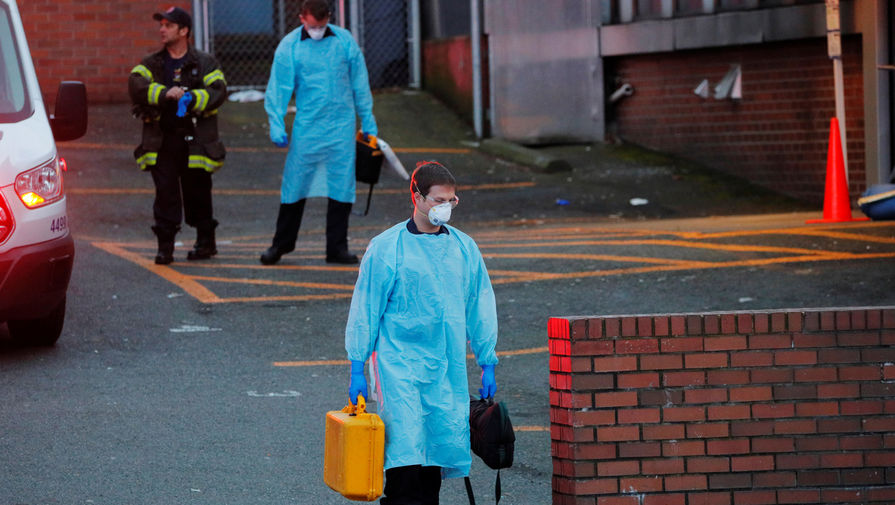 USA came in first place in the world in number of people infected with coronavirus, ahead of Italy and China, noted in the Johns Hopkins University. American President Donald trump explained these figures a good test system. In addition, from other countries, the US is distinguished by a low mortality rate among the infected.

USA surpassed China in the number of cases of coronavirus. This is according to the Johns Hopkins University, which conducts calculations based on the Federal and local statistics. According to the given information, in the United States for more 82,4 thousand cases against 81.8 per thousand in China and 80.5 thousand in Italy.

China, where in December were first discovered the disease, all this time was leading in the number infected. Italy became the epicenter of the pandemic in Europe. The U.S. went through both of these countries one day.

While the University stated that the United States is much fewer victims compared to the total number of detected cases. There died 1178 people whereas the number of deaths in China — 3291, and in Italy — 8215. However, experts acknowledged that directly, these figures can not be compared, since it is not known, the country in which more cases where they are better recorded. In addition, the majority of the infected people in the United States and Italy have not recovered so far, therefore, to draw conclusions about the outcome of the disease prematurely.

In the first place in the world list of countries by number of cases of coronavirus, the US withdrew and the New York Times, citing its own calculations.

The President of the United States Donald trump explained these data “a tribute to the test”. However, he denied the information that in the United States, the coronavirus has infected more people than in China. “You don’t know what the numbers in China,” — said the head of the White house.

Authorities fear worsening of the situation with the disease, therefore, began to take additional measures, according to CNN.

In particular, the us Senate has approved a package of assistance to the economy of $2 trillion. In addition, new York building extra morgues and prepare the trucks in case of need of removal of a large number of deaths.

Despite these fears, March 25, trump said the TV channel Fox News that would lift restrictions on entering the United States from countries with complex epidemiological situation for Easter is 12 April in the Gregorian calendar.

For a couple of days before Bloomberg with reference to sources reported that the US President is considering return of Americans to work remotely on jobs. According to the Agency, trump in a narrow circle has already started the discussion “the return of the nation to normal life.”

At the same time, in the opinion of the representative of the who, Margaret Harris, quoted edition of South China Morning Post, USA can become the new epicenter of the coronavirus. “Now there is a rapid increase in the incidence in the United States. So, they do have such potential. We can’t say that this is so, but it could potentially become a reality,” said Harris.

Russian Ambassador to the USA Anatoly Antonov said on 25 March that Russia if necessary is ready to help US in the fight against coronavirus infection.

“Our test kits have shown its high quality in China, Iran, and transferred to Italy. Ordinary Americans should know — Russia, if necessary, will be ready to help and the United States, as was repeatedly offered assistance in fighting fires in California”, — stated in the message of Embassy of the Russian Federation in USA in Facebook.

Antonov called pandemic coronavirus, which on March 11 declared by the world health organization (who), global threat, an affront to humanity. He stressed that it is necessary to struggle joint efforts, and urged to abandon outdated logic of dividing countries into political blocs.

Russia is already helping in the fight against coronavirus Italy. March 21, agreed by Russian President Vladimir Putin and Italian Prime Minister Giuseppe Conte. Already on 23 and 24 March at the Italian air force base “Practices de Mar” near Rome arrived 14 aircraft of Russian air force with virologists, epidemiologists and the necessary equipment on Board. March 25 flew 15 aircraft. The work of Russian specialists in Italy to begin March 27.