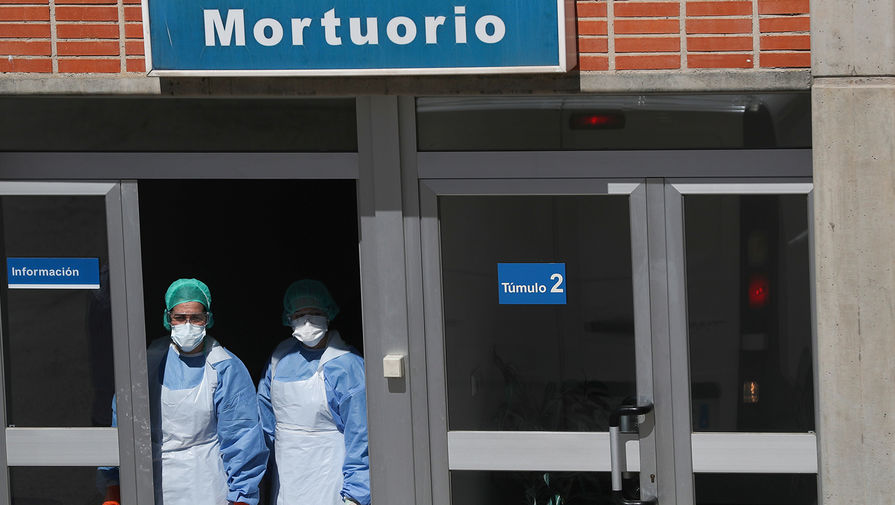 The political system has complicated the struggle of Spain with the epidemic of the coronavirus. Regional leaders came into confrontation with the government of Pedro Sanchez, accusing him of usurpation of power. Meanwhile, the country ranks second in the world in terms of mortality from COVID-19.

Spain surpassed China in the number of deaths from the coronavirus and is now second only to Italy. 4934 Spaniards were victims of the pandemic. This number is growing at an alarming rate, and Spain in the near future may well take on the role of the main hot spots in Europe.

Prime Minister Pedro sánchez compares the damage from spreading of coronavirus of war and urged the Spanish people to handle this crisis together.

Meanwhile, the disunity of Spain has put the country in such a vulnerable position.

Although, technically speaking, Spain is considered to be a unitary state, de facto it is one of the most decentralized countries in Europe. Spain is an Association of the 17 Autonomous communities, with five of them — Catalonia, Basque Country, Navarra, Galicia and Andalusia — have expanded autonomy. Each of them has its own health care system, acting at its discretion and without the consent of neighbors.

This form of government has greatly complicated the adoption by Spain of the overall strategy for responding to the situation with coronavirus.

The Central government under the leadership of sánchez took serious restrictive measures. According to the Prime Minister, “without a doubt, the toughest and strictest in Europe and are among the most stringent in the world.”

However, this caused discontent in the regions.

Not possessing unquestionable authority the Prime Minister has faced resistance from local leaders. They took the introduction of a state of emergency as an attempt of usurpation of power on the part of Sanchez.

The virus caught Spain at a time when the country is only beginning to recover after a decade of recession. While still modest economic growth was achieved due to severe savings, which led to the closure of entire wings of some hospitals.

Faced with a shortage of masks, protective equipment, beds for intensive care, test kits and ventilators, regional government, lacking financial resources, independently from each other trying to buy everything you need in China and other countries. However, the introduction of state of emergency stopped this practice.

The President of the Autonomous community of Madrid accused the Central government of hindering the procurement of its region tests for coronavirus. This is Madrid became the center of the spread of the disease in the country. To cope with this, the government of Sanchez introduced restrictive measures in the region, and it struck at the political reputation of the President of Madrid.

Such conflicts between the government and the regional authorities soon began to flare up across the country.

Sanchez and his government imposed new restrictions, and the money they were losing regional power.

The worst situation is in Catalonia where the separatist mood of the government with great skepticism refers to all the measures of the Central authorities. In this region the Sanchez appeal for national unity was perceived as an attack on the autonomy of the regions. The problem lies in the fact that Madrid, Catalonia and the Basque Country is another region with separatist sentiments — are the most industrial developed regions, whose economies restrictions hit hardest.

In this case, when the spread of the coronavirus acquired a frightening scale, these regions began to criticize the government for lack of resolve.

For example, the representative of the separatist party “Catalan Republican left” Gabrielle Ruffian accused Sanchez in “delay and incompetence that lead to the loss of votes, and lives.”

“We can understand that each measure seems inadequate, but just a week ago it might seem excessive,’ replied Sanchez. — The restriction of freedoms is what a democratic government can only do when absolutely necessary.”

The call for unity was supported by king Philip VI in his first address to the nation since the start of the epidemic: “We should put our differences aside. We need to unite around a single purpose: to overcome this serious situation. And we need to do this together.”