In Russia there is a drug that can effectively treat a coronavirus infection. It is based mefloquine — an antimalarial drug. This was stated on Saturday by the Federal medical-biological Agency, through its leader, ex-Minister of health Veronika Skvortsova. In fact, about the impact of mefloquine on the SARS virus species was known in the early 2000s. About new and old treatment methods may soon be used in our country for the treatment COVID-19, found out “MK”. 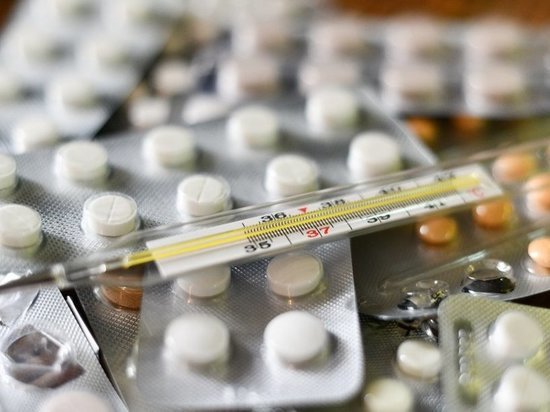 FMBA — organization, which is one of the first to react to the danger of the spread of various pandemics in the country, of course could not stay aside and the case with the coronavirus SARS-CoV-2. It turned out that their focus on mefloquine as a possible means of combating coronavirus here drew attention in 2002, when scientists puzzled over the methods of treatment remain virus SARS-CoV.

The drug from malaria, will be useful for COVID-19

The drug is very well proved as a means of selectively affecting mainly the cells of the virus, – explained in the FMBA. – It blocks the so-called cytopathic effects (degenerative changes in cell culture, associated with the multiplication of viruses — Ed.) and its spread. However, by itself it would not have been as effective if it has not developed a Supplement. In complex cases, very effective was the use of so-called macrolide antibiotics and synthetic penicillins. They prevent the formation of secondary bacterial and viral syndrome and allow you to increase the concentration of antiviral drug in plasma and lungs.

Offer our scientists use mefloquine to combat the coronavirus have supported American and French infectious disease specialists, who also took the drug on Board. He proved to be less toxic than ribavirin used in the treatment of patients during the outbreak of SARS in 2002-2003.

– Ribavirin is a powerful antiviral agent that is used in the treatment of influenza and in the treatment of hepatitis C. However, he has a fairly specific side-effect — except for the virus in the body, it kills more useful, and leukocytes with platelets and the drug must be less toxic than the disease, – said the “MK” the infectious disease specialist, doctor of higher category, honored worker of health Igor Shtunder.

According to Shtunder, the list of the Ministry of health are now three tools to combat coronavirus infection. It is the same ribavirin (it’s used against complex cases of the flu and hepatitis C), interferon and lopinavir+ ritonavir (integrated drug against HIV infection). If the complex on the basis of mefloquine will pass all the necessary tests, perhaps it will soon include in the above list.

“Plasma is a good remedy for all severe cases”

Another effective remedy against serious viral infections, doctors believe the plasma recover them people. At the time when the outbreak of the Ebola virus in Africa to virologists who went there urgently, managed to successfully prove.

– Blood plasma – a General tonic that has a good effect in all difficult situations, – says Igor Shtunder.- Plasma recover from whatever virus disease contains antibodies. Ideally, produce from it a substance immunoglobulin — concentrated antibodies to a specific disease. But, for example, in China when dealing with the current coronavirus physicians used pure plasma. It was attended by ready-made antibodies that ready was like a serum against rabies, to fight the virus in the body. It is the fastest to date way to fight against the virus, and this view is supported by many Russian infectious disease specialists.

– Why the Chinese used the plasma and not the immunoglobulin?

To create immunoglobulin need a lot of plasma and time for processing. And there, as we know, the account was in hours and minutes.

– We use the plasma in the treatment of patients with coronavirus?

– I do not know. But I want to emphasize that our more conservative treatments often benefit.

– Speaking of innovations. In recent days, have been actively promoting information about the dangers of some of the new drugs from the category of immunomodulators, allegedly causing the effect of “cytokine storm”. What is this phenomenon and how you feel about him?

When the virus enters the body, it causes a reaction. The immune system to everyone, and are involved in all the substances that can fight infection. Cytokines — among them are substances with anti-inflammatory action. So here are some experts came up with the theory that if in addition to the natural production of cytokines is added to their additional “detachment”, stimulated by tablets immunomodulators, there is an overabundance of them, or so-called “storm” which creates a negative effect, depleting the body.

I think this version still requires proof of additional studies. We can not exclude in this case the influence noads companies among manufacturers of pharmaceutical products. There is irrefutable evidence of the use of immunomodulators, especially at the stage of prevention of diseases.