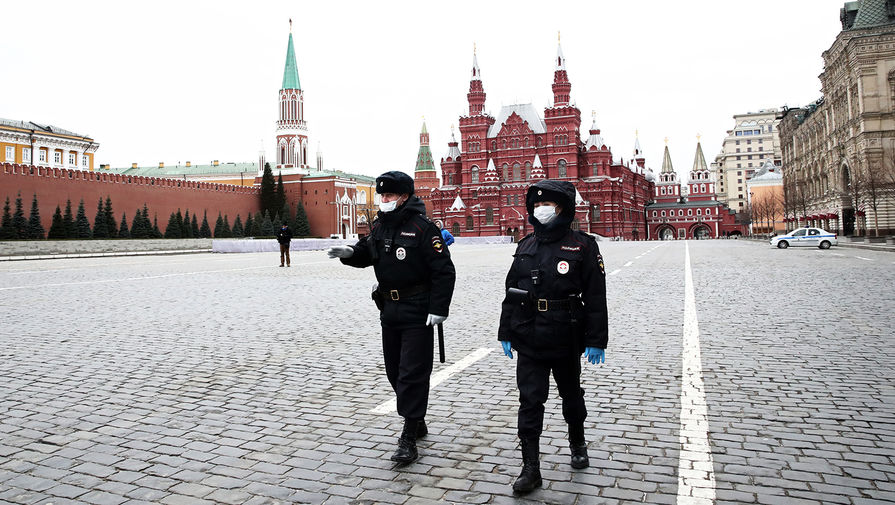 The draft law on the right of the government to impose high alert and emergency throughout the country or in certain regions adopted by the state Duma in the first reading. According to the initiative, the Cabinet will have the right to establish rules of conduct for citizens in these modes. Thanks to this law, authorities will be able to more effectively fight the spread of the COVID-19, according to the government.

The state Duma in the first reading adopted the government bill on the right of the Cabinet to enter regimes of high alert and emergency situations (ES) on the territory of the Russian Federation or in its separate regions. About it reports “Interfax”.

In addition, amendment No. 931192-7 will give the government the right to establish rules of conduct for citizens in these extraordinary modes as well as to coordinate a unified state system of prevention and liquidation of emergency situations.

The reasons for introducing these modes will complement the item “the spread of the disease, representing a danger to others”. In addition, if there is introduced a state of emergency or threatened threat of mass infection, the Cabinet will for up to 90 days to restrict the sale of medicines wholesale and retail as they prepared the list, and also receive the right to regulate the handling of highly important drugs.

In exceptional cases, the government may acquire the right to impose a moratorium on the initiation of bankruptcy cases. The Cabinet believes that

the adoption of this law will help officials more effectively to combat the coronavirus pandemic and protect the health of Russian citizens.

Yesterday the Public chamber of the Russian Federation on the background of the pandemic coronavirus sent to both chambers of the Federal Assembly of the list of proposals for the second reading of the draft law № 931192-7 “On amendments to certain legislative acts on prevention and liquidation of emergency situations”. One of the main ideas — the spread envisaged in the bill the measures to support SMEs in the non-profit sector.

According to the Secretary OP Lidia Mikheeva, in the current epidemiological situation is important because a number of NGOs are engaged in volunteer activity that is currently particularly in demand.

A week ago the President of Russia Vladimir Putin has approved amendments to the law “On circulation of medicines”, allowing the government to regulate the price of medicines.

In accordance with the decree, the government has the right to establish maximum retail prices for medicines and medical products during a pandemic or emergency situation.

In addition, the Cabinet has the opportunity to establish the maximum selling prices of producers and allowances to them, taking account of the value added tax (VAT). The decree States that the government can regulate prices, if in several regions of Russia noted the unjustified price increases of more than 30%. However, the government can fix the prices of drugs only for 90 days.

Now under medical supervision due to suspected coronavirus infection in Russia are 201 623 people, announced March 31, the press service of Rospotrebnadzor. In the country held almost 536 669 laboratory studies to identify the COVID-19. According to the latest data, in Russia contracted coronavirus infection 2337 people, recovered — 121 the patient, another 17 people died. The majority of cases identified in Moscow, the city is now set at the isolation of the inhabitants of the capital call required to stay home without extreme necessity not to leave the shelter.

In early February, Chinese scientists from South China agricultural University and laboratory published evidence that probable intermediate carrier of the disease can be pangolins, which are, roughly speaking, a hybrid of the anteater and Armadillo. According to studies, the positivity rate of metachronous in pangolins is 70%, while the genome sequence isolated from animals of the strain is 99% identical with those from which the infected person receives.

Coronavirus is transmitted by airborne droplets at a distance of 1-2 meters. In addition, you can become infected through contact with dirty hands to the eyes. The main symptoms — dry cough, shortness of breath, until respiratory failure, fever, weakness.

Sometimes the disease goes without pneumonia and is accompanied by only the occasional dry cough and low temperature. The probability of infection from a patient with such symptoms were not reduced.