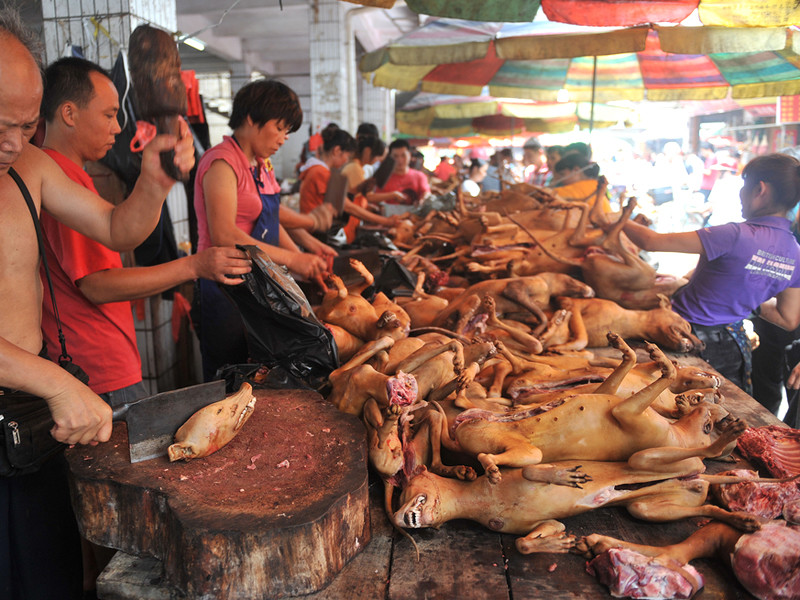 Shenzhen became the first city in China, where it is now prohibited to sell and eat the meat of cats and dogs. The law will come into force on 1 may, reports CNN.

In February, the Chinese authorities have banned the sale and eating of wild animals, because it is assumed that the culture of eating their meat in food have created the conditions for the emergence of the virus that causes Covid-19.

According to Humane Society International, every year in Asian countries for meat slaughtered 30 million dogs. In China eat dogs, not all, the vast majority of Chinese have never tried dog meat and don’t feel the desire to do so, reports “Russian service of BBC”.

“Dogs and cats of all animals managed to become the closest people in as Pets, so a ban on eating dogs and cats and other Pets is normal practice in developed countries and also in Hong Kong and Taiwan, the statement of the administration of Shenzhen. – This prohibition also meets the requirement and spirit of human civilization”.

The prohibition extends to other animals that are kept as Pets. While permitted to eat pigs, cattle, sheep, donkeys, rabbits, chickens, ducks, geese, pigeons, quail, as well as inhabitants of rivers and seas.

For violation of the new law provides a fine of 30 times the value of the animal, if it is above 10 thousand yuan (more than 1,4 thousand dollars).

Organization Humane Society International, defending animal rights, welcomed the decision of the city authorities. “This could be a landmark event in the fight against this terrible phenomenon, which every year in China killed 10 million dogs and 4 million cats,” – said the representative of Peter Lee.

Recall that the coronavirus SARS-CoV-2 that causes disease Covid-19, first came to the human body in Wuhan city, Hubei province, and then began to spread around the world, causing a pandemic. To date, infected more than 981 thousand people and over 50 thousand of them died.

Scientists came to the conclusion that the coronavirus was originally in the body of bats. And then together with the excrement fell on the forest ground, where the infection got pangolin, been snooping round insects. From this mammal, the virus is probably transmitted to man.

Presumably, the epidemic of the coronavirus began at the market in Wuhan, where they sold live animals and downtrodden, including parts of carcasses of camels, koalas, bamboo rats, squirrels, foxes, civet, hedgehogs, porcupines, salamanders, turtles and crocodiles. Among them could be, and pangolins.

Chinese authorities have recognized the need to control wildlife trade, to prevent another outbreak of a dangerous disease. Many viruses, which caused noise in recent years, crossed over to humans from animals: Ebola, HIV, SARS and now mers.

However, to complete the trading will be hard. In the Chinese culture is deeply rooted in the use of wild animals not only for food but also for the needs of traditional medicine, clothing, and jewelry. In addition, some of them are kept as Pets.