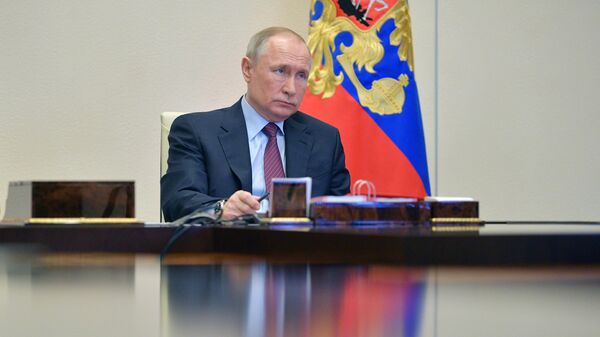 As noted in the Kremlin, the sides discussed issues related to the negotiations within OPEC+, in particular the decline in oil production.

Earlier, the Russian leader held talks with U.S. President Donald trump. During the conversation heads of States discussed the situation in the oil market, as well as measures to combat coronavirus. The interview took place at the initiative of Washington.

On the eve of the OPEC members+ adopted a Declaration on cooperation to stabilize the oil market on the condition that an agreement will join Mexico. The new agreement provides for a reduction in raw material extraction in three stages.

But then President Andres Manuel Lopez Obrador said that he agreed with the US on the reduction. The head of state explained that Mexico will reduce production at 100 thousand barrels, and the American side, in turn, will further reduce production by 250 thousand barrels. Trump subsequently confirmed this agreement. The US President added that Mexico would later reimburse the difference to Washington.

Oil prices have fallen sharply in early March, as OPEC members+ then are unable to agree on the extension of the transaction or the face of declining production. From the first of April from all countries of the Alliance, was lifted.

However, in recent days, commodity prices began to rise amid reports of a possible new deal.