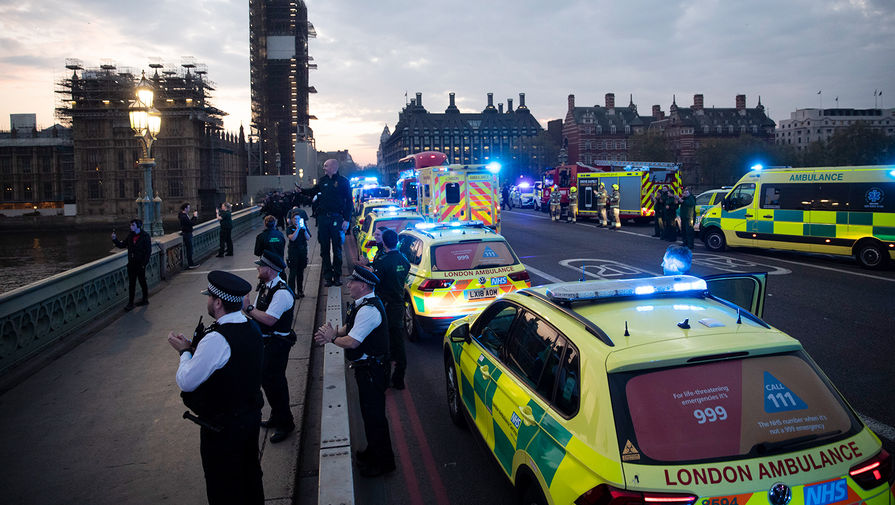 The official representative Boris Johnson said that Britain does not intend to extend the transitional period after Brexit, during which the London and Brussels need to agree on all aspects of their future relationship. That the parties will be able to do it at the end of 2020 caused distrust in Europe since the beginning of negotiations. Now, however, during a pandemic coronavirus, the chances of creating a new agreement even less.

The UK is not going to prolong the transition period, during which it must negotiate with the EU about the terms of their future trade relations.

“We will not prolong the transition period after Brexit, and even if Brussels asks, we refuse. To better clarify this issue now and remove uncertainty for business”, — quotes the Financial Times the words of the representative of the Prime Minister, Boris Johnson.

The transition period ends in December 2020. Moreover, this period was defined in the early stages of negotiating the terms Brexit, when it was planned that London will leave the Commonwealth on March 29, 2019. That is, the parties then allocated to this process for 21 months. But since Brexit took place only on January 31 this year, a transition period has been cut in half. However, this argument for the UK government is not significant.

The negotiations started on March 2. Even then, their successful completion in such a short time caused skepticism in Europe. Even before the discussions it became clear that the sides are too different positions.

In late February the British government published a 30-page document that outlines a vision for London’s future economic relations with the EU. The position of the United Kingdom commented on European officials and, as it turned out, the controversy between the parties too much.

London hopes that the EU legislation in any degree will not operate in the UK. United Kingdom also plans to enter into separate agreements for different areas. For example, in the field of fisheries the government would like to restrict access to their waters to European fishermen.

The EU wishes to negotiate one comprehensive agreement to preserve access to British waters, as well as the action of some part of the legislation.

Overall, Boris Johnson intends to conclude with Brussels deal on free trade similar to the one that the EU has with Canada. In March, the United Kingdom planned to agree on a common plan deals with the EU in the next four months and to complete it by September. However, the expectations of the British government had already caused the skepticism of experts.

“The agreement with Canada, the EU prepared almost seven years. Britain, in fact, wants to do the same document, only for 11 months, even less,”

— said in a conversation with “Газетой.Ru” associate Professor of the Department of European law of MGIMO Nikolay Topornin.

In addition, the EU insists that the admission of great Britain into the European market, it must go on complying with all regulations and trading standards. For London this requirement is unacceptable, he refers to his sovereignty.

Brussels also fears that Britain, which, as a former member of the EU, is well-versed in the European market, following your trading rules and standards, can undermine competition in the market, bribing, for example, lower prices.

“There is no need to the free trade agreement meant a recognition of the rules of EU policy in the field of competition, subsidies, social protection, environment or anything like that, — replied Johnson. — UK will maintain the high standards in these areas — in many ways better than EU standards — no mandatory inclusion in the contract”.

At the same time, the Prime Minister hinted that if Brussels did not agree to its terms, London is ready for another format of relations, less profitable.

“The choice is not strictly between deal and no deal. The question is whether we agree to trade relations with the EU, comparable with Canada or with Australia,” he said.

In a paper published by the UK government, it is reported that in case the parties cannot come to an agreement on free trade, Britain proposes to build future relations based on the rules of the world trade organization.

In early March it was hard to imagine that may further reduce the chances of the EU and create trade agreements in September, as planned by the British government.

However, after a few days the next round of consultations took place by video link because of the pandemic coronavirus. Soon the head of the delegation of the European Union, Michel Barnier became infected with the coronavirus. Then the symptoms of the disease appeared at the head of the British delegation, David frost, and he also isolated themselves.

The parties continued interaction. However, online negotiation can not completely replace personal meetings.

“Video conferencing, even when they will be able to carry out, can not replace face-to-face meetings. No formal quorum, nor conversations on the sidelines, nor confidentiality of the talks. Difficulties in working with texts”, wrote in early April the dispatch, published later by Spiegel, the German Ambassador to the EU, Michael Klauss.

Does not contribute to negotiations and the impact of the pandemic on the economy of the EU and the UK. Now governments around the world abandoned all efforts to combat coronavirus and damage to the economy that it causes. The negotiation of a trade agreement is quite important and complex process that requires the serious attention of the British government, European officials and the leaders of the EU.

From Europe have repeatedly heard calls to extend the transition period. The head of the International monetary Fund Kristalina Georgieva urged the parties not to refuse such possibility in connection with complicating negotiations pandemic COVID-19.

In mid-March, European Commission President Ursula von der Leyen, the radio station Deutschlandfunk said that the EU in connection with the spread of the coronavirus is open to the possible extension of the negotiations with great Britain.

“We are open for negotiations, but the decision should accept the government of Boris Johnson. We are here occupied a strong position, she said. In the interests of the British people to stay part of the overall market. We are ready to negotiate, and it’s important.”

Then the Commissioner of the European Parliament on Brexit, David McAllister said the publication Funke, pandemic oslojnenny the already ambitious plan negotiations.

“From the European side we are ready to extend the transitional phase up to the end of 2022. For this the United Kingdom needs to send the appropriate request,” said he.

The Deputy head of the European Parliament Katarina Barley said that even with the continuation of the negotiations in a videoconference mode, this process will not be fruitful for the parties.

“Now all efforts should be designed to consistently fight the pandemic, she said. — The threat of a Brexit hard, accompanied by chaotic conditions and the economic loss, is currently an unnecessary burden for both parties. In this regard, the transition period should be extended”.

April 15, Michel Barnier, David frost talked by video link and agreed to hold the next talks in April, may and June, lasting a week.

“We need real, tangible progress in the negotiations until June. We must move in all fields,” wrote Barnier in his Twitter after talks with frost.

If Britain and the EU fail to agree on agreement, and the transition period is not renewed, on both sides again, just like last year, will hang the threat of a “hard” Brexit.

Even more damage to the EU economy and the UK will cause a pandemic of mers in connection with the already disordered preferred gap is quite undesirable option.

“Still, they will probably tend to being able to roll over [the transitional period], to have more time to work on a new agreement in a calm atmosphere, — says Nikolay Topornin. — Johnson doesn’t want to totally break with the EU, realizing that the British economy is very important, especially after the pandemic. All fall into a deep economic crisis — the fall in GDP is projected at 5-6%. They will pursue serious troubles: unemployment, maybe inflation. In these conditions, probably they will use all the tools in order to mitigate the economic consequences.”