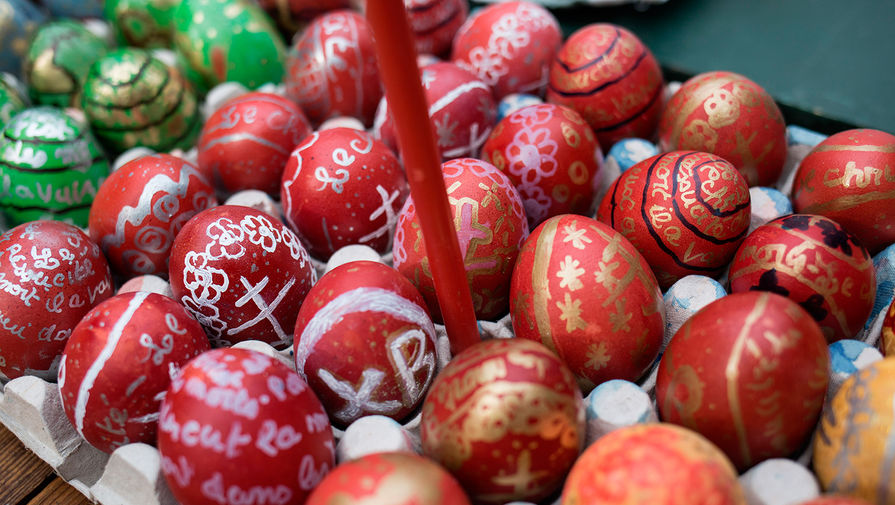 Pandemic coronavirus causes to abandon the usual celebration of key religious festivals — Easter, Passover and Ramadan. The ban on mass events applies to believers, which causes some friction between the authorities and religious figures. As a pandemic limit believers in the material “Газеты.Ru”.

In the world, according to the latest data, there were more than 2.3 million cases of infection with the novel coronavirus COVID-19, and the number of victims exceeded 160 thousand people. To curb the pandemic, most States have resorted to severe restrictions, particularly the prohibition of mass events, and also try to close all places of a big congestion of people.

At the last point get objects that are important to believers, and then the situation is somewhat more complicated than the suspension work stations or airports. For the most part, religious organizations are separate from the state and just ban is not possible.

In addition, each country should take into account the total number of certain believers, and General religious population.

This creates for the authorities certain risks, so as to alienate potential voters unprofitable, and possible protests can only aggravate the epidemiological situation.

The main problem also lies in the fact that the height of the pandemic fell on an important period for representatives of three faiths — Christians, Jews and Muslims. In April, celebrated the Orthodox and Catholic Easter, Passover and begins the month of Ramadan. They all involve the satisfaction of certain conditions, for believers, in particular, prayers in churches, synagogues or mosques.

Performing services during a pandemic promises a possible surge in the incidence, which could significantly undermine the struggle of a particular country with the coronavirus. However, not each government decided on the complete closure of the prayer ground.

If we talk about the countries in which the majority of the population professes Christianity, there is a difficult situation is observed in Armenia.

Despite the introduction of state of emergency, authorities have been unable to achieve complete closure of churches. In so doing, the government interferes with the Armenian Apostolic Church (AAC), which formally supports the restrictions but in no hurry to cancel Sunday services.

As said the Bishop of Artsakh (Karabakh) diocese of the Armenian Apostolic Church Archbishop Pargev Martirosyan, completely block programs in churches can only be the Catholicos, the Supreme spiritual person.

A number of representatives of the Armenian Apostolic Church called the coronavirus “God’s punishment”, and some did allude to the movement of the world “to destruction” by the pandemic. However, basic sanitary recommendations of believers in Armenia urge to follow, and the sermons were translated into an online format following the example of other countries.

A similar situation is happening in Georgia, which also operates a state of emergency and the Church partially continue their work.

Not afraid of the Georgian Orthodox even a curfew — it operates from 21.00 to 06.00. According to the chief infectiologist of the country, Amiran Gamkrelidze, Georgia already is one step away from introducing a full quarantine, and the celebration of Easter may worsen the situation.

However, to completely close the Church authorities were not faced with incomprehension on the part of religious leaders, the Georgian Patriarch made an open call refers to the virus with humility. In the end, the Georgian government only promised to provide necessary security measures during the festival and assured that in close coordination with the churches.

At the same time in the US, all the churches were closed successfully in late March, but the religious leaders, in General, agree with harsh measures, believing them to be necessary. A large part of religions on American soil moved to the online format, which unexpectedly led to the emergence of various preachers-healers.

For example, a leading religious transmission “Victorious voice of the believer” Kenneth Copeland tried to cure its audience from the coronavirus in the comfort of the Studio.

In this disease it is linked with the devil, thereby refuting the words of his colleague Rick Walesa — he claimed that the virus was sent by God to clean the world from sin.

Overall, understanding of the pandemic are in Europe, the main temple of the same Vatican closed to visitors as the Church in the leading European countries. However, there are exceptions, in particular, Sweden does not limit its residents at Easter, only asking them to act responsibly.

In Poland the priests along with authorities found an interesting solution for the consecration of food in the occasion. The churches will be on display tables on which the priests every hour will carry out the necessary actions. Everyone will have to wait their turn and observe the measures of social distancing and other precautionary measures.

Perhaps the most difficult in this period is Israel, which is part of the Holy land for all three religions — Jerusalem. If temples and mosques have been closed for parish, leaving the priests to carry out the necessary service, then with the Jews on the eve of Passover problems.

The Israeli authorities have consistently increased restrictions before the pilgrim feast. As said Prime Minister Benjamin Netanyahu, this crucial time in which the issue between life and death.

However, the prohibitions have decided to ignore the Orthodox Jews of Jerusalem who organized a protest against the government.

In an attempt to stop worship services in accordance with the government’s measures they called the police “Nazis” and threw stones at them, balls and metal rods. According to The Jerusalem Post, urged the faithful to take to the streets rabbis in their synagogues, which eventually led to clashes with law enforcement.

Authorities had to close the “rebellious synagogue,” writing out fines to protesters Orthodoxy. By the way, dispersed the protests with water cannons and stun grenades, which only added to the anger of some religious leaders against the government.

It should be noted that Orthodox Jews have from the beginning refused to follow the recommendations of the authorities to combat the pandemic, which creates the risk of a major outbreak of the disease. Their share among the population of Israel is about 12% to 60% of their number are already in hospitals.

The pandemic creates difficulties for the Muslims, who did prepare for Ramadan. For example, closed an important place for pilgrims of Mecca and Medina in Saudi Arabia. In addition, for citizens of the country mass meeting for prayer and visiting mosques.

On the example of two other faiths, Muslims are moving to the online format of the worship services and various events. In Muslim countries, authorities urged residents to comply with the necessary social restrictions and other precautions. In General, religious leaders support the efforts of governments.

In particular, Iran’s Supreme leader Ayatollah Ali Khamenei called on Iranians to pray at home during the Muslim Holy month of Ramadan from the outbreak of the novel coronavirus.

“In the absence of such public meetings in the month of Ramadan, prayers, speeches, of which we are deprived this year, we should not neglect the prayers during our loneliness,” — said the Ayatollah.

However, it is not without excesses, in Kyrgyzstan received wide publicity, the cases of Muslims who made a pilgrimage to Mecca, despite the restrictions. After returning home, they celebrated a successful pilgrimage in accordance with the traditions. At one of these events, the virus has infected about 150 people.