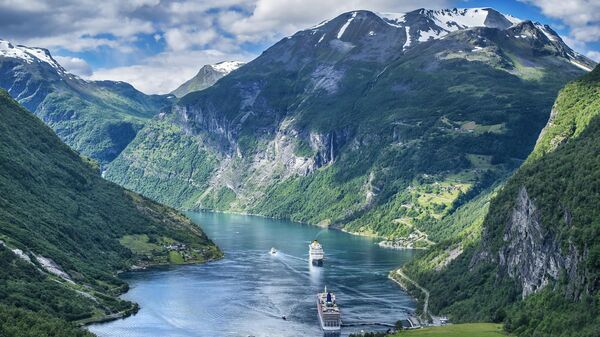 A group of archaeologists found in the Norwegian glacier Landrin due to climate change and the melting of ice thousands of artifacts that indicate active use of the mountain pass in the Viking age, reported in the archaeological journal Antiquity.

“Artifacts discovered thanks to melting ice, point to the use of 300-1500 ad, and the maximum activity was observed around the year 1000 ad, during the Viking age – a time of increased mobility, political centralization, the growing trade and urbanization in Northern Europe”, – stated in the journal.

As noted in scientific work, once in 2011 on the glacier found a tunic in the same area was found about “800 artifacts, 150 bones and deer antlers, more than 100 stone embankments and foundations of stone buildings”. In particular, archaeologists have found “the wreckage of the sleigh”, canes, horseshoes, as well as “everyday objects”, for example, tunic, mitten, some boots made of leather and fragments of textiles.

The specialists underline that “only the rich archaeological material of this place is illustration of the long-existing system of seasonal transhumance” in a mountainous area and can help in exploring the mountain passes in General.