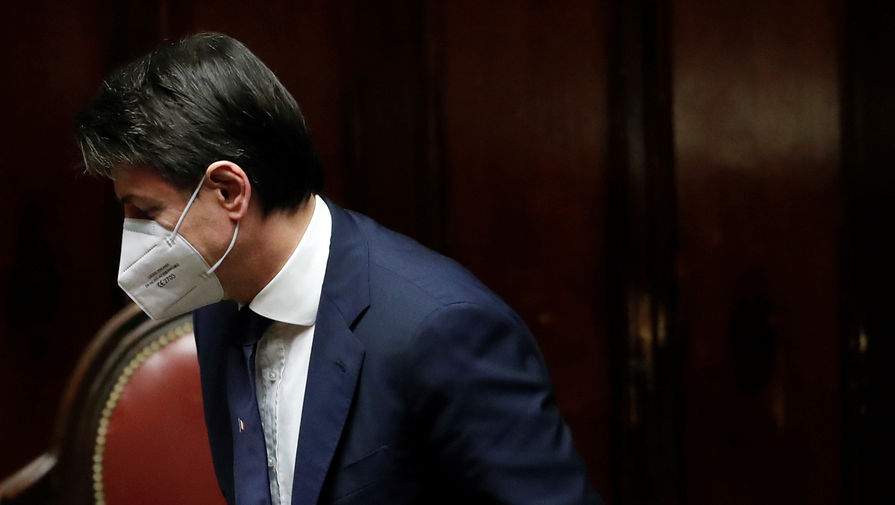 The Prime Minister of Italy, Giuseppe Conte will have to defend in front of the leaders of the European Union the interests of the country at an emergency EU summit on 23 April. Rome stands against using the European stability mechanism — opponents Conte perceive his statement as an encroachment on the sovereignty of the country. The government of Italy can not be called strong, and the outcome of tomorrow’s negotiations could affect the position of the Prime Minister.

The Prime Minister of Italy, Giuseppe Conte is preparing for an important battle with the EU leaders. April 23, the heads of member countries of the European Union will hold talks by video conference to decide on the financing arrangements for the Fund the European economic recovery after the pandemic coronavirus.

Earlier, the Finance Ministers of EU countries agreed on an aid package with a volume record €540 billion Problem, however, is how exactly to dispose of these assets.

Germany, Austria and the Netherlands propose to use the familiar method of application of the European stability mechanism (ESM), to which the EU came during the Greek crisis of 2012. In the budget of the Fund is €410 billion to provide financial assistance in exchange for introduction to recipient countries, austerity policies, as in Greece, Portugal and Ireland.

Italy, however, opposed, and in this it is supported by Spain, France, Greece, Belgium, Portugal, Ireland, Cyprus, Slovenia and Luxembourg. Under the leadership of Rome they insist on creating “coronamento” — a common debt instrument to borrow money on world markets.

However, Italy is still at the negotiations tomorrow there is a trump card — the guilt of Brussels to Rome. On 16 April, the European Commission President Ursula von der Leyen has officially apologized on behalf of the EU to Italy for insufficient assistance to the country, when the virus began to spread. But this kind of support this country has provided Russia and China.

“There’s nothing to argue about — Italy was left alone,” stated Conte in an interview with Süddeutsche Zeitung.

Such conditions create for Conte a difficult situation at home. The debate in Italy on the admissibility of the use of ESM is closely intertwined with the contradictions in internal policy of the country. Opponents of the Prime Minister argue that this mechanism can jeopardize the sovereignty in Italy even if Rome get the money on easy terms.

“Someone has his eye on Italian gold”, — said earlier in an interview with broadcaster SKY Tg24 is the leader of the most right populist party, the “League” Matteo Salvini.

Criticizing plan for the use of ESM, the main eurosceptic country Salvini said that “the Italians are all associated with the ESM, in the end, reminiscent of what has already happened with Greece selling its ports, airports, palaces, monuments and even gold.”

In late March, the leader of the “League” has threatened the EU with Italy’s exit from the Commonwealth because of too slow reaction of Brussels to the pandemic. If tomorrow Conte lose the battle at the EU summit, it is likely that the opposition will build momentum and will be able to take advantage of the situation for a new flurry of criticism of the EU and at the same time the Prime Minister.

Wednesday Salvini told reporters that Italy should not depend on “neither from Berlin nor from Beijing”, alluding to the choices that may become the Rome for assistance. If the question is put thus, then, according to the policy, you need to choose the third way is to rely only on themselves.

“League” has repeatedly criticized Conte, when he showed willingness to compromise on using ESM. For example, to agree on a mechanism, if the conditions for its granting would be easy.

“Yes, from the ESM in Italy a bad reputation. We have not forgotten that from the Greeks during the recent financial crisis has demanded unacceptable victims in exchange for loans. And I fundamentally skeptical towards the ESM,” said Conte Süddeutsche Zeitung.

The question then is, how will it apply to the provision of mechanism without strict conditions, the Prime Minister replied evasively: “we’ll See whether the new credit line will be without conditions.”

As noted in conversation with “Газетой.Ru” the Director of the Center for comprehensive European and international studies Timofey Bordachev, now Conte will be the support of France to move to get the best position from the EU.

“The ESM is nothing Italy does not, he deprives her of the right to manage the finances and more puts Italian politics under the control of the leading EU countries, primarily Germany. The use of the mechanism at mild conditions is the maximum for which Conte can now be calculated and it will be acceptable to the Italian version,” — said the expert.

The situation Conte is complicated by the coalition government, and its status as a political leader without a party. The ruling coalition formed from the leftist “Five stars” and the center-left Democratic party (PD).

After the parliamentary elections of 2018, the ruling majority is formed is not without difficulties. The negotiations lasted for three months. Then the leftist “Movement five stars” received 32% of votes, and nationalist “League” in the center-right coalition, which included “Forward, Italy” and “Brothers of Italy”, gained 17%.

Initially, “Star” tried to form a coalition with the Democratic party that was in power before. But the Democrats refused to join the Union and chose to go into opposition. “Five stars” in the result, they formed the ruling majority with the “League” that came out of the center-right coalition, to join the Alliance.

A year later the Alliance between the two parties cracked and in August, the movement got rid of the partnership with the “toxic” “the League”. The collapse of the coalition declared himself Matteo Salvini. His party, in contrast to the “Five stars”, by contrast, has grown in popularity — affected, for example, the migration crisis in Europe.

Announcing the collapse of the coalition, the politician was counting on early elections, which resulted in the “League” could get a comfortable majority, to get rid of the partners and the leader of the party to become Prime Minister.

In August, Giuseppe Conte announced his resignation and commenced the formation of a new government by agreement between the once enemies of the “Five stars” and the DP.

However, this coalition cannot be called durable. Political future while Conte remains dependent on continued support of “Five stars”, which without his participation choose the leader of the party, and also lead the debate on the future of the political force and the vector of its direction.

Coronavirus pandemic, which has affected Italy and Spain in most other European countries, found Rome during the fragile government balance. According to the latest data, the country identified 183 957 cases, of which 24 648 — fatal.

However, during a coronavirus, the government of Italy was able to set aside political differences on the backburner and concentrate all efforts on the fight against the pandemic, by entering a total quarantine.

Overall, the Italians praised the Prime Minister coped with the pandemic. According to an Ipsos survey, more than 60% of the country’s citizens supported his work during the crisis. As noted by political columnist for La Stampa, Fabio Martini, Giuseppe Conte “demonstrated unusual skills of mediation”.

However, the situation could easily change when the coronavirus will remain in the past and Italy will face its economic consequences.

According to the International monetary Fund, the Italian economy will fall by 9% this year compared to the average in the Euro area 7.5%. One of the reasons of such consequences is the height of the epidemic in one of the major regions-producers of the country of Lombardy, which accounts for about 22% of the GDP of Italy.

March 30, Deputy Minister of health of the country Pierpaolo Sileri said that the peak of the epidemic is behind us. Italian entrepreneurs gradually began to resume their production. According to estimates by the Bank of Italy, every week of the restrictive measures will cost the country 0.5% of its GDP.

“Our competitors in Europe continue to trade in many sectors,” said April 16 edition of ADNKronos the President of the Italian business lobby Confindustria Carlo Bonomi. Time, he said, “is the real enemy of the country”.

At the same time as the increase of new cases is declining, the pressure increasing political opponents Conte.

“We were the first who suffered from pandemic, and I’m afraid that we’ll be the last who will come out of it” — quoted by Politico Marco Zanni, MEP from the “League”.

The ability Giuseppe Conte to convince its European partners at the emergency summit tomorrow, depends not only on the ability of Italy to rescue our economy after the crisis, but the political future of her government. After a few months the attention of the Italians will switch from reaction of the authorities to the pandemic on their action to protect the economy. And if Conte subscribe to the provision of financial assistance to the country in a tight economy, the skeptics will once again get the chance to increase its popularity, as it was during the migration crisis.