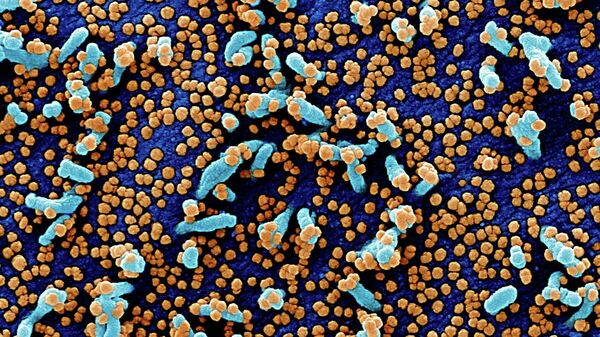 Scientists have developed a microchip for the detection of antibodies to different coronaviruses, including SARS-CoV-2. Description published on the website of preprints and bioRxiv.

Current practice diagnosis COVID-19 based on PCR analysis of the virus SARS-CoV-2 in samples taken from the nose or throat of patients who manifested symptoms of the disease and in people at risk.

As many infected with the disease are asymptomatic, and they don’t go to the doctors to estimate on the basis of statistics of these tests, the true prevalence of infection is impossible. In addition, the sensitivity of the test is only 60-80 percent, and their accuracy depends on correct sampling and the number of viruses in a patient.

Scientists from the USA and Switzerland have developed a microchip Athena virus SARS-CoV-2, allowing the blood to determine not only those who are sick now, but those who already had COVID-19. Now this is particularly important for testing of health professionals working with patients with suspected COVID-19, and in the future, when will begin mass testing for antibodies, such development can have a wide practical application.

Antigen — a substance that the body regards as foreign and against which it begins to produce its own antibodies. Scientists have created a microchip contains 67 antigens of SARS-CoV-2 and to other known coronaviruses, including SARS-CoV and MERS-CoV, as well as the most common respiratory viruses. But the efficiency of the test was estimated by the scientists on the plasma of survivors-COVID-19, which were compared with the control plasma, obtained before the start of the pandemic.

In the panel of antigens of the microchip included all of the major proteins of coronavirus — nucleocapsid proteins (NP) of the virus coat, S-protein spikes, which the virus attaches to healthy cells, as well as the full protein antigen.

The microchip showed the highest detection efficiency of a novel coronavirus SARS-CoV-2, to a lesser extent, SARS-CoV, and was ineffective in the detection of MERS-CoV and coronaviruses are seasonal, despite the high homology of their NP proteins.

It was also revealed that the quantitative difference between the bond between the antibodies in patients positive and negative for SARS-CoV-2 is fairly large, which allows to effectively distinguish between the plasma recovered and uninfected people.

Scientists believe that they have created a microchip can be useful for rapid diagnosis and epidemiological studies.