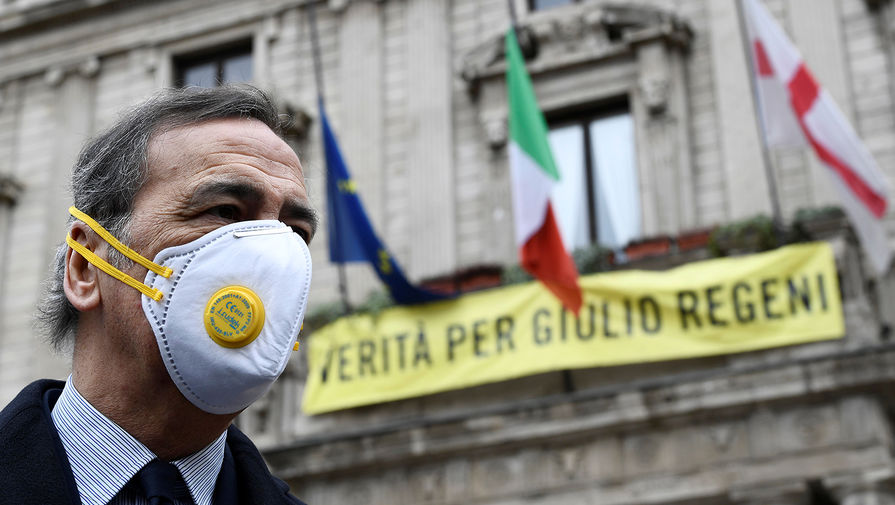 EU leaders have approved an emergency programme of assistance to the European economy with a volume of €540 billion, it should start to operate from 1 June. At the EU summit of heads of state enterprises has also agreed to develop a Foundation of recovery in the European economy, has promised to increase contributions to the budget and determined the time for the meeting.

EU leaders have approved an emergency program to restart the economy by €540 billion for pandemic coronavirus, said the head of the European Council Charles Michel at a press conference on the results of the EU summit. According to him, the mechanism will be launched on 1 June. Meeting of the heads of 27 member countries of the European Union has become the fourth in the last two months, as well as third talks in an online format.

The first emergency assistance program of the EU includes three main package and calculated at €540 billion. first, we are talking about the program for SURE with a volume of €100 billion for the payment of targeted compensations to employers to reduce the number of layoffs. The second package is aimed at the program of preferential crediting for small and medium business, she will deal with the European investment Bank allocated €200 billion And finally a third paragraph includes a commitment of €240 billion in loan funds through the European stability mechanism (ESM).

The latest package involves the allocation of funds for structural assistance to the most affected by the coronavirus States, for example Italy or Spain, to keep them from defaulting.

However, the conditions for the use of the ESM caused some controversy among the EU countries. So, Germany together with the Netherlands and Austria insisted on the implementation of the mechanism in the Greek script, that is funded by the state will be required to go to austerity — as was done in Greece in 2015.

This was opposed by Italy, it was also supported by Spain, France, Belgium and several other European countries. Rome calls on Brussels to create a common debt instrument for borrowing from the financial markets — the so-called “Moranbong”.

As they said “Газете.Ru” the Director of the Center for comprehensive European and international studies Timofey Bordachev, ESM nothing Italy does not, it only deprives it of the right to manage finances.

“Mechanism puts more of the Italian policy under the control of the leading EU countries, primarily Germany. The use of the mechanism at mild conditions is the maximum that [Italian Prime Minister Giuseppe] Conte can now be calculated and it will be acceptable to the Italian version,”

The question of the creation of this Fund was one of the main at the summit of EU leaders, and in the end, the European Commission instructed to develop its parameters. While information about the “coronamento” not too much, the media is making it in the amount of €1.6 trillion and €2 trillion.

For example, according to Bloomberg, the plan long-term recovery of the EU economy with a volume of €2 trillion needs to Supplement the programme of emergency measures. The Fund will include about €300 billion, allocated from other programs of the EU €320 billion received as borrowings in commercial markets.

The funds received by the European Commission hopes to use as guarantees to raise the recovery Fund to €2 trillion, indicates the Agency, but it is not known how it will be accumulated the money.

“We all agreed that the issue of creation of Fund of restoration — Express. We asked the Commission to analyse the needs [of countries and sectors of the economy] and to make relevant proposals,” said Charles Michel at a press conference at the end of the summit.

Moreover, the agreement on the establishment of a Fund given even the Netherlands, which refused to accept the demands of Rome. According to Dutch Prime Minister Mark Rutte, EU leaders will work constructively in this direction.

In turn, Conte called the decision of the EU summit is “a great progress”. He also noted that “Moranbong” needs to be large enough for the countries most affected by the epidemic, “defended its social and economic structure.”

By the way, the development of large-scale plan and approve a package of emergency does not mean that the EU still did nothing to eliminate the consequences of the pandemic. As stated by European Commission President Ursula von der Leyen, all 27 EU member States have already allocated a total of over €1.8 billion helping their businesses.

“If you add up the measures taken by the EU and the institutions of the European Union, we have already allocated €3.3 trillion to support the economy,” stressed von der Leyen. However, there’s certainly not enough to overcome the crisis.

According to the forecast of the European Central Bank, the pandemic may reduce from 5% to 15% of economic production in the Union. And the April Reuters survey shows that the economic growth in the Eurozone in 2020 could be reduced by at least 5.4%. Meanwhile, the international monetary Fund released a more pessimistic forecast, estimating losses at 7.5%.

In such circumstances, the rescue package should cost around 5-10% of EU GDP, according to the President of France Emmanuel macron. According to him, EU leaders continue to debate the size and form of assistance. He also noted that the EU will lose the future, if you can’t adequately respond to “extraordinary shock” caused by the epidemic.

At the summit, EU leaders agreed in the next 2-3 years to increase their contributions to the Association from 1.2% to 2% of GDP to Finance the economic recovery after the pandemic.

However, it is unknown how effective will be these measures, given that some European countries are beginning to remove the restrictions imposed to combat the spread of the virus. A new teleconference is already scheduled for early may, where EU leaders agreed to continue to discuss measures to overcome the crisis.