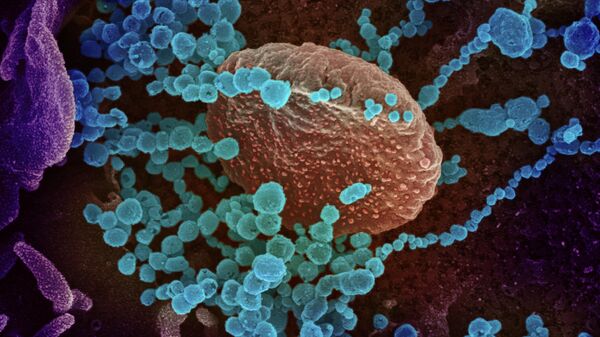 A major study on the biology of COVID-19, published in the journal Cell. It was attended by more than 100 scientists from different countries.

The main question of interest today, doctors and biologists around the world — making the coronavirus SARS-CoV-2 so dangerous to humans. To find the answer to this question can, in particular, by detecting the probable types of cells that virus infects.

A new study led by American scientists Jose Ordovas of montanes of real Zaragoza (Jose Ordovas-Montanes) from the Boston children’s hospital and Alex Shaleka from the Massachusetts Institute of technology has unexpectedly revealed that the virus actually help the cells included in the one of the main protective systems of the body.

Ordovas-montanes for the away team and Salek studied different types of cells of the respiratory system and intestines, even before the first news about the new coronavirus, and in February began to be systematically deepen research.

“We started to study cells from tissues such as the mucosa of the nasal cavity, lungs and intestines, based on reported symptoms and a place of detection of the virus — are in the press release Boston children’s hospital the words of Ordovas of montanes for the away team. — We wanted to get the best possible information across the spectrum”.

Preliminary results showed that SARS-CoV-2, like its predecessor, the virus SARS-CoV that caused the pandemic of SARS in 2003, uses the ACE2 receptor for penetration into human cells by the enzyme TMPRSS2.

Scientists have set a goal to find cells that simultaneously Express ACE2 and TMPRSS2. For this they used a method of sequencing RNA in single cells, identifying about 20 thousand genes.

It was found that ACE2 and TMPRSS2 contain only about ten percent of the cells of the respiratory and intestinal tissues. They can be divided into three groups: goblet cells of the nasal mucosa; lung cells, known as pneumocyte type II that help support the alveoli — air sacs where oxygen enters; and the enterocytes — the cells lining the small intestine and involved in the process of absorption of nutrients.

One of the main dangers of coronavirus is that the receptor through which the virus enters the healthy cell, the genome is encoded by ACE2, and he, in turn, stimulated with interferon — protein produced in response to the invading virus. It turns out that interferon is one of the main protective forces of the body — the virus itself provides channels for the penetration.

“ACE2 is crucial to protect people from various types of lung damage, says Ordovas-montanes for the away team. But because the virus uses ACE2 as a target, we assume that the interferon can aggravate infections.”

Now interferons are being tested as a treatment for COVID-19. The authors note that here we need longitudinal studies, not to bring patients more harm than good.

“We want to understand where is the balance and how can you maintain a productive antiviral response without creating more target cells for infection with virus,” — said Ordovas-montanes for the away team.

Classic recipes of delicious salad for the New year 2018

The four best ways to combat the pandemic coronavirus