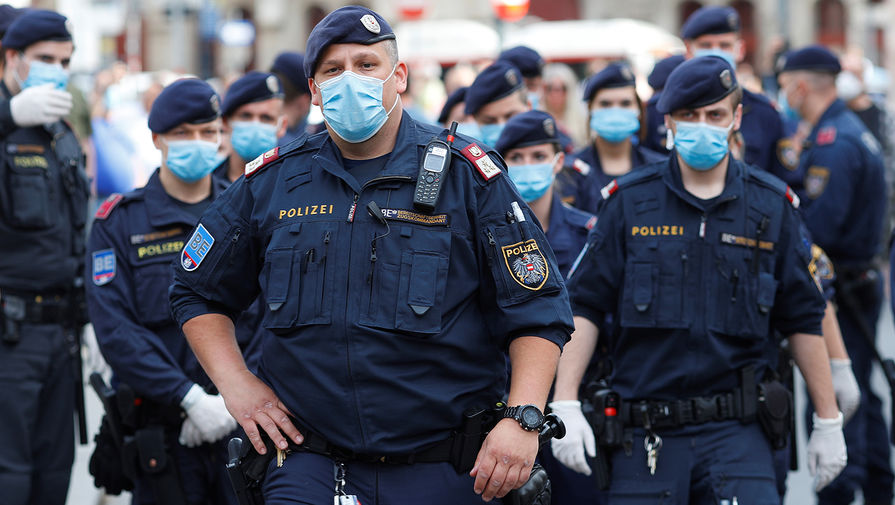 European politicians warn of the threat of disintegration of the EU for pandemic coronavirus. They explain that such forecasts are a crisis of European solidarity and the danger of the strengthening right-wing. However, their concerns most of them look like political slogans and have little in common with the real situation. As the pandemic affects the European Union — in the material “Газеты.Ru”.

Former President of the European Council, the head of the European people’s party (EPP), Donald Tusk does not exclude the possible collapse of Europe due to the pandemic in the early stages of the crisis. In an interview with Der Spiegel, he called for a “blitzkrieg” in the EU economy, to reduce the effects of the epidemic.

“We have never faced such a challenge as it is now, with the pandemic. If we look at southern Europe, we are talking about the disaster. It all depends on the aid and from the sympathy and solidarity. People in this situation don’t want the usual development. They want to see that something is moving. This was not in the first days of the crisis,” said Tusk.

The European Union has suffered significant reputational losses in Italy, Spain and Portugal, continued the former head of the European Council.

These countries need to save — Brussels has no time to hesitate and be afraid of non-standard measures.

“Whoever has more must give more. This is the principle of true solidarity. Germany is financially strong and can protect their industry and their company. In other EU countries this is not possible,” said Tusk.

Germany will be able to further increase its advantage during the crisis that many in Europe called unfair, he believes, but if someone wants to exploit the situation for increasing power over its citizens or its economic growth — “the European Union will come to an end.”

“Our first commandment should be the best coordinate. Some heads of state, including those who are part of the EPP, told their citizens: you need to sacrifice civil liberties, rule of law and human rights to protect themselves from the virus.

The devil’s alternative is wrong. It is possible to respond effectively to the pandemic and to preserve democracy”, concluded Tusk.

As stated in conversation with “Газетой.Ru” the Director of the Center for comprehensive European and international studies Timofey Bordachev, the former head of the Council of Europe is trying to draw attention to the obvious problem — the inability of EU countries to help each other.

“However, as a politician between the two political careers, he also is trying to increase its political importance in a crisis. Although most EU countries have passed the peak of the pandemic and currently the debate is about overcoming the economic consequences,” — said the expert.

The Pressure Of The Makron

The ex-head of the European Council is not the first political figure in light of recent events indicates a threat of disintegration of the EU. In particular, a similar point of view in an interview with the Financial Times was expressed by the President of France Emmanuel macron. In his opinion, without solidarity from Germany and the Netherlands in respect of the countries of southern Europe all the Union can be threatened.

Failure to maintain those EU member States who were hardest hit by the pandemic, will help with the populists to win in Italy, Spain, maybe France and in other countries, warns macron. They will be able to play on the lack of protection from the EU in the crisis.

“When you start the epidemic, you will be told to handle it by yourself. They stand for a United Europe, if it means that your workers can come to them and make parts for cars that we no longer produce at home.

But they are not for a United Europe when it comes to how to divide the burden”,

In the more affluent European countries have a special responsibility, said macron. It’s time to decide: is the EU a political or a market project.

“I think the EU is a political project… We need to provide financial assistance and demonstrate solidarity with Europe to keep the unity”, — concluded the French leader, adding that the current economic crisis has forced the EU to renege on its obligations.

Words of Macron Timothy Bordachev considers necessary to consider the scope of bargaining between the countries of the European Union regarding economic measures to exit the crisis.

“The President of France is trying to use inflated economic requirements of Italy to improve its position and in order to at least get something from Germany. Therefore, the translation of the crisis into the category of political issues is very beneficial Macron”, — says the expert.

A hint of a threat from the right is a little from the past, said Bordachev. In his opinion, is no longer included in the number of serious challenges — risk currently is the loss of real solidarity within the EU.

“Against the help of Italy made not right-wing politicians and the liberal government of Germany and the Netherlands. They put European integration much more damage than all right over the last 15 years”, — said the expert.

At the same time in Germany as a whole recognize the existence of a crisis in Europe and its danger for enterprises. As he wrote the former head of the German foreign Minister Joschka Fischer and Sigmar Gabriel, in his article for the Tagesspiegel, Germany do not forget that European solidarity has helped her achieve success after world war II.

“So she [Germany] must show leadership in Europe, preferably together with France. Europe needs two things: General assistance in crisis and a common program of recovery from the crisis”, — assured the diplomat.

The EU needs a new Marshall plan that saved European countries after the war.

Be sure to include the medical-humanitarian assistance, a short and long-term lending without reference to strict criteria Maastritch contract and long-term investment.

“Pandemic potential to become an accelerator of two opposite processes: either so to deepen the already existing in Europe, cracks that may disintegrate the Union or the European Union and its member countries will be able to unite in the fight against the virus and its consequences. What path Europe will choose, much depends on us Germans”, — underline Fischer and Gabriel.

However, the presence of contradictions in the European Union — the phenomenon is not new. Disputes among member countries emerged at the time of default in Greece or a migration crisis. The same Tusk openly compared the latter with the pandemic coronavirus. However, all these events did not lead to schism and a collapse of the EU States began EN masse to withdraw from the Association after the UK.

Certain problems exist in the aspect of the plan to rebuild the European economy after the pandemic. Here indeed there is a confrontation between Italy and Germany.

Rome requires the creation of a common debt instrument for borrowing from the financial markets, not to become dependent on the leading countries in the use of other mechanism to save the economy.

Initially, Germany with the support of the Netherlands opposed this initiative, but at the last EU summit of all 27 countries have mandated the European Commission to study the issue of the restoration Fund.

In addition, the parties have already approved the first emergency aid package of €540 billion, and overall, the EU economy has already spent about €3.3 trillion. The new Fund also evaluates a variety of media in another €2 trillion.

Of course, this does not negate the fact of the delay means of Italy or Spain during a pandemic, however, you should consider the lack of a unified system of health care in the EU and that the EU is not a state, namely integration.

Thus, the basic decisions at the beginning of the pandemic, countries have adopted based on their national interests, which, in fact, revealed a crisis of solidarity, which they say prominent European politicians. Nevertheless, even in such circumstances, perhaps the words about the possible collapse of Europe look more an exaggeration than a real prospect.