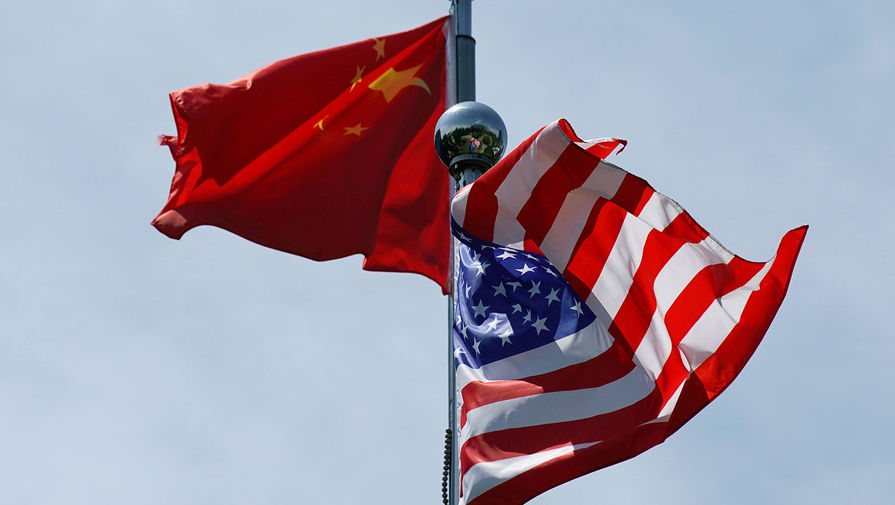 The conflict between the US and China about its relations with the world health organization led to the failure of the remote summit of G20 leaders. Washington insists that the who has reported for his early action to combat the outbreak of coronavirus COVID-19. Beijing categorically refused to discuss the proposals on the investigation of who’s work.

A second remote summit of G20 leaders was thwarted at the last minute because of a quarrel between the US and China about its relations with the world health organization, writes The South China Morning Post. The interview was supposed to take part, among others, the Chinese President XI Jinping and US President Donald trump.

US insists that who are accountable for their early action to combat the outbreak of coronavirus COVID-19, which killed more than 190,000 people worldwide, including about 50,000 in the United States. China categorically refused to discuss the proposals on the investigation of who’s work.

“Thus, the conference was aborted at the last minute. The summit could take place in the near future if both parties can come to a compromise in relation to who, or at least in the wording of questions to the who communiqué of the G20”, — quotes the edition a source involved in the preparations for the conference.

The organizing Committee of the G20 has not responded to an email request to comment on the incident.

The American authorities are not willing to simply suspend contributions to the world health organization (who), but also to change its leadership, said two days ago, Secretary of state Michael Pompeo on air of TV channel Fox News.

Reporters asked whether the foreign Minister of the US that the current leadership who is not able to act effectively.

“I believe that this is true. And even more than that. Maybe the US will never sign the transfer of assets of American taxpayers who. We may need even more radical transformation,” said the diplomat, referring to the change of leadership of the who.

He also once again accused China and who, in violation of the rules. The head of state stressed that the Communist party of China had not informed the organization about the outbreak of the novel coronavirus.

In addition, according to him, the Chinese authorities have a whole month not been informed of any cases of transmission of the virus from person to person and still not gave samples of the virus from China to the international community.

Pompeo expressed the view that the regulatory division who “clearly succeeded” in controlling the outbreak.

All member countries of the UN General Assembly on 20 April supported the resolution, calling to prevent cases of profiteering vaccine against the coronavirus that causes it does not yet exist but is expected to create.

According to the text, countries of the UNGA noted the leading role of who in combating coronavirus. For this reason, the American side stated that it did not accept the provisions of the resolution, said in comments on the website of the permanent mission of the USA at the UN.

In the comments stressed that the United States remains deeply committed to cooperating with the international community in the fight against the new pandemic coronavirus.

“Although the United States generally support the resolution, entitled “International cooperation to ensure global access to medicines, vaccines and medical equipment to combat COVID-19”, the United States does not accept paragraph 1… concerning the “crucial leadership role” who in the context of flash COVID-19″ — said in comments.

As explained in the permanent mission of the United States, the country recognizes that who should play a role in efforts to end the pandemic. While Washington remains deeply concerned about the lack of independence, who has demonstrated from the beginning of the pandemic.