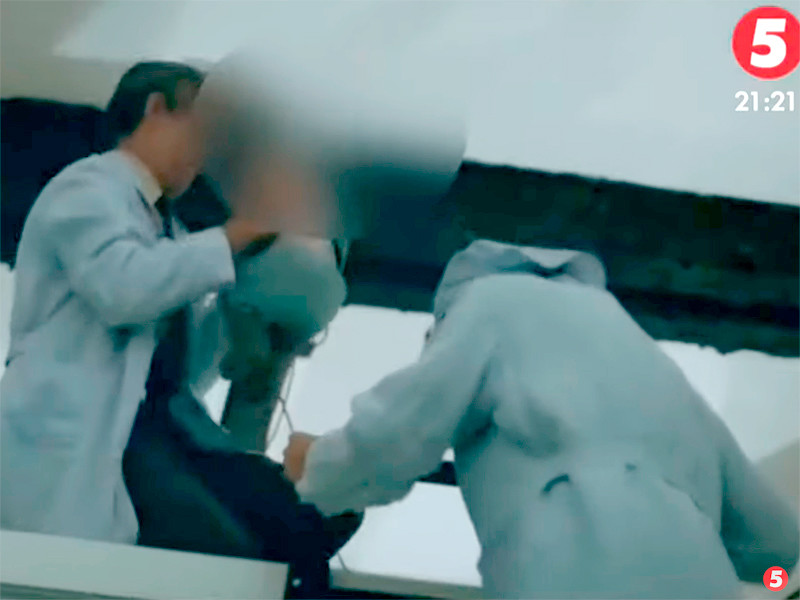 The Kharkiv regional Prosecutor’s office of Ukraine opened a criminal case on charges of abuse of minors in the film “Dau. Degeneration”. This was reported on the website of the Department.

According to the Prosecutor, the minor – likely orphans – at the time of shooting might be caused physical pain and mental suffering. Furthermore, from the film implies that he may have signs of propaganda of violence and cruelty or discrimination, said the press service.

The case was initiated under part 2, article 127 and part 3 of article 300 of the criminal code of Ukraine (torture by prior agreement and preparation or distribution of works propagating violence and cruelty), reports “Rain”.

20 APR psychologist Elena Samoilenko drew attention to the fact that the footage from the movie children scream and cry, and they tied up and left in the room alone. “Children don’t cry just like that. They cry when hungry, in pain, the space around seems menacing when scared. They believe if the stimulus persists, they will die. It is a global fear, which helps people to survive and call for help,” wrote Samoilenko.

The representative of the President of Ukraine for children’s rights Mykola Kuleba has addressed in police with the request to check the information about the use of orphans for the film. The shooting of the film was attended by the infants, for which it may become traumatized for life, he said.

The Ombudsman also noted that in Ukraine there is no legislation governing children’s participation in the filming of the movie, and that “this case can help us to develop such legislation,” wrote LB.ua.

Indignation participation in the feed the children was expressed by the journalist Yanina Sokolova. In Facebook she wrote that the baby in the film served as an illustration to demonstrate the “torture of nature of Stalin’s times.”

“Some critics at the festival in Berlin and Paris refused to write reviews on this movie, motivating it with unwillingness to participate in the PR film, which in a documentary-artistic manner showed rape, humiliation and sadism,” said she.

April 22, representatives of the company “Fenomen-Ukraine”, which was engaged in the filming of the project on the territory of Ukraine, in a letter to Mr Kuleba said that during the shooting process was attended by the guardians of the children. In addition, all actions were agreed with the child, writes “Commander in chief”.

CEO Christine Voloshin noted that any impact on children’s props or model copies of scientific and medical devices was implemented, and the shooting lasted less than two hours.

“Fenomen-Ukraine” has a permit to shoot and proof that the children were with the guardians, who immediately after the shooting left the set, and the Trustees there are no claims to “Fenomen-Ukraine”, – said Voloshin.

She also stressed that the soundtrack in the scene abuse of children maximized during installation to enhance the visual perception of the film, writes Gordon.ua.

In a statement, “the Phenomenon of Ukraine” notes that the premiere of the film “Degeneration” was held in the framework of the official program of the international film festival “Berlinale” in February 2020. The film won first place in the ranking of international film critics. The series is “Degeneration”, part of which is this movie, got a rental license in the UK.

It is also alleged that all the films of the project “Dau”, including “Degeneration”, have held a full legal review in the UK, Germany and France.

The Film “Dau. Degeneration” is one in a series of films by Russian Director Ilya Khrjanovsky of the Soviet physicist and Nobel laureate Lev Landau. The shooting took place in Kharkov from 2008 to 2011. Last year in Paris the results Khrzhanovsky and his team were presented as installation. This year at the Berlin film festival showed two films – “Dau. Natasha” in the main competition and “Dau. Degeneration” – out of competition. The last one of the roles plays Russian neo-Nazi Maxim Martsinkevich, nicknamed Cleaver.

The Russian Ministry of culture refused to give a distribution certificate four of the ten episodes of the film, explaining that they contain propaganda of pornography.