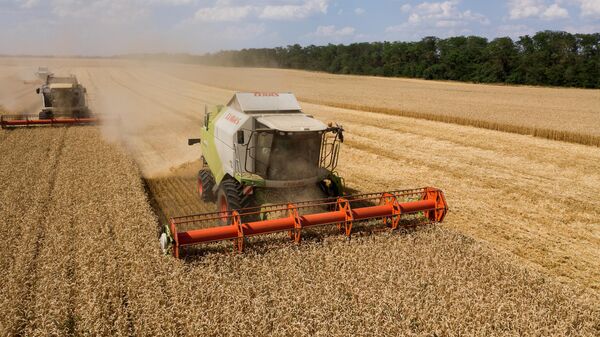 Scientists of the Siberian Federal University (SFU) and the Institute of Biophysics SB RAS developed the concept of complex testing of agricultural land polluted with various chemicals due to the use of enzymes, it will more accurately analyze the soil, the press service of the SFU.

“The basis of the proposed test systems — enzymes are not living organisms. Using the new test systems conclusion about the presence of toxic substances in the soil can be done by suppression of enzymatic reactions responsible for the various functions of a living organism — breathing, glow and so on, the result is more accurate than using the classical methods of biological analysis”, — stated in the message.

According to scientists, at present, to find the pollution used in agriculture soil and to take prompt remedial action, massively used not only methods of chemical analysis and biotests. For example, check the pollution of water or soil by using simple organisms – bacteria, algae or crustaceans-Daphnia. If their “mood” changes, it indicates the presence in the samples of hazardous substances. But the accuracy of such biotests low.

“Our research group has developed a comprehensive test system designed for environmental monitoring of soil. This enzyme biotests — more sensitive and accurate than the widely used standard biotests. They provide reliable results and are less dependent on random factors than, for example, tests with daphnids — by the way, no living thing in the result of our work has not suffered”, — quotes the press service of the Junior researcher of laboratory of bioluminescent biotechnology, SFU Elizabeth Kolosov.

It is reported that for experiments, the scientists picked up chain enzymes that provide specific functions of a living organism — a single enzyme is responsible for respiration, the other involved in the process of digestion and so on. As a result of studies more than ten such systems were selected for three enzyme system with maximum sensitivity to different classes of hazardous substances found in soil. It is important that when using all three systems in the complex it is possible to obtain a comprehensive response to the most complete list of harmful substances that may be contained in samples.

As model toxicants, researchers chose the main agricultural pollutants: phosphorous and organochlorine pesticides, nanoparticles of titanium dioxide (it is used, in particular, as a stimulator of plant growth) and copper chloride included in the composition of some pesticides. For experiments were selected five model soil samples of sand, light loam, medium loam, heavy loam and black soil.

To exclude the influence of components of uncontaminated soil the results of testing, were used as a control aqueous extract from the soil without the addition of toxic substances.

“The maximum objective of our research is to understand how found in the soil toxicants affect human health, eating vegetables and grains grown on contaminated soil. As used in the new test-systems there are enzymes in all living organisms, including humans” – said the doctor of biological Sciences, Professor, head of Biophysics Department of SibFU Valentina kratasyuk.

According to the Professor, to people not to experiment, but SFU was able to pick up for test systems is the set of enzymes that, on the one hand, good quality all kinds of pollution such complex multi-piece object, as the soil, and on the other hand, most of these enzymes naturally “lives” in each of us.

“Now, this direction seems very promising, as we managed to prove the ability of enzyme tests to replace live organisms in the bioassay of complex natural environments,” said kratasyuk.