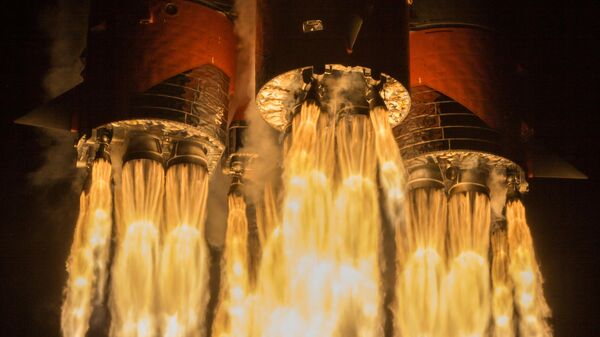 NPO. Lavochkin (part of “Rosatom”) began the creation of a new upper stage “Fregat-SBU” being developed for the Russian rocket “Soyuz-5”, it will appear within three years and would require minimal funding, told RIA Novosti the General Director of the enterprise Vladimir Kolmykov.

The new “booster” is designed for the rocket “Soyuz-5” when it launches from the Baikonur cosmodrome. As suggested by the head of the company “Fregat-SBU” is optimal and provides the “Soyuz-5″ competitive advantages in the global market”.

Kolmykov explained that the “Soyuz-5” with the upper stage “Fregat-SBU” will launch from the Baikonur cosmodrome put into geostationary orbit a payload of more than 2.5 thousand pounds, and to geosynchronous transfer orbit, equivalent to launch from Kourou, up to five thousand pounds.

According to the Director of NGOs, fundamental changes be made to the design of the existing upper stage “Fregat-SB”, which he used to launch a package of “Zenit” is not required. Design and instrument the new unit is completely analogous to the “Fregat-SB”.

“Reset the unit tanks — a new development. However, the layout, power and pneumatic diagrams are extracted from a fully discharged unit tanks of the upper stage “Fregat-SB”. The amount of discharged tanks unit based on the dimension of the generated carrier rockets “Soyuz-5”, — explained Kolmykov.

Salad "Beloved husband". Trust me, it's on the table is not delayed! Love to all, and therefore favorite.