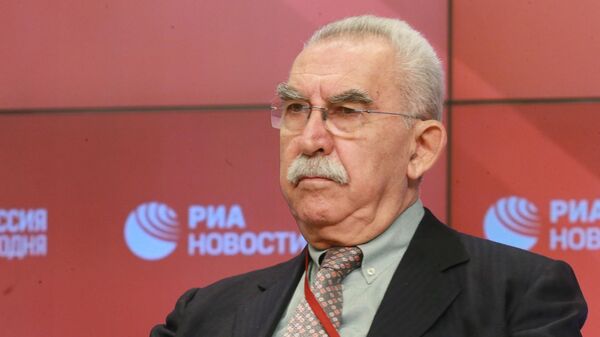 Member of the state Duma group for relations with Parliament of Italy Yuri Svitkin expressed his condolences in connection with death of Italian journalist, Giulietto Chiesa, noting that Chiesa has played a leading role in its region for the normalization of Russian-Italian relations.

Earlier on Sunday, the famous Italian journalist and social activist Giulietto Chiesa died at the age of 79 years, told RIA Novosti his friend, the President of the charity Association “Help us save children” (Aiutateci a Salvare i Bambini), Ennio Bordato.

“We certainly Express our condolences. It was not just a journalist, and do both social and political activist, and writer who has a big role took in his works, in their articles, respectively, Russia. And very importantly, he played a large enough role in the normalization of Russian-Italian relations … I would even say that he played a leading role in its region to Russian-Italian relations proceeded in normal course,” – said Switchin RIA Novosti.

The MP stressed that Chiesa “knew Russia”, and when I was a member of the European Parliament and a member of the Delegation from the parliamentary Committee EU-Russia, also sought to “turn to an even greater extent Italy face to our country.”

All about coronavirus COVID-19 on April 26