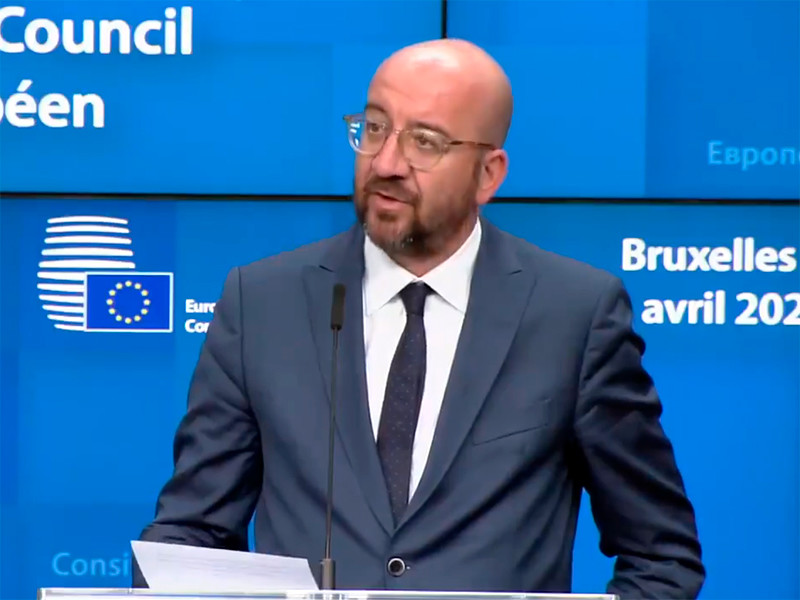 The heads of state and government of the 27 EU countries approved a road map for economic recovery of the EU after the crisis COVID-19, said the head of the European Council, Charles Michel.

“It identifies four priority sectors of action. This is a fully functioning single market. Unprecedented efforts in the field of investment. Global action (anti-coronavirus). A well-functioning management system,” said Michel in a press conference on Thursday evening in Brussels after the virtual completion of the EU summit. His words leads to “Interfax”.

He also announced the approval of three safety-net programs designed to support States, businesses, and workers, for a total amount of 540 billion euros.

“We have requested that this package could work from June 1, 2020,” – said the head of the European Council.

The leaders of the countries – EU members instructed the Commission to develop options for the future long-term recovery Fund of the European economy, affected because of the pandemic coronavirus. “We all agreed that the issue of creation of Fund of restoration – Express. We asked the Commission to analyse the needs [of countries and sectors of the economy] and to make relevant proposals”, – said Charles Michel.

According to him, the Fund will support country and sector of the economy that are most affected by the quarantine measures during a pandemic coronavirus. However, he did not mention specific amounts. Germany, the Netherlands and several States are opposed to the release of the pan-European securities, the so-called coronando that would have allowed to raise money under the General warranty of all the countries of the community.

Before the summit the President of the Eurogroup Mario Centeno urged EU leaders to expedite approval of long-term Fund European economic recovery, which should complement the short-term programme to restart the economy to 540 billion euros created by the European Commission, the European investment Bank and the European stability mechanism (ESM, the Eurozone stabilization Fund). Centeno warned that the aid the economy needs in the shortest possible time to ensure that the beginning of recovery.

This assistance program consists of three main packages. First, the European Commission has already created a program for SURE with a volume of EUR 100 billion for the payment of target compensations to employers to at least part of them abstained from the dismissal of its employees. Secondly, the European investment Bank has announced the allocation of program of preferential lending by 200 billion euros to support small and medium enterprises. Thirdly, another 240 billion euros needs to attract borrowed funds the Eurozone countries through the European stability mechanism: the money can be used as a structural aid to the most severely affected States (Italy and Spain) to keep them from defaulting.

This program is a mechanism for short-term assistance, designed to provide the initial impetus to restart the economy of the European Union, reports TASS. To fully restore the EU summit stated the need for creating additional long-term tool to support the economy. According to sources, it will amount to 1.6 trillion euros to 2 trillion Euro, validity – a minimum of seven years. The money in this Fund will be partially contracted and redistributed through the budget of the European Union, for which member States should increase their contributions to the General budget of the community.

As stated at the summit of the head of the European Central Bank, Christine Lagarde, the pessimistic scenario assesses the economic downturn in the EU is 15% in 2020, an unprecedented annual rate in the history of the community.

In turn, European Commission President Ursula von der Leyen said at the briefing that the member States of the EU should increase their contributions to the community budget of 1,2% to 2% of GDP over the next two to three years to Finance recovery after the pandemic coronavirus.

The head of the EC stressed that the EU budget for the years 2021-2027 must be fully adapted to the impacts of the pandemic. According to European sources, the issue of forming the new budget, which the member countries could not solve before the advent of the coronavirus, will now become even more difficult. The budget had to approve in December 2019.

Ursula von der Leyen also said that all the 27 member States of the European Union has already allocated a total of more than 1.8 billion euros of aid to their enterprises.

At the same time von der Leyen stressed that “all EU countries have different economic opportunities”, so these uncoordinated individual packages of state aid can create a “tremendous imbalance in the functioning of the EU single market if they are not stable at the European level”.

Under normal conditions in the community are very strict rules for granting state aid to companies, because if one of the countries will support their company, they will receive a significant competitive advantage over counterparts from other European States acting in a single market. Therefore, each program of state aid from the government of any EU country is carefully examined and often rejected by the European Commission. However, in the context of the pandemic in the fashion industry, the European Commission started an almost automatic mode to allow any national measures to help business, as a result now it is difficult even to estimate how can be various conditions to restart the economy in the relatively prosperous Germany and a weak Italy.

Brussels is finalizing a bill that should enable EU member States to fully or partially nationalize the company in exchange for help from the state. It is reported, on 23 April, the Spanish newspaper Expansion, citing a working version of the Directive, which may be adopted in the coming days.

Have in mind that States can enter into the capital of large and small companies to help them avoid bankruptcy amid coronavirus pandemic and the global economic crisis.

According to the publication, in the working draft explains that these steps are intended to “ensure that the contribution of these companies to the proper functioning of the EU economy is not put at risk.”

While Spain is a new measure with caution because different countries-EU member States have different possibilities to rescue their own businesses that will lead to a breach of the competitive environment.

19 March, the European Union announced that it intends only to provide assistance to companies to facilitate their situation, mainly at the expense of state guarantees on loans, subsidies for wages and deferred taxes. However, a little more than a month, the EU position has changed, and now we are talking about nationalization, which should help to avoid “large number of bankruptcies,” writes “Rossiyskaya Gazeta”.

Some countries have already started nationalization of certain companies. So, in mid-March, the Minister of transport of Italy Paola de Micheli announced that the national airline, Alitalia (49 percent owned by Etihad Airways) can move the balance of the state.