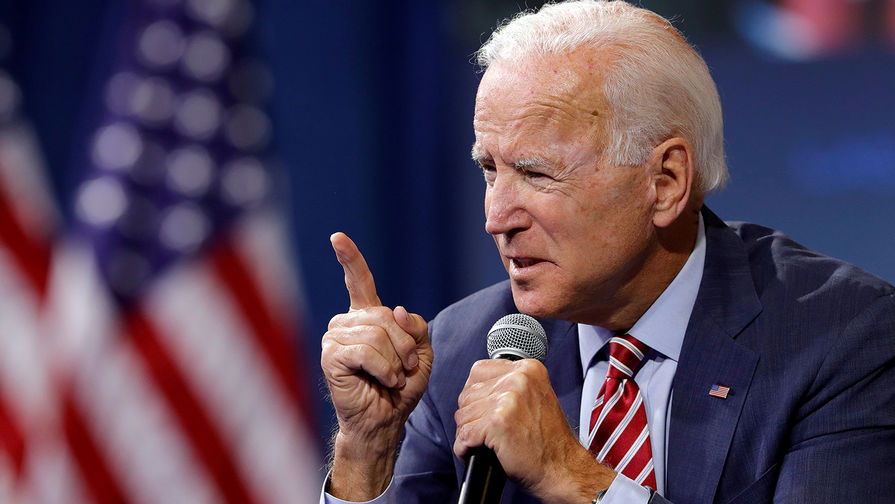 Opponent of Donald trump in the upcoming presidential elections in the USA Joe Biden said that the incumbent President will try to cancel the vote. If his fears are confirmed, this will be the first case in the history of the United States. Possible cancellation and postponement of elections in principle — says “Газета.Ru”.

“Mark my words, I think he will try somehow to delay the elections, come up with some reason why they can’t be carried out. He thinks it’s the only way that will help him to win,” Biden said during an online event to raise funds for the campaign.

The reason for the cancellation arises by itself — the world is experiencing a pandemic coronavirus COVID-19, and for the US the problem is more acute than for many other countries. The number of infected, there is rapidly approaching a million. As of April 23, more than 869 million people in the USA were infected. Died from disease, nearly 50 thousand.

However, saying that because of this trump going to cancel the election, Biden disingenuous, probably trying to discredit his opponent.

Global pandemic really had an impact on democratic processes around the world. Referendums and elections were postponed in many countries, even if their immediate execution is profitable for the incumbent authorities. It happened in the North of Macedonia, Montenegro, Syria, Serbia, Russia and many other States.

However, there are examples of successful holding of the national polls during a pandemic. For example, in the parliamentary elections in South Korea April 15, even managed to beat a record of attendance. Poland also is in no hurry to reschedule for the may 10 presidential elections. The existence of such examples guarantees too serious reputational costs for the us authorities, if they thought about the postponement of the elections.

But most importantly, the American system is simply not adapted to cancel the vote. For all time of existence of the country, this never happened. The President elected in the statutory period, even during the Civil war.

First, it is adopted in 1845 a legislative act, which stipulates that presidential elections should be held “on the Tuesday after the first Monday in November”.

To change this norm will require the approval of both houses of Congress and the signature of the trump. A scenario in which control of the house of representatives and the Democrats holding the Senate Republicans will come to consensus, present almost impossible.

Secondly, it is the 20th amendment to the U.S. Constitution. It provides that any presidential term expires exactly four years after the inauguration: “in the afternoon of January 20”. That is, in this day in 2021 trump will automatically cease to be head of state.

Accordingly, this constitutional provision limits the opportunities for postponement of elections: voting can be delayed no more than a couple of months. But this, again, requires consensus in both houses of Congress.

One should not ignore the stance of the current President. 4 APR trump personally promised that “the General elections will be held on 3 November.”

According to him, the pandemic could not affect will of citizens, moreover, the President criticized the proposals of some representatives of the Democratic party, in particular voting by mail.

As shown by a recent survey The Wall Street Journal, conducted in conjunction with broadcaster NBC, the idea of changing the electoral legislation basically support exactly supporters of Democrats. 82% of party members in favour vote by mail. Among the supporters of the Republican party, this number decreases to 31%.

And in General, even if on this issue there was a consensus of the two parties, the government did not have time to implement a system of postal voting throughout the country. Now postal voting operates in five States: Utah, Oregon, Hawaii, Colorado and Washington.

In these States, the vote can actually pass in the mail, but local governments have spent a lot of time implementing this system.

To hold postal voting in all States, you will need to go through many bureaucratic procedures. The local legislature, many of which are due to coronavirus suspended their work, must take the appropriate decision. In addition, there should be consensus within the Federal Congress, where the Senate is controlled by Republicans.

And even if at the legislative level the issue of the postal ballot would be able to solve, in practice, will require immediate and large-scale cash infusion, and therefore a new budget discussions in Congress.

“In addition, many States do not support voting by mail. People begin in this case to worry about frauds and fakes, which even does not require high technology,” said TASS, a Professor of political science at the University of new Mexico Lonna Atkeson. In her opinion, to expand the scope of the postal ballot from five to fifty States for 6-7 months is just impossible.