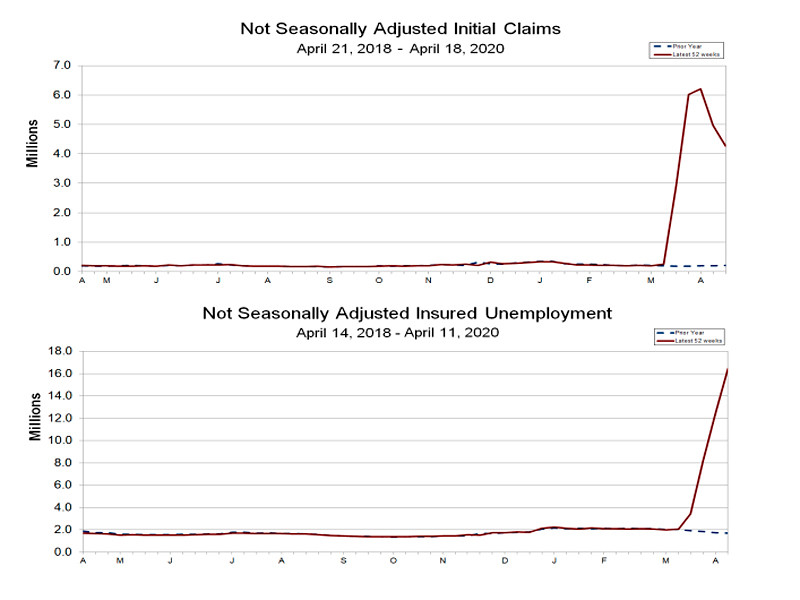 The figure in the US is considered an indicator of short-term development of the labour market. He points to the epidemic of coronavirus in the United States, indicating how rapidly the States expend funds for the payment of unemployment benefits.

Thus, the number continuing to receive unemployment benefit Americans for the week ended April 11 rose to 4,064 million to 15,976 million from a revised 11,912 million the previous week. This is the highest indicator for all history of observations.

According to the newspaper The Wall Street Journal, the total number of Americans who applied for unemployment benefits since the beginning of the suspension of work of enterprises due to coronavirus in mid-March, has exceeded 26 million

According to the forecast from Oxford Economics, the number of jobs in the country due to the pandemic will be reduced to 27.9 million, of which 8-10 million in industries such as manufacturing and construction.

USA in recent weeks, the epicentre of the pandemic coronavirus. There are about 850 thousand infections coronavirus infection.

What would happen if Jeff Bezos decides to buy all bitcoins?