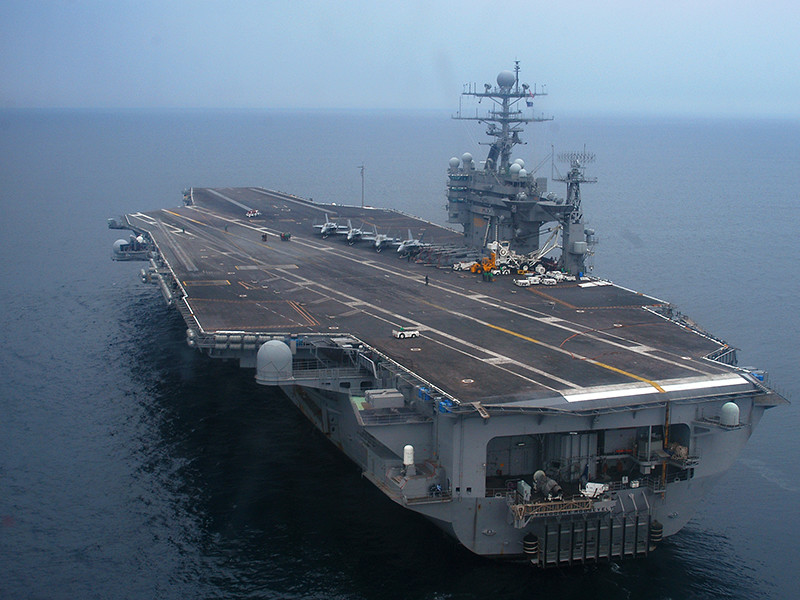 All members of the crew of the American aircraft carrier “Theodore Roosevelt” were tested for the coronavirus. The disease was diagnosed in 840 people out of 4.6 thousand team members, reports The Hill, citing the U.S. Navy.

Now the hospital owns four of the military, none of them have not yet translated in chamber of intensive therapy. 88 people from the team of the aircraft carrier recovered, one died.

In late March, the captain of the USS “Theodore Roosevelt” Brett crozier sent an e-mail to the Pentagon asking about the isolation on land the entire crew of the ship, where there are cases with symptoms, typical of coronavirus. Letter of captain became available of the newspaper the San Francisco Chronicle, and he was fired because he sent a letter on open channels, without ensuring the confidentiality of the message.

On 5 April it became known that the former captain of an aircraft carrier discovered coronavirus. Crozier fell ill a few days before the dismissal. The carrier itself in the emergency order was aimed at a base on the island of GUAM in the Western Pacific ocean.

Subsequently, acting Minister of naval forces of the United States, Thomas Monti turned to the crew of the aircraft carrier and put left the Board crozier criticized, saying that he is either naive or stupid. The Chairman of the Committee on Armed services of the house of representatives of the U.S. Congress Adam Smith distributed a written statement in which he called U.S. President Donald trump send Modle resign. Later it became known that the Pentagon chief mark Esper accepted the resignation Monti and appointed as Deputy Secretary of the army James MacPherson.