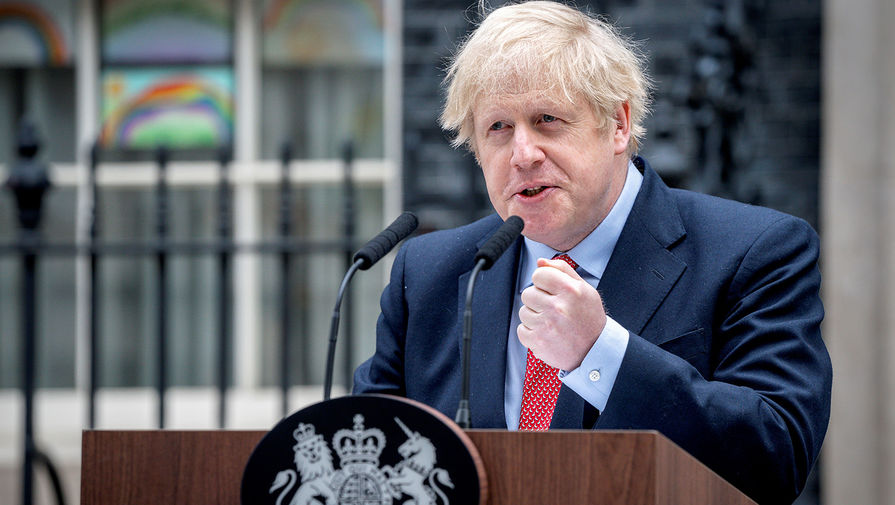 Prime Minister Boris Johnson returned to his duties and stated that no change in the regime, imposed because of a pandemic, is not, despite some improvement in the situation in the country. He noted that there remains a risk of a second wave of infections. This is Johnson’s performance was the first since his statement of 12 April from the hospital where he was confirmed COVID-19.

Prime Minister Boris Johnson, the only people infected with coronavirus among world leaders, April 27, returned to work after recovery.

Today, he spoke to his residence at Downing street and said about the risk of the second wave of the pandemic, the early lifting of restrictions.

“If this virus were physical attackers, unexpected and invisible robber, and I can tell you from personal experience that if this is so, then the moment we’ve already started together to fend him off. So, it follows that this moment is the moment when we can use our advantage, it is also the moment of maximum risk. I know that many people look at our obvious success, and begin to think, isn’t it time now to mitigate measures for social distancing,” said Boris Johnson.

The Prime Minister said that his priority is to consolidate the gains that have been achieved through quarantine and avoid a second outbreak of the disease.

“Keep your look”, asked Boris Johnson to businesses that suffer serious economic losses due to introduced in the UK restrictive measures to the closure of many public institutions.

As of Monday, the country recorded 153 thousand cases of the coronavirus, including 20 732 — fatal.

UK later many other European countries surrendered under the onslaught of the pandemic and resorted to the introduction of serious quarantine — this was done only on March 24, when the streets of cities in neighboring States already empty.

Today, Johnson said that the country began to change in a better way. On the eve of The Telegraph reported that the UK government may reconsider a number of restrictive measures.

According to Johnson, in the coming days will be given more detailed information about any changes, however, from the Prime Minister it becomes clear that to expect a sharp easing is not necessary.

The British leader also noted that so far the country managed to collectively safeguard the National health system and “smooth peak”. However, today he cannot say when and what will be lifted restrictions.

“We just can’t explain how fast or slow, or even when those changes are made. Although it is obvious that the government will be much more to say about this in the coming days,” — said Johnson.

Representative Downing street later announced that by the end of the week the government will be able to judge the ability of the country to “move forward.”

Johnson returned to his official residence on Downing street yesterday. On 5 April, he was hospitalized, and the last two weeks spent in country residence Chequers, where he recovered and, following the recommendations of doctors, did not take an active part in the work of the government. However, as reported by the British media, he daily spoke via video linkup with the foreign Minister Dominic Raab, who is temporarily performing his duties.

It is expected that on 7 may, the UK government may reconsider measures to fight the pandemic and to announce the revision of its strategy. Meanwhile, until the end of April London needs to achieve its goal of spending 100 thousand of tests for coronavirus in the day. Skills testing directly depends on the weakening of restrictive measures.

As informs “bi-Bi-si” on Saturday was held on 29 058 test, which is far from the stated targets. Today, a representative of Downing street said that it may take “several days” before it becomes clear, whether will reach the given bar in the UK 100 thousand tests per day to Thursday, April 30.

The opposition labour party, meanwhile, urged the government to publish their strategy. London already received a barrage of criticism when they announced their first measures against the coronavirus, which is fundamentally different from those that have entered other European countries.

The initial strategy of great Britain was published by Boris Johnson on 12 March, the day after the who announced that the spread of coronavirus has reached the stage of the pandemic.

Schools and universities the government shut down did not. Johnson also said that he sees no benefit in a ban on sporting events, as instead of them the British will still gather in pubs. The Prime Minister’s advice to senior citizens to refrain from trips, and those who have found themselves symptoms of the coronavirus, to stay at home.

A few days 229 British scientists sent an open letter to the government urging it to take tougher measures to combat the pandemic.

On 19 April the British newspaper the Sunday Times reported that Boris Johnson missed the first five meetings of COBRA on pandemic coronavirus. COBRA — the government’s emergency Committee, which meets only in emergency situations. The members meeting shall be determined by the Prime Minister, depending on what the problem is before the government.

The first hearing on assessing the threat of disease and its distribution in the UK was held in late January. However, the Prime Minister was more concerned about the country’s withdrawal from the European Union. After January 31, the London, officially left the EU, Boris Johnson went to his summer residence and did not appear for another four COBRA meeting.

He appeared at the meeting of the government’s emergency Committee until 2 March, when the situation was beginning to gain critical momentum, and ten days later, announced its soft enough strategy.

In the investigation The Sunday Times also noted that in recent years the government was completely focused on Brexit and missed many problems in the National health system, but also overestimated the ability of the UK to respond to emergencies.

All this creates a very negative background for the return of Boris Johnson after his recovery. The Prime Minister, however, today assured that the government will make decisions “with maximum transparency”.