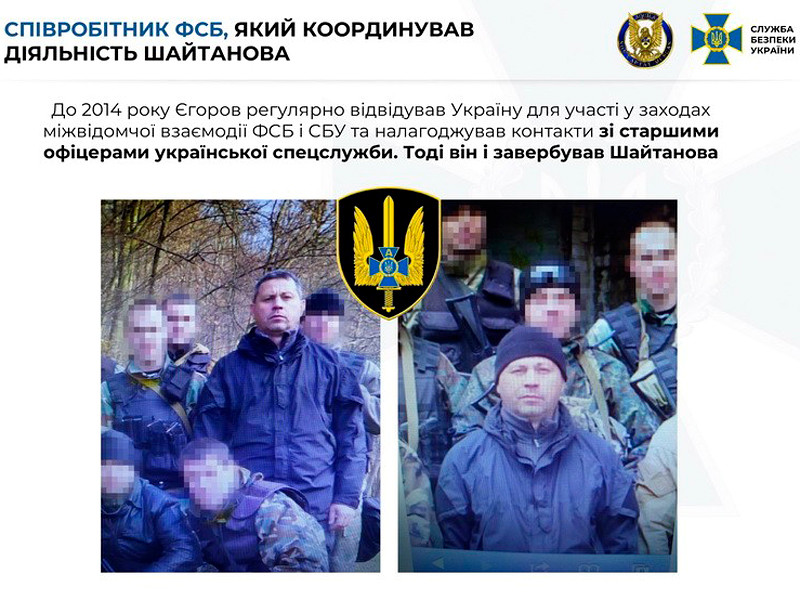 The person who was hiding under the call sign “Elbrus” in intercepted telephone conversations about events in the East of Ukraine in 2014, including the crash of the Malaysian plane over the Donbas, is a Colonel of the FSB of Russia Igor Yegorov, according to a published on Friday the investigation group Bellingcat, of editions of the Insider and der Spiegel.

Egorov was in the special forces of the FSB “Vympel”. Participated in the annexation of Crimea, and in the summer of 2014 as a so-called curator of the separatists was in Lugansk, using the call sign “Elbrus”. Under this pseudonym, he appears in the proceedings of an international investigation of the catastrophe Malaysian Boeing, shot down by Russian installation “Buk” on July 17, 2014, according to investigators.

14 APR 2020 SBU announced the arrest of his senior officer, Lieutenant General Valery Shaytanov, for a long time headed the Center for special operations “A”.
SBU claims, citing as evidence the recorded conversations that Egorov and Devils tried to arrange the murder living in Kiev Chechen Adam Osmayev. On record is offering a reward of 200 thousand dollars for the murder of a certain unnamed killer, at the same time promising him the identity of a Russian officer, which guarantees him a pension.

Adam Osmayev, who received asylum in Ukraine, during the war with Russia was the head of the Chechen volunteer battalion and fought on the side of Kiev. On it was repeatedly attempted, one of which was killed by his common-law wife Amina Okueva. One of the attempts made repeatedly convicted Arthur Denislav.

He was arrested in the Ukraine immediately after the failed assassination attempt in 2017, and after some time the Kremlin has included it in the list on the exchange, and December 29, 2019, he returned to Russia.

As stated in the investigation, trips Egorova in Europe in recent years suggests that he was also engaged in cases from Chechnya. Bellingcat recalls the murder in Berlin of Zelimkhan khangoshvili, about the possible involvement of the FSB which was described in previous investigations of the group.

The investigation also States that the German authorities were ready for the arrival of Egorova in the country in March and were preparing to detain him, but he canceled the trip.

The group previously released an investigation on the suspects in the assassination of Julius and Sergei Skripal, and the crash of the Boeing over Donbass (findings of the Bellingcat is partly reflected in the materials of the investigation).