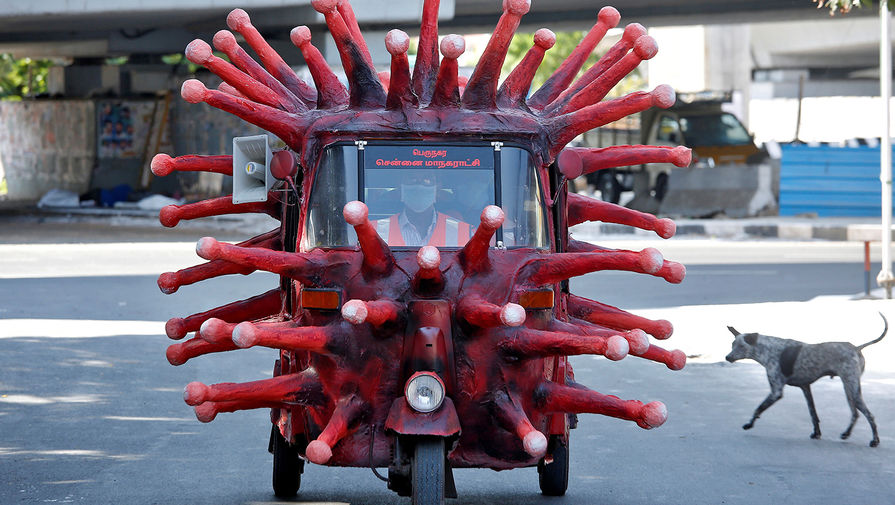 The number of people infected with coronavirus in 34 poor and the suffering from the wars of the world can reach one billion, and the number of deaths will exceed the target of 3 million people. Analysts are of the IRC predict this collapse of the plight of these States, their problems of health and social security. To solve the problem is proposed due to the timely humanitarian assistance. The experts called their forecast “phantasmagoric”.

According to the forecast, 34 States, the number of infected could reach 1 billion people.

We are talking about the poor and the suffering from war countries, in particular Afghanistan, Syria and Yemen. As stated by the IRC President David Miliband, these figures should be a signal of alarm for the world community.

“The full, devastating and disproportionate weight of this pandemic have not yet felt in the most fragile and war-torn countries. We are still in the critical time interval to take drastic preventive measures in the early stages COVID-19 in many of these countries and prevent further spread of the epidemic around the world,” — said the representative of the organization.

Background of the crisis

The IRC report is based on data from the who and Imperial College London and the simulation of further development of the epidemiological situation. Currently, the number of infected in the world is more than 3 million people, and the number of dead has reached 211 thousand

So, experts suggest that the deplorable state of health systems in poor countries will not allow them to confront the pandemic, according to the Chinese example.

In particular, in Venezuela, the humanitarian and economic crisis led to the outflow of doctors and 90% of hospitals face a shortage of medicines and Essentials.

In countries such as Syria, Greece, and Bangladesh, the danger of refugee camps, which are in fact the most densely populated areas in the world. IRC analysts believe that in such circumstances, the virus spreads four times faster than in the same Chinese city of Wuhan.

If we add to this problems with their software, the disastrous state of the health of the host countries and the inability of the organization of social distancing — the pace of growth in these areas will be much higher than current projections, according to experts of the organization.

Curfews and other restrictions in developing countries — not having a stable system of social support of the population can lead to starvation and further impoverishment of the people.

According to the forecast, South Sudan, where only four of the ventilator and only 24 intensive care may face serious problems.

Estimates indicate that almost 65% of the state’s residents rely on humanitarian aid, and in the case of restrictive measures, the country will face economic instability, caused by the reduction of agricultural work. While in South Sudan and so recorded a high level of malnutrition among the population because of food shortages.

Experts summarize that the effects of coronavirus on poor countries will be different from the situation in developed countries. Therefore, to use a single model to fight the pandemic is unrealistic and counterproductive. In such circumstances, they need financial assistance from other countries, which should be organized as soon as possible in order to avoid collapse.

“Required constant access to personal protective equipment, testing and isolation of all suspected cases, isolation devices and stations hand-washing. Donor States need to work together to eliminate obstacles to humanitarian aid,” — said the President of the IRC David Miliband.

As stated in conversation with “Газетой.Ru” the expert of the International Institute of humanitarian and political studies Vladimir Bruter, forecast IRC looks absolutely unreal.

“In most countries the number of new infected is dropping. I think that in the worst case at the moment, already got half (3 million people) in the context of the epidemic.

The probability of achieving the billion — phantasmagoric forecast”, — the expert believes.

The issue of support

In General, calls for the delivery of humanitarian aid is not uncommon, and often these initiatives come from the affected States. For example, Syria has repeatedly asked for help to combat coronavirus. The situation in the country concerned to the UN, as the number of Syrian areas lack the necessary number of hospitals, doctors and medical equipment.

As said the official representative of the UN Secretary General Stefan Dujarric, the complexity also creates the plight of internally displaced persons in Syria.

“Prices have more than doubled over the past year, a rise of 107% across the country,” Dujarric pointed out.

While the UN also did not rule out the possibility of a famine “of biblical proportions”, if not taken necessary measures to ensure food security.

According to the Executive Director of the world food programme (WFP) organization David Beazley, we cannot allow shortages of funding and trade in the background of the pandemic.

“COVID-19 is not only a global threat to human health, but also a global humanitarian catastrophe. Millions of civilians living in the conflict zone, including women and children, may be on the verge of starvation”, — stressed the head of the runway.

However, while any problems with the work of humanitarian programmes for disadvantaged countries, there is continuing supply. The cooperation established between the leading States and international organizations, continues to operate.

Virus partially affects the delivery of humanitarian assistance to the affected countries, says Vladimir Bruter, due to the interlocking economic relations.

“However, outside Africa, the tense situation is only in a few countries, so the total number of refugees is too large for the Eurasian continent. Can be any problems in Turkey or Greece, but there is strong the spread of the virus, and the refugees there is terrible social problems”, — concluded the expert.