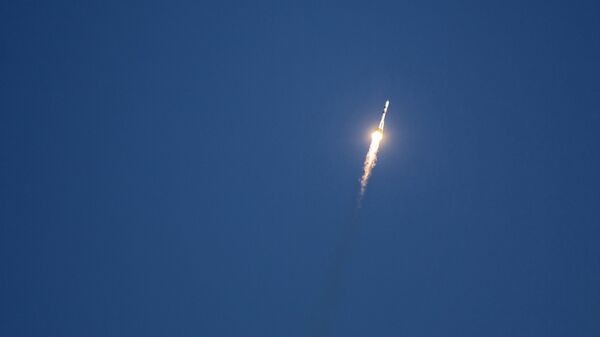 The carrier rocket “Soyuz-2.1 a”, which was launched Saturday from the Baikonur cosmodrome, brought into orbit the ship “Progress MS-14” with supplies for the International space station (ISS), stream start is on the website of Roskosmos.

Earlier in Roscosmos told RIA Novosti that the rocket “Soyuz-2.1 a” with the “Progress MS-14,” called “Rocket Victory.” It was decorated with St. George ribbon, orders of great Patriotic war and the logo of the 75th anniversary of the Victory.

“Progress MS-14” is the fourth “truck” that flies to the ISS for ultra fast double scheme. According to the website of the Roscosmos, it is expected to reach the station in just 3 hours 21 minutes, only three minutes slower than the ship-record “Progress MS-12” in July 2019.

Docking of “Progress MS-14” to the Zvezda module of the ISS Russian segment is planned in 8.12 GMT.

The ship “Progress MS-14” will deliver to the ISS 2.5 tons of supplies, including of 1.35 tons in the cargo hold containers of food, medicines, hygiene supplies for the crew, equipment for on-Board systems of the ISS, the equipment for the experiments. Also the ship will bring 650 pounds of fuel for refueling stations, 46 pounds of oxygen and 420 kilograms of drinking water.

Among the goods – grapefruit and oranges, and sausages of picoline flavored pizza that astronauts will have to eat for five days – until April 30.

In addition, on Board the “Progress MS-14” is the symbolism of the 75th anniversary of the Victory in the great Patriotic war and electronic media with the names of its members – a kind of “Immortal regiment”.

Now on the ISS are flying with the Russians Anatoly Ivanishin and Ivan Wagner and American Christopher Cassidy.

Herring under a fur coat for the New year. A classic recipe in a new version