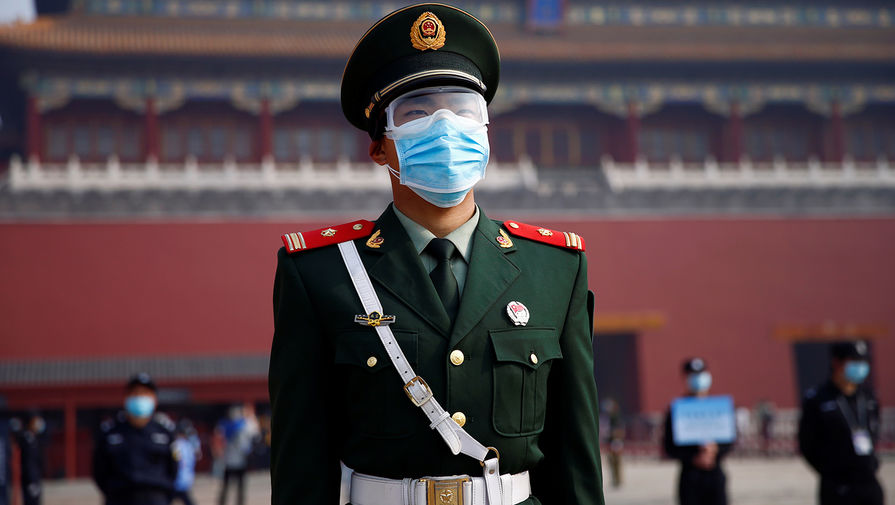 China was not invited experts from the world health organization to participate in the study of the origins of coronavirus infection, said the who. Currently there are several theories about the origin of the coronavirus. In the US, many are of the opinion that he was created in a lab in Wuhan. In this case who argue that it has a natural origin.

Despite the requests of experts of the world health organization (who), they have not received China’s invitation to participate in the study of the origins of coronavirus infection, reported in an interview with British TV channel Sky News the who representative in China Gauden Galea.

“We know that there is a certain national investigation, but at this stage we were not invited to take part in it. Who makes the queries in [public] Affairs Committee of health and to the authorities. The origins of the virus is very important, the interaction between man and animal is very important and should be studied,” — said the expert.

He noted that it is important to know as much as possible, to prevent the re-emergence of the virus.

Based on all available data, the who concluded that the virus is of animal origin, not created by man.

He admitted that Beijing did not provide the full information from the beginning of the outbreak. As an example, he said that from 3 to 16 January, when the Wuhan presumably actively disseminated disease caused by a novel coronavirus, the Chinese authorities have reported 41 cases of infection.

“Is it possible that there was a total of 41 cases during this time? I don’t think so. It is unlikely that in such epidemic numbers remained unchanged and was equal to 41 [case]. Were there any other cases? This is the question that China will need to respond,” said Galea.

After the spread of the coronavirus began to cover all large areas, journalists and politicians began to speculate about the real origins of the virus. For example, Fox News noted that the virus was allegedly transmitted to one of the employees of the laboratory in Wuhan off the bat. According to this version, the infected employee was later infected residents.

As reported by CNN, citing sources, the spread of coronavirus from laboratory to Wuhan along with other checks US intelligence.

Later, the head of the Bureau of intelligence and research United States Department of state, assistant Secretary of state Ellen McCarthy reported that they have no data about the artificial origin of the coronavirus.

“This is our point of view. Scientists from around the world explored the genetic sequence of the coronavirus. At the moment there is no evidence that he designed or in any way exposed to”, she stated.

The President of the United States Donald trump claimed that he has information according to which the coronavirus came from the laboratory in the Chinese city of Wuhan. While trump refused to give details, stressing that the us authorities are investigating.

The official representative of the Chinese foreign Ministry Zhao Lijiang called version of the artificial creation of coronavirus unproven. So he responded to the publication of Fox News channel.

At the same time in mid-April, the press Secretary who Fadel Chaib at the press briefing, said that the coronavirus SARS-CoV-2, which caused a global pandemic of a new type of pneumonia, has no signs of artificial origin.

“All available evidence suggests that this virus is of animal origin. He has not created and does not have a manipulation in laboratories,” — said the representative of the organization.

According to Chiba on currently available information, the virus might have an animal origin.

It is unknown how the infection has crossed the species barrier, but it is likely that he was an intermediate host.

“Most likely, the environmental reservoir was formed from bats, but how the virus is transmitted from bats to people remains to be seen,” said he.