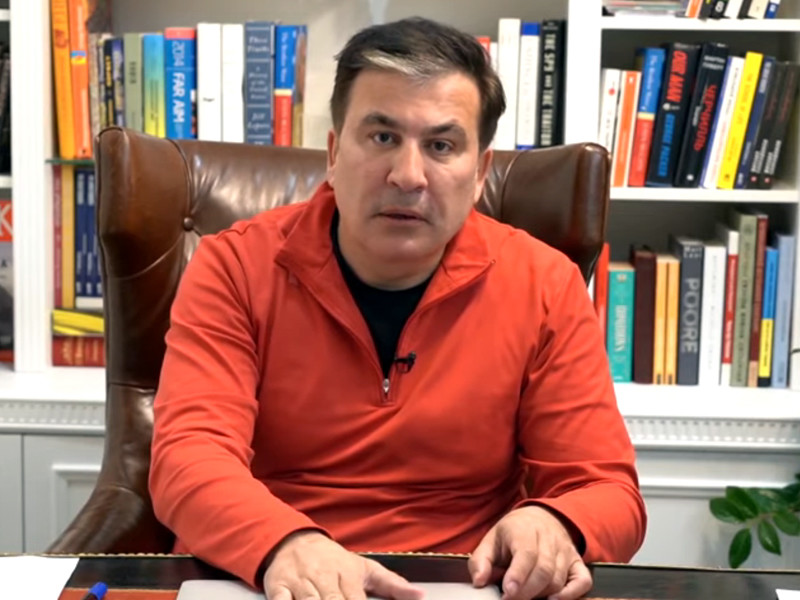 The Ukrainian government withdrew from Parliament the idea of appointing the ex-head of the Odessa oblast and the former President of Georgia Mikheil Saakashvili, Vice Prime Minister, reports “Censor.no.”

The reason for the decision of the government was that he failed to recruit a sufficient number of MPs willing to support such an appointment. For approval Saakashvili to the post of Deputy Chairman’s office needs 226 votes of deputies. From the Pro-presidential party “servant of the people” now 248 votes that would allow to confirm the appointment without consulting the other factions. However, the negotiations with members of the party failed, although the initiative came directly from President Vladimir Zelensky: to support Saakashvili agreed not more than 170 deputies.

According to the newspaper, the team Zelensky is now considering whether to offer Saakashvili instead of a post in the government of another post. “At the present time is considered the option of nominating Saakashvili in the elections of the mayor of Odessa as the candidate of “public Servants” with the maximum support of the authorities, both political and financial,” writes “Censor”.

According to editor-in-chief of news Agency Yuriy Butusov, “farcical history” with the attempt Saakashvili’s appointment in Ukraine’s government once again shows that President Vladimir Zelensky “remains in the policy integralnoe thinking.” “Initiatives thrown in for the sake of external effect and resonance. Zelensky has sounded, what kind of reforms he wanted to implement hands Saakashvili, what results he wants to achieve in running the country. This suggests that the appointment of Saakashvili, the President was not considered as the path of reform, but as purely a media game,” says Yury Butusov.

On April 22 Mikheil Saakashvili said that he had received from President Vladimir Zelensky offer to be part of the Ukrainian government as Deputy Prime Minister for reform. The ex-President of Georgia said that he had held “very substantive and useful” conversation with the Prime Minister of Ukraine Denis Megalam and intends to submit its proposals to the Verkhovna Rada as part of the overall government program. Speaking about his possible responsibilities, Saakashvili reported that Zelensky, in particular, will instruct him to engage in talks with the International monetary Fund (IMF), RBC reports.

Information about the possible appointment of Saakashvili, has caused a sharp negative reaction in Georgia, where ex-President initiated several criminal cases. Prime Minister George Gakharia said that the strategic partner of Ukraine, it is completely unacceptable to appoint a person who has been convicted and is wanted for serious crimes in Georgia. He threatened that in the event of such appointment Tbilisi withdraws Ambassador from Kiev, at least for consultation.

Saakashvili was President of Georgia from 2004 to 2013. Shortly after the electoral defeat in 2013, he left the country, where he had several criminal cases, including charges of embezzlement. In 2014, Saakashvili continued his political activities in Ukraine. In February 2015 he was appointed Advisor to the President of Petro Poroshenko, and in may headed the Odessa regional administration. This post he left in November 2016, amid a political conflict with President Petro Poroshenko and went into opposition. In July 2017, Poroshenko canceled a decree on awarding the ex-President of Georgia of Ukrainian citizenship, a year Later Saakashvili was expelled from the country. In Ukraine, he returned in the spring of 2019, after the departure Poroshenko to resign.