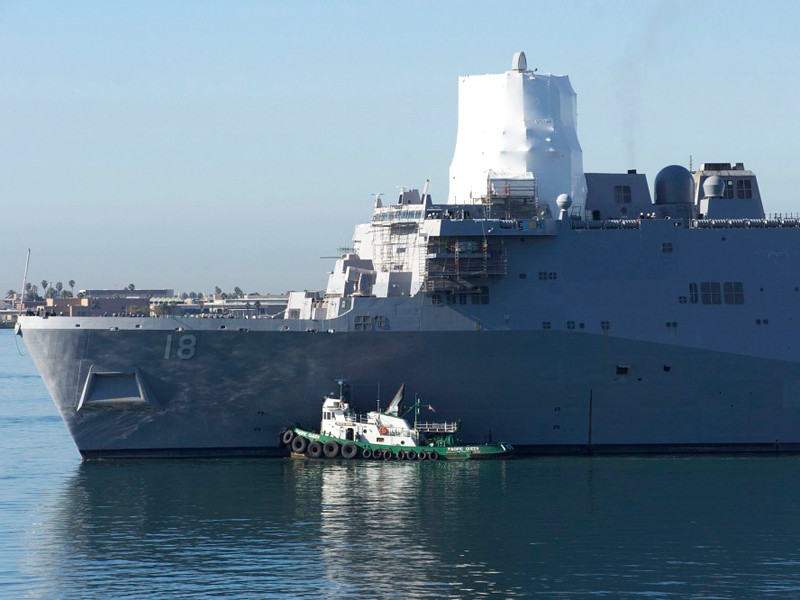 American missile destroyer USS Kidd, which saw an outbreak of infection with coronavirus, arrived Tuesday at the naval base in San Diego (California), follows from the data of the international system of tracking the movement of AIS vessels.

According to representatives of the US Navy, on Board the ship last week revealed that almost 50 infected from the 350 sailors of his team. After the arrival of the ship in San Diego, the us military command decides on what you will need to take action against the team, reports “Interfax”.

On Monday, the US Navy announced that at least 47 sailors aboard the destroyer USS Kid the disease is detected COVID-19. The ship was involved in the operation to combat the supply of drugs from Central America. At the outbreak of the coronavirus to the aid of the destroyer, which was off the coast of Mexico, was immediately sent to the amphibious assault ship USS Makin Island with the medical team.

“45% of team members from USS Kidd (DDG 100) has already been tested on COVID-19, 47 gave positive results, – stated in the message of the U.S. Navy. Two sailors were evacuated to the United States. Another 15 sailors transferred to the USS Makin Island (LHD 8) to monitor for resistant symptoms. None of them is in intensive care or on a ventilator”.

At the outbreak of COVID-19 aboard USS Kidd US Navy command decided to send him to the nearest naval base of the Pacific fleet in San Diego. The ship was on the base with a maximum speed of over 30 knots.

The destroyer USS Kidd became the second American ship affected by the outbreak of coronavirus infection in a time when he was at sea. Previously this situation was the nuclear aircraft carrier USS Theodore Roosevelt. Due to the deterioration of the situation in late March, the carrier was urgently sent to the base on the island of GUAM in the Western Pacific ocean. On Board the number of people infected with the virus is already close to a thousand. Most of the team from 4.8 thousand sailors went ashore and is quarantined.

Currently, the cases of coronavirus recorded on 26 warships of the US Navy are on the bases. Another 14 ships have been cases COVID-19, but patients have recovered.