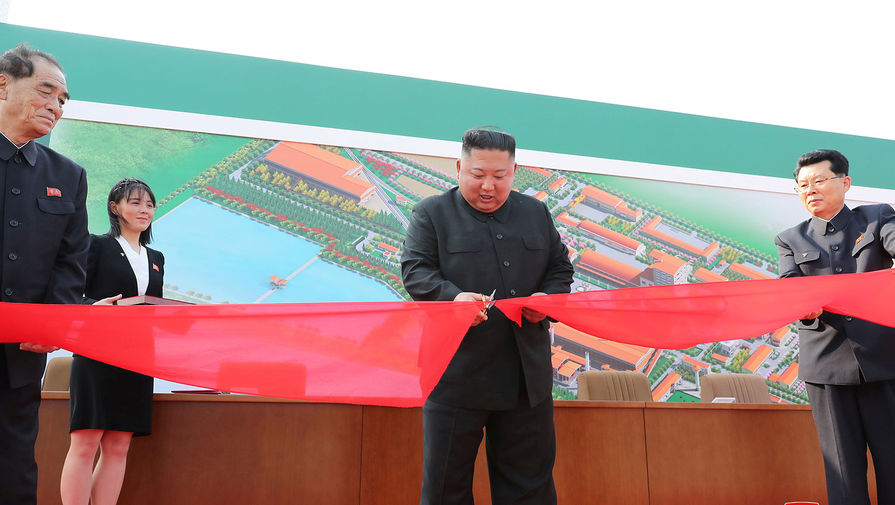 Media of North Korea reported on the alleged ground after 20 days of absence the public appearance of the leader of the DPRK Kim Jong-UN. State media of the DPRK published a few photos, as a politician cuts the ribbon at the opening ceremony of a plant for the production of phosphate fertilizers and happily waving to the audience. While media of the DPRK there is no video from this ceremony, and he and Kim didn’t say a word about the state of his health.

North Korean leader Kim Jong UN first appeared in public after 20 days of absence, contrary to rumors about the poor state of his health.

North Korean state media on Saturday, may 2, showed how Kim attended the ceremony dedicated to the completion of construction of the plant for the production of phosphate fertilizers in the city of Gumi in the province’s toll to the North of Pyongyang.

Central news Agency of North Korea showed the photographs, which show that Kim cut the red ribbon at the opening ceremony of the plant, as well as talks with workers and party leaders on the background of the production units of the enterprise. The politician looks completely healthy and alert, smiling and waving to the audience. 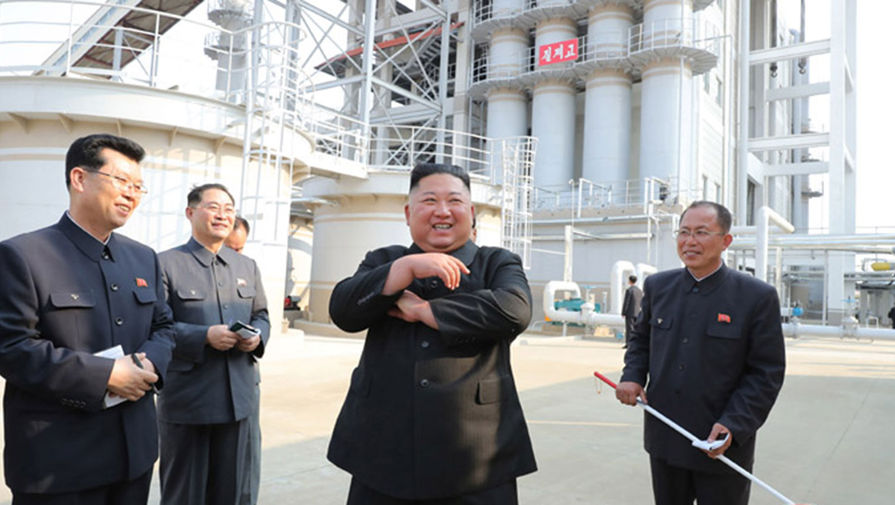 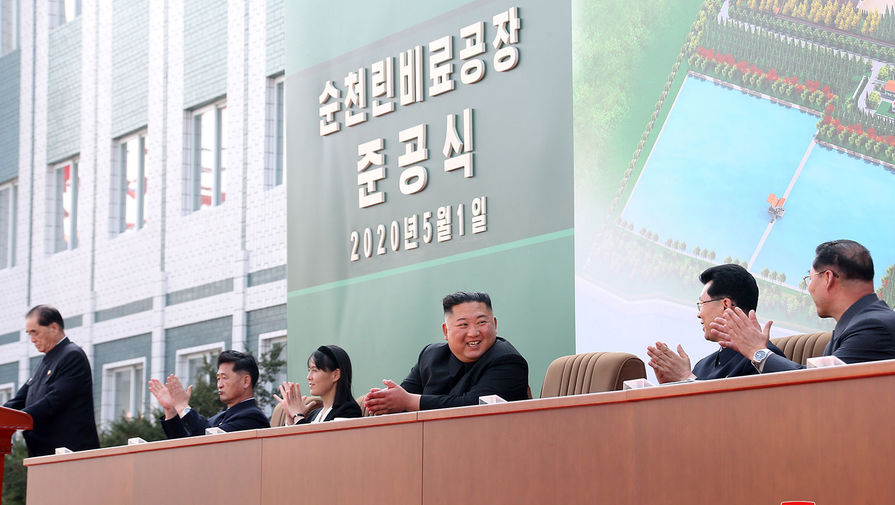 “All the participants burst into loud greeting “Cheers!”. “We Express the greatest glory to the Supreme leader, who has brought us to new achievements in the development of fertilizer production based on the technology of Juche and made a Grand revolutionary progress in strengthening self-sustaining economy,” says KCNA.

Kim visited several industrial units, including processing of raw materials, the production capacity of yellow phosphorus, and ammonium phosphate fertilizers and the process of packing, and was informed those present here leaders of the workers ‘ party of Korea on the principles of operation of the plant.

Kim stated that “satisfied with what he saw” and outlined the challenges and ways of development of the chemical industry of DPRK in accordance with the “requirements of the new century.” The policy was also accompanied by his sister Kim yo-Jong.

While thinking about what photos are old, suggest two suspicious fact: no video report from the event, and also the fact that Kim did not say a word about the state of his health, although the world press the third week talking about his eventual death.

The President of the United States Donald trump was asked to comment on the first 20 days, the appearance of North Korean leader Kim Jong-UN in public, reports Reuters.

The American leader refused to answer, saying that “he will prefer not to comment”. However, the White house promised to make a statement about the North Korean leader “in good time”. Earlier, responding to a question about Kim Chen Yne Reuters, the US President said that “he knows everything, but will not go into details”.

The first reports of “serious illness” of the head of the DPRK was launched on 21 April. Edition of the Daily NK, citing sources, said the development of cardiovascular disease in Kim Jong-UN. Thus the starting point for all of the rumor his absence at the birthday celebration of Kim Il sung 15 April, is one of the major holidays in North Korea.

In fact, Kim Jong-UN has not appeared in public since April 11 and has not made any official statements. Though North Korean media and published a number of congratulations on his behalf, but these publications do not have any exact dates.

For example, “Rodong Sinmun” posted gratitude to the builders of the tourist area on the Eastern coast of Wonsan Calma, on behalf of Kim Jong-UN, without specifying the time of writing it and not posting a new photo with the leader of the DPRK.

On 25 April the American edition of the New York Post, citing a source informed of the death of the leader of the DPRK.

Then the Hong Kong media have pointed out that the head of North Korea is supposedly in a vegetative state after heart surgery. At the same time adviser of the President of South Korea on unification and national security mun Jeong-In said that currently, Kim is alive and well.

“He since April 13 is located in the district of Wonsan. No suspicious movements have not yet been recorded,” — said the enforcer.

At the same time, The Washington Post writes that Pyongyang began to panic in the Wake of rumors about the state of Kim Jong-UN. The sources claim that the inhabitants of the capital of the DPRK are buying products and electronics, especially imported goods.

According to South Korean newspaper the Daily NK, 12 April-the head of the DPRK has repeatedly held, the procedures associated with the treatment of the cardiovascular system. On this day in a specialised hospital senior leadership of the DPRK were caused by the best surgeons of the Metropolitan hospitals.

According to the provided information by journalists, the treatment took Kim Jong Ynu due to “excessive Smoking, overweight and overtime.”

The edition also has noticed that the leader of the DPRK since August 2019, I felt bad because of problems with the cardiovascular system. Journalists noted that his condition deteriorated after a series of ascents on mount baekdu.

Escaped from North Korea the Supreme people’s Assembly JI sun Ho said that the head of the DPRK Kim Jong-UN with “a probability of 99%” had died in the last weekend of April, after heart surgery.

He told this to the South Korean Agency Yonhap.

“I can say that the probability is 99% North Korea is faced with the difficult problem of continuity”, — told ex-the Deputy.

He also said that the DPRK leadership is planning to make an official statement about the death of the leader this weekend. According to him, the information that the younger sister of leader Kim Jeong can lead the country after the official announcement of the death of Kim Jong-UN is accurate.

The Kremlin has no official information about the health of Kim, said the press Secretary of the President of Russia Dmitry Peskov.