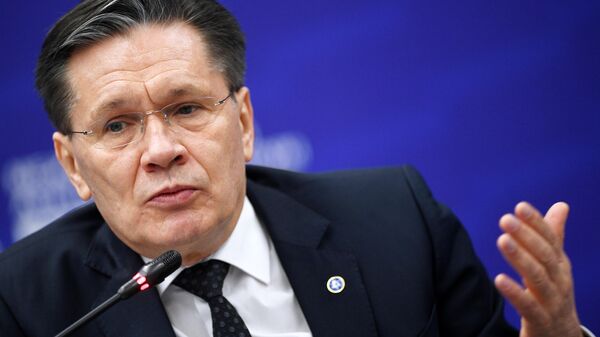 Rosatom handed over to the authorities for approval a draft program for the development in Russia of scientific research and technology in the field of nuclear energy, said General Director of Rosatom Alexey Likhachev.

Earlier in April, Russian President Vladimir Putin signed a decree instructed the government of the Russian Federation in three-months term to develop and approve a comprehensive program “Development of technologies and scientific researches in the field of use of atomic energy in the Russian Federation for the period up to 2024”.

In a video message to the employees of the Russian nuclear industry Likhachev announced that on Monday, the draft programme was sent for approval to the Federal Executive authorities, national research centre “Kurchatov Institute” and the Russian Academy of Sciences. “This program will be implemented as of the 14th national project”, – said Likhachev.

This comprehensive program aims, including on energy security of Russia. The program includes such major areas as the technology of two-component nuclear energy with a closed nuclear fuel cycle, technology of controlled thermonuclear fusion and plasma technology innovation, development of new materials and technologies for future energy systems, design and construction of a reference (standard) NPP power units, including nuclear power stations of low power.