Russia prepares to exit the isolation. How it be successful, will show the numbers of new infected with a coronavirus citizens. How to make them as small as possible, than to strengthen his immune system before meeting with a new wave СOVID-19, which is waiting for us in November, we talked to the head of the Department of Microbiology, Virology, immunology sechenovskiy of the University, academician Vitaliy ZVEREV. 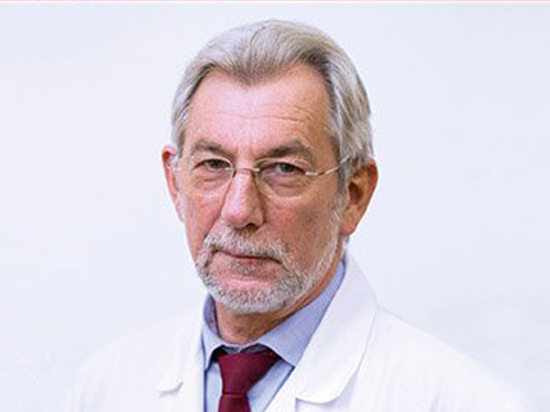 – Vitaly Vasilievich, as we know, the exit isolation should be gradual. Scientists and officials are developing a relevant roadmap. Have an understanding of what it will be?

– Exit from isolation will not mean that on may 11 we will all go outside. The output will be gradual. Based on the experience of other countries, probably first need to establish children’s education, especially high school students. It is contingent that practically ill with the coronavirus. For younger students, to after school remained under the care of, we should probably organize a system of summer school camps – after-school care.

Another of the priority: it is necessary to establish a normal system of care. I’m not talking about the infected, for which the isolation will continue, but there are people with chronic diseases, who spent eighteen months in isolation and the health of yourself not added. Their problem hasn’t gone away, only intensified, because in addition to the lack of walks, they long time did not receive routine medical care.

I think in the early days we open parks – not for public festivals, and for individual walks. We need to organize outside of the elderly. It may be wise to allocate certain hours or days that they could walk.

– What small businesses will be able to start working?

– First of all, it would be advisable to run the small shops where people can buy something from clothes, household goods, because people live not only food.

– All of these activities for the weakening of the regime will occur throughout Russia at once?

Everything I have listed, it is for Moscow. In other regions, perhaps, do not yet, because the epidemic there, where he later engaged in self-isolation, is now in full swing. On the other hand, there are many cities and areas where people live not so crowded as in big cities, so there is a process out of isolation if she was there at all was introduced, will be even faster and easier than we do.

– Going outside, healthy people need to apply any protective equipment?

– We will be required to wear masks. But it must be done with meaning. For example, on the street, where people are dispersed and the possibility of infection is low, wear them meaningless. Moreover, children and the elderly because of the constant wearing of masks may be difficulty breathing. In the end only harm. Therefore, for masks to hide from the virus is only in the subway, in stores, in short, only where there is a crowd of people.

– Should I wear silicone gloves, which for many have become a mandatory attribute of the wardrobe?

– They have no special meaning, because the virus is actively spread by airborne droplets.

– Some drugs to drink or instilled into the nose necessary?

– It is possible that preventive medication that will support the immune system at a high enough level, you need to drink, but all of these immunomodulators should be administered by your doctor. Because each vitamin, I’m not talking about antiviral ways to improve the release of interferon, have their form and play a role in the biochemical cycles of the body. An excess or insufficient can have its side effects.

– There are people with strong innate immunity. Guaranteed them protection from COVID-19?

– It is known that the most protected from coronavirus are children, except those who have a compromised immune system. Their strong innate immunity transmitted to them by inheritance from their parents, helps the so-called thymus gland (it is active until about 5 years). This gland former stem cells coming from bone marrow in the immune system are converted to T-lymphocytes that can fight off infections.

Getting into the child’s body, the virus genome is powerless in the face of perfect protection, as, however, and in the body of young people. But over the years, innate immunity in humans a little weakened. If the body will be weakened by diseases and harmful habits, it becomes more exposed to infection. It is known that once in the body, the coronavirus SARS-CoV-2 (it is COVID-19 – Ed.) encodes the body with a weakened immune system several proteins influencing the innate immune system response.

– The second wave COVID-19, according to Chinese scientists, is waiting for us in November…

– I do not think that in its power it will be same wave, as it is now. Still, a certain percentage of people already had, and a few months, assuming that everyone will behave properly, we will get only a small rise in the incidence. You have to understand that COVID-19 will remain with us forever, like the flu, like HIV, like viral hepatitis. To destroy it completely will be difficult. The whole world fought against smallpox for 20(!) years, still not defeated measles, polio…

– Which will promote autumn growth of morbidity – reducing the temperature?

– In the autumn-winter period has seen the rise of all viral diseases. And it is connected not only with the temperature. There are a range of factors. This lack of vitamin D due to the reduction of Sunny days, and a large density of people, returning after vacation.

By November we still have no vaccine from COVID-19. What are we going to defend ourselves?

– Many countries in a situation of unavailability of specific vaccines to the epidemic of a disease uses so-called “quick vaccine.” They stimulate the innate natural response of the body to any pathogen and cope with it in a few days. Protection short term, but almost one hundred percent.

– In our country there is a “quick cure”, which is produced on an industrial scale?

– Our Institute at the time created such a tool, it has successfully passed all clinical trials, but then with the change of senior management work slowed down. Now, we are again reminded her clinicians have already started its testing, it received support from the Russian Academy of Sciences, but it is unlikely we will have time to provide Muscovites for the upcoming fall season.

– On the basis of which it is made?

Are special proteins in four bacteria, so-called pathogen-associated molecular complexes. They provide the synthesis of protective molecules-cytokines, which has strong anti-inflammatory action. When introduced into the body the vaccine blocks the development of the virus and protects cells from it.

– It is injected intramuscularly?

– There are two versions of introduction, subcutaneously in the form of nasal drops.

– How many days it protected the body after administration?

For each kind of diseases it has its own pattern of use. For example, against SARS, we are making drops in the nose not once, but over a period of, for example, in two weeks intervals. You know, there are very frequently ill children that even planned vaccination activities to spend not possible due to the constant cough and snot. So our vaccine, we for years kept kids from colds and the background of the rapid vaccination vaccine did vaccinations against other infections.

Now the big problem is nosocomial viral infections. The patient made a unique operation, and then he dies of pneumonia… If such people to enter a “rapid cure”, we will be able to protect them from the accompanying infections. Has also sense to use this vaccine if the person has prokonsultirovat sick and is afraid of getting sick.

And if he still managed to “catch” a disease-causing virus, but the disease has not yet manifested itself?

– Even if “caught”, vaccine effectiveness would be lower, but will still be. By the way, now for this extra exposure to skin or mucous membranes in the nasopharynx of our vaccine, we are developing a species in the form of a spray. Sprayed in the throat before traveling on the transport, before work, and go ahead.

– If you say to fall your quick vaccine still is not available to Muscovites than to protect myself?

– I think such tools are now beginning to develop and other institutions. Maybe someone will put their production on stream faster than us. And so I would recommend a healthy way of life, to observe sanitary rules: try not to contact with a large number of people still adhere to social distance.

– By the way, something we coronavirus completely forgot about the flu. But autumn is the time when all vaccinated from infectious disease. So it is necessary this year to get vaccinated against the flu?

– Of course! Because he hasn’t gone anywhere.

– But of him no one says anything, as if it is not…

Just this year his little isolation has helped many to not only avoid infection with coronavirus and other respiratory infections. Although a month ago in USA has been released about 35-40 thousands of deaths from flu.

– In Russia there is such data?

– Should be, but nobody publishes it.

– Theoretically, the flu vaccine can partially protect against coronavirus COVID-19?

– Any vaccine in some extent can stimulate one or another type of immunity, but how much influenza vaccine will be effective against the coronavirus to say no one can.

– Scientists have said concerns many question about secondary infection with coronavirus?

– While there is not a single recorded repeated cases COVID-19. Described only few cases, when the virus has long disappeared from the body after recovery, and then gave a second stage of the disease, with all the same symptoms. But how often and from whom it can happen, we don’t know. Mainly cure people are sick because they have formed antibodies to the virus.

– And how long will continue the immunity I had been ill, now can you say?

– As far as I know, antibodies to SARS after people pereboleli SARS was not gone 10 years, MERS — 5 years. Even older types of coronaviruses immunity held for a year or a little more. How much will it hold the desired titer (frequency) of antibodies to COVID-19 are not yet known. If we assume that it will be 2-3 years, we can hope that in 3-4 years we will transfer this infection from life-threatening in the category of conventional SARS.