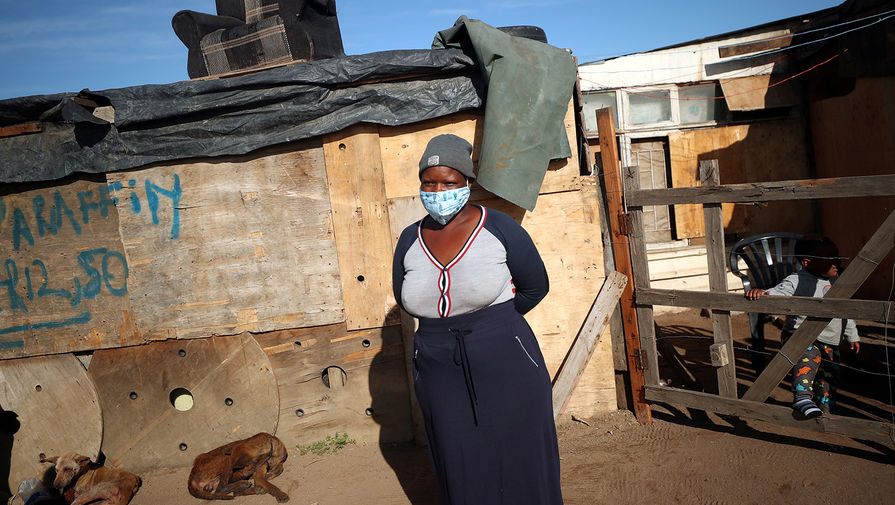 In African countries, according to the who identified 34 610 cases of coronavirus, of which 1517 fatal. This statistic is much lower than in Europe, Russia or the United States. However, to exclude the likelihood of a negative development of the scenario is impossible. In recent years, Moscow is trying to make clear its presence in Africa and help the continent in fighting the pandemic could strengthen its position.

Russia has repeatedly stated that the African dimension is among its foreign policy priorities. Moscow shows the world the interest in developing countries and partnering with them on a good basis.

Despite the problems in the economy, African States are developing quite successfully, and in the years 2000-2013 and all showed GDP growth of 5.2%.

On the continent accounts for about 30% of the world reserves of mineral resources, while the share of Russia is around 25%. Africa as a region with huge resources, economically attractive, not only for Moscow. A major player on the continent is China. What Beijing has become a leading investor in the region, and the volume of bilateral trade of China with African countries to 2018 amounted to more than $200 billion against $148 billion in 2017.

Russia in recent years, also tries to identify and to increase its presence in the region.

The Russian foreign Minister Sergei Lavrov in 2018 toured Africa, visiting Angola, Namibia, Zimbabwe, Mozambique and Ethiopia. Then in an interview Hommes d’afrique, the Minister stated that economic interaction, in contrast to the political, “is not so satisfied.”

Nevertheless, foreign trade turnover of Russia with the countries of the African continent has doubled in five years to over $20 billion in 2019. This was stated by the President of Russia Vladimir Putin during the first ever summit Russia-Africa on 23 October in Sochi. The summit, which was held a business forum, of the profit of Chapter 43 countries, 11 countries were represented at the level of Ministers and ambassadors.

However, it is impossible not to mention the fact that the pandemic coronavirus change the political landscape all over the world. Its influence may also affect the plans of Russia in Africa. According to the who in the countries of the continent identified 34 610 cases, of which 1517 fatal.

In comparison with other countries, the coronavirus has affected Africa not so much. A definite answer to the question of why coronavirus is not as strongly influenced the region, the expert community is not. There are several theories that explain this trend. First, it may be due to the fact that the virus does not like high temperatures, therefore it is successfully distributed in more Northern regions, and Africa bypasses, by and large, party.

Secondly, it should be noted that African countries are much less involved in economic, tourism, educational and humanitarian chain, and, accordingly, were not the foci of the epidemic.

Another reason for these statistics, the incidence may be low in ability testing in African countries.

Anyway, the simple answer to how the situation will develop on the continent, there is, accordingly, one cannot exclude the probability of the adverse scenario.

In the current situation to strengthen its presence in the region Moscow could help African countries to fight the pandemic, however, depending on how Russia itself will cope with the crisis.

On 21 April, the Russian foreign Ministry told TASS that several African countries turned to Russia for help in fighting the coronavirus. The Ministry clarified that the request is examined “by the exigencies of the situation” in each country.

However, as noted in his report to the General Director and member of the Presidium of RIAC, Andrey Kortunov and President of the Board of the Union “African business initiative”, RIAC expert, Natalia Zaiser,

in the foreseeable future Russia will not have the financial ability to support countries in the African continent.

“Apparently, pandemic, coupled with the global economic crisis and the collapse of world prices for hydrocarbons, make changes to its ambitious plans of cooperation of Russia with the countries of the continent, announced at the first summit Russia-Africa, held in Sochi in October, 2019”, — stated in the RIAC report “Africa’s Future against the background of the pandemic: two scenarios”.

At the same time, Moscow would share and share with Africa its experience in the fight against the pandemic, and to cooperate in the study of coronavirus. We can not exclude the possibility of providing humanitarian assistance which it had Italy, Serbia, Bosnia and Herzegovina.

“Don’t underestimate the importance of even symbolic gestures of solidarity on the part of Russia towards the African partners in a difficult period of their history — such solidarity would lay a good Foundation for the future. At the same time, probably, Russia could provide assistance not only in the framework of bilateral agreements, but also with the involvement of other partners — for example, China or the countries of the European Union,” the report said.

Another method of assistance and enhanced cooperation would be a demonstration of responsibility of Russian business in Africa through job retention and payment of staff salaries.

“We need to take into account the fact that the failure of Europe and the United States to demonstrate the efficient algorithms of the epidemic indirectly working for Russia, reducing the value of Western models of development in the eyes of Africans. After the completion of the pandemic Russia could be in a more favourable position from the point of view of its image on the continent in comparison with many other global players”, — reported in the report of the INF.

A significant role in pandemic conditions Russia could play in resolving armed conflicts on the African continent, for example in Libya. The West threw all their forces to fight the pandemic and almost all the political processes are now suspended, including the participation of the European Union in conflict resolution.

In October scheduled II Russian-African Social Forum and, depending on how the pandemic will evolve, as Russia will be able to cope with the coronavirus, respectively, to help Africa, the summit may take on an entirely different level.