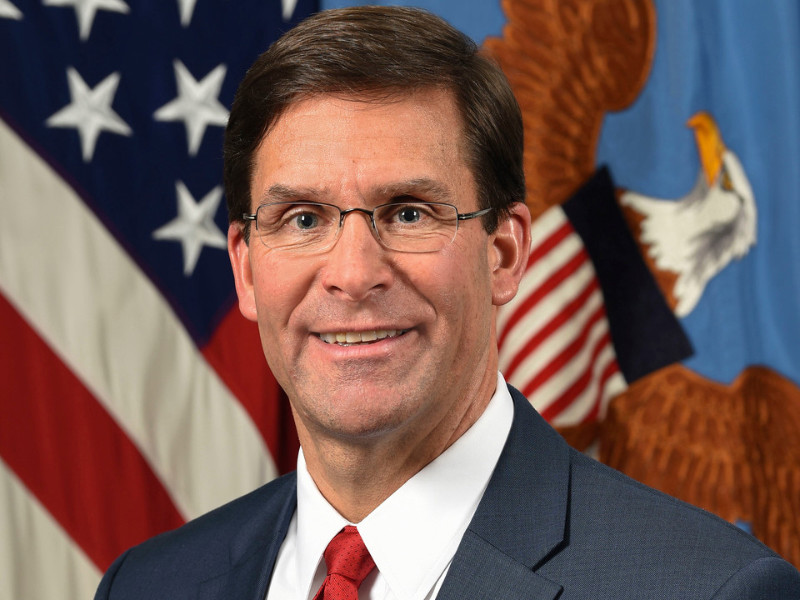 The Secretary of defense mark Esper has decided to suspend a number of construction projects abroad with a total value of 545 million dollars, most of which are based in Europe and is designed to “counter Russian aggression”. Dedicated to them and the funds the Pentagon is planning to direct the construction of the wall on the border with Mexico, according to Bloomberg.

According to the Agency, we are, in particular, on projects in Norway, Germany, Spain and other European countries totaling more than $ 200 million. All these projects are part of the “European containment initiatives” designed to strengthen allies and to undermine the growing influence of Russia on the continent. Among other overseas projects which can be deferred, Esper mentioned the construction of the facility on the base, located in the Marshall Islands, as well as the content of the American prison Guantanamo in Cuba.

Pentagon spokesman Chris Sherwood said that these foreign projects were not cancelled, but merely was postponed indefinitely. However, even if the funding for these projects is delayed, the Congress in any case will have in the future to allocate additional funds to continue their implementation.

Esper had the opportunity to redirect funds in both domestic and overseas construction program after the US President, Donald trump declared a state of emergency on the border with Mexico in February 2019. Trump has repeatedly stated its intention to close the us-Mexican border in connection with the migration crisis and they managed to raise several thousand troops for operation Patriot Faithful (“True Patriot”) on combating illegal migration in border areas.

He also asked to allocate $ 5.7 billion in the 2019 financial year for the construction of a wall on the border with Mexico, through which the United States was a caravans of migrants, but Congress has approved only 1.3 billion. In response, the us President has suspended the work of the government on the 35 days from 22 December to 25 January, it was the longest shutdown in U.S. history.

Next, trump has declared a state of emergency on the southern border, which gave him the right to redirect on the wall $ 6.5 billion without approval in addition to already allocated funds. Us senators voted for the repeal of this decree, and trump for the first time a President veto.

According to trump, the wall with a length of 1162 km and a cost of $ 18 billion needed to combat illegal migration and drug trafficking. The construction of the wall was one of his campaign promises. While built 179 kilometers of the wall. In 2017, Congress allocated 341 million us dollars, in 2018 1,375 billion, and at the end of March 2019 – billion dollars.

In addition, it was reported that trump was going to ask the Congress to allocate 8.6 billion dollars in 2020 fiscal year. This amount is almost six times the funds that Congress has agreed to allocate to the project the walls annually.