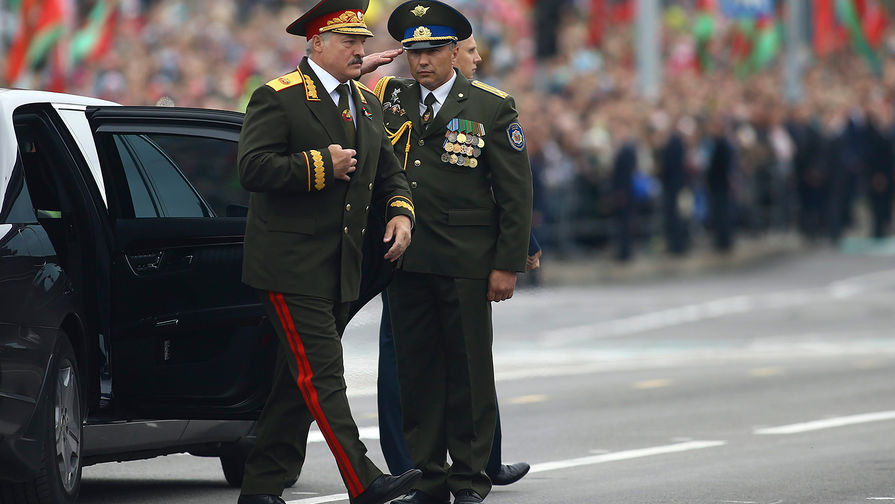 Alexander Lukashenko refused to cancel the parade in honor of the 75th anniversary of Victory in the great Patriotic war. He stressed that it is “the emotional and ideological thing”, urging to “think about what will people say”. According to him, to come to the parade and want veterans, but they “need to keep” on the background of the pandemic coronavirus.

Belarus will not cancel the military parade in honor of the 75th anniversary of the Victory, said the President of the Republic Alexander Lukashenko. As reported TASS, he said at a meeting on the preparations for the Victory Day and the epidemiological situation.

“We can’t cancel the parade, I just can’t. I’ve thought about it. Of course it’s emotional, deep ideological thing. We must remember that those people died, maybe from viruses, and other illnesses. But they did not feel at times and never thought about it, they died for us, no matter how pretentious it sounded,” said the Belarusian head.

In addition, Lukashenko said that “in a day or two”, to cancel the parade, people will accuse the authorities in fear. He also noted that a few veterans of the great Patriotic war want to attend the Victory parade.

“It is clear that they are already over 90. Think about how to be with them. I stick to their tactics: the elderly need to keep. We all see that all these infections primarily cling to the elderly, sick and young though”, he added. “Drag” for this massive event, no need, he said.

According to him, some Russian deputies of the state Duma and the Federation Council members also wish to visit the Minsk parade. Lukashenko also expressed the idea that the Day of Victory in the Belarusian capital could be representatives of all States. He also

stressed that the military parade is not the most dangerous event “from the point of view of epidemiologists and virologists”. The head of Belarus said that the country was not introduced restrictive measures for the holidays, and people “decide for themselves where to be.”

“People are very careful about their health. Somehow dispersed. Not had this cluster,” – said Lukashenko.

We will remind, in Belarus the quarantine measures were imposed, contrary to statements by the world health organization (who) on the risks of pandemic coronavirus. The number of cases COVID-19 in the country is 16705 people died in 99 patients, recovered – 3196 citizens of the Republic.

19 April, Lukashenka said that the country has chosen the right tactics against coronavirus. “Belarusians did the right thing,” said the politician, adding that they will pass this period of “worthy.”

A couple of weeks before Belarusian President expressed the opinion that the pandemic coronavirus is directly related to the country’s economy and the future existence of an independent Belarus. “The problem with the economy of our country. I must say that to some extent, perhaps, with the future existence of our Republic, because none of you cannot say what will happen with the world after this disease and psychosis,” — said Lukashenko.

Thus in the beginning of April the newspaper “Kommersant” referring to sources has informed that Belarus has asked Russia for help in combating the spread of coronavirus. “This problem must be addressed together, as if in one country the epidemic will decline and another will arise her hearth, the threat will remain”, — said one of interlocutors of the edition. He also expressed hope that Minsk will begin to take more responsibility for combating the pandemic.

Add, finally, that test COVID-19 Belarusian “Batka” is not passed. “Absolutely know that the President still didn’t test for the coronavirus. There is no need,” said his press Secretary Natalia Eismont.