Researchers from the Foundation for the Queen Elizabeth hospital and the University of East Anglia stated that vitamin D can play an important role in preventing death from the coronavirus. The researchers compared the average level of vitamin D in people from different countries, and the mortality rate from COVID-19, and found a pattern. The only question is: traditionally, vitamin D deficiency is usually associated with the lack of sun, and in the “leaders” of Europe, why then were the Italians, Spaniards and Swiss – residents of the Sunny southern countries. 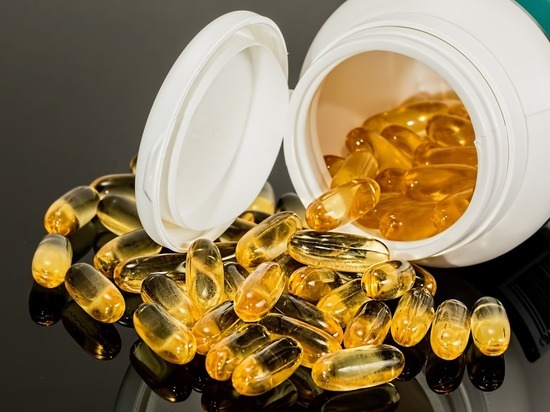 Experts have compared the average levels of vitamin D have 20 citizens of European States with the statistics of mortality from COVID-19 and discovered a pattern: in countries where citizens have a shortage of the substance, deaths have been more. These countries were Italy, Spain and Switzerland.

Meanwhile, doctors are of the opinion that such a pattern is quite obvious.

One of the problems faced by people with vitamin D deficiency – frequent colds and SARS. The fact that the lack of this vitamin weakens the immune system: by the way, this is exactly the tradition more often in the summer to take the children to the sea and the sun. However, “save” the vitamin in the body for the year ahead does not work, it is excreted in about two weeks. So I’d assume that lack of vitamin D makes the body more vulnerable to infection, including coronavirus, – has explained in conversation with the correspondent “MK” therapist Tatiana Charushin.

The doctor noted that many established risk factors for disease and complications of acquiring coronavirus infection overlap with risk factors for chronic deficiency of vitamin D. for Example, as previously noted by doctors, many patients who required mechanical ventilation, overweight, and obese individuals more often suffer from a lack of vitamin D – the fact that their body needs much more. The next category – people older than 60 years and, naturally, women after menopause, because with age our bodies produce less skin of vitamin D and worsening the absorption of fat in the intestine. It is known that in the elderly coronavirus most often ends in death. Therefore, as the doctor explains, it cannot be excluded that cases COVID-19 and suffering from vitamin deficiency, it’s just the same people.

Actually about the same, say researchers in Britain.

“The most vulnerable group of the population for COVID-19 — the one with the highest deficiency of vitamin D,” — said the scientists. Russia was one of the countries with the most notable inadequate intake of vitamin D, especially among the elderly – they have a pronounced deficit was observed in half of the cases.

– Now, during isolation, we can’t go out for a walk on a Sunny day, although this is the best way. However, it is now warm and we can arrange a working area on the balcony or loggia, or even just to open wide the window. Sun and air baths – it’s simple, but their importance is now very underestimated, he said Charushin.

However, the theory of the British scientists still doubt professionals – primarily due to the fact that most at risk recognized in Italy, Spain and Switzerland, and this country, where the number of Sunny days per year is significantly higher than in the North. According to the doctor, it may be due to the fact that a large number of people engaged in sedentary office work, therefore, spend time in the office or in the car, not in the sun. In addition, in Italy – including in the city of Bergamo, which has become a symbol of a pandemic – a lot of older people that vitamin D may be deficient of natural causes.

– We do not see accurate statistics is what these people do, how old they are, what they are sick. To say that all of Italy or all over Russia vitamin deficiency is very ill, – concludes the doctor.

Meanwhile, the head of the Department of Microbiology of latent infections Institute name Gamalei Victor Zuev encouraged to treat this information quietly and do not seek to buy any vitamins or supplements at your local pharmacy. And, of course, not to go aimlessly wandering around the street, citing the need to get a dose of sunlight.

“As prevention does not need to take vitamin D, and to comply with the recommended mode of self-isolation. It is, first, regardless of what vitamin you are missing. And of course you have to eat rationally”, – told the expert the Russians.