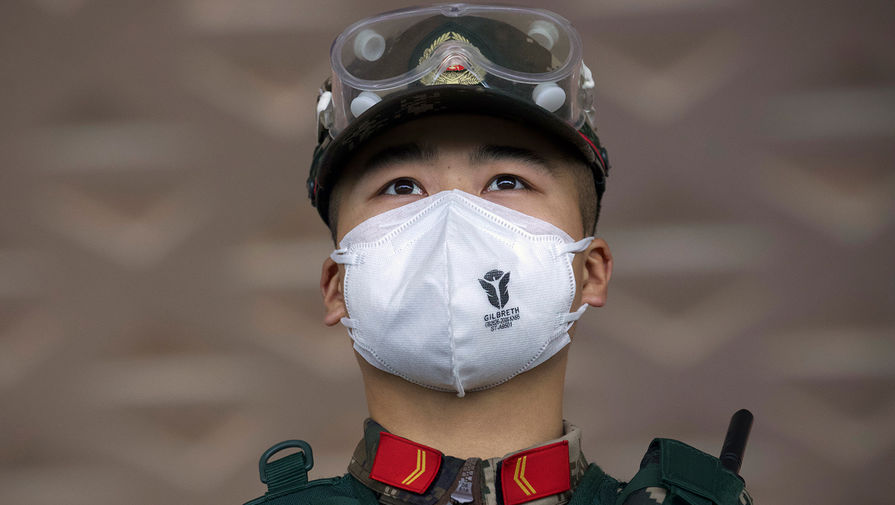 China hid information about the artificial origin of coronavirus, said the US Secretary of state Mike Pompeo. According to him, the American authorities have “strong evidence” that the virus was created in a lab of the Chinese Wuhan and then from there began to spread around the world. Currently the US is the most affected country — there found more than 1.1 million patients.

The us administration has evidence that a new coronavirus has spread from the Wuhan laboratory, said the TV channel ABC, US Secretary of state Mike Pompeo.

“There is strong evidence that it began there. We said from the beginning that this virus, which appeared in the Chinese city of Wuhan”, — the head of foreign policy Department of the USA answered the question about whether he had seen any documents confirming this version.

According to him, the exploration continues. “I can say that there is a significant amount of evidence that it came from a lab in Wuhan,” he said.

American politician added that the Chinese authorities tried to conceal information about the spread of the virus. “We can confirm that the Chinese Communist party did everything to the world did not recognize in a timely manner about what happened. There are many proofs of this, some are available publicly,” he said in an interview with ABC television.

However, he noted that “the best experts still believe that it was created by man.” “I have no reason not to believe this at this stage,” said Pompeo, without specifying what the experts are talking about. At the same time he ignored the words of the reporter that earlier that same intelligence community of the United States argued that there is no evidence of artificial origin of the virus.

Thursday, April 30, the office of the Director of national intelligence, quoted by the Associated Press, said that while there is no evidence that the coronavirus was created by man.

“The intelligence community agrees with the broad consensus of scientists that the virus COVID-19 was not created by man and have not been genetically modified”, — reads the statement of the office. The us intelligence added that the experts will continue to study incoming information, to understand how any outbreak of the disease.

But today, the media began to appear reports that the intelligence the Union of the “Five eyes”, which includes experts from USA, Australia, New Zealand, Canada and the UK, has revealed the deliberate concealment by the China data on the coronavirus. As reports the Australian Daily Telegraph newspaper, citing a report of razvedrota, China allegedly destroyed evidence of the presence of the virus in the laboratory, and also refused to allow scientists who are developing a vaccine to biomaterials.

Earlier, the us leader Donald trump has warned China of the consequences if it turns out that Beijing made a outbreak of coronavirus consciously.

China, in turn, on all charges in the artificial creation of the virus responds the same way: there is no direct evidence, and the authorities did not conceal information about the outbreak. In particular, April 29 Deputy Minister of foreign Affairs of China Le Yucheng in an interview with NBC said that Beijing “did not hide any information” about the coronavirus. However, he noted that demands for compensation are ridiculous and “a political farce”.

Shortly before an interview with Chinese Deputy foreign Ministry spokesman of China, Lijiang Zhao said that the version with artificial origin, coronavirus there is no evidence. Thus he responded to the publication of Fox News channel which dealt with the “patient zero”, who allegedly worked in the laboratory of Wuhan.

At the same time, not only China says no evidence. Rana the Director of the National Institute of allergic and infectious diseases of the United States Anthony Fauci said that the studies have shown the natural origin of the virus “transmission from animal to man”.