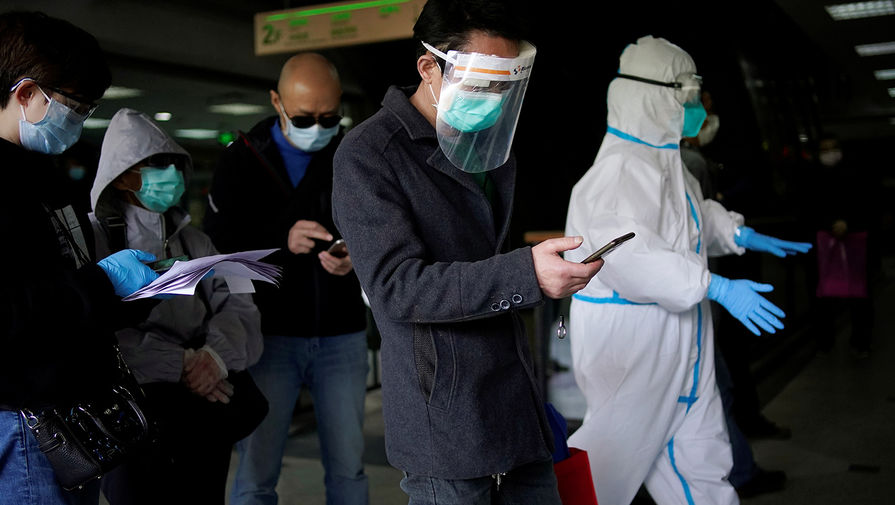 The Department of homeland security (DHS), the United States believes that Chinese authorities deliberately concealed part of the data about the dangers and spread of a new type of coronavirus. As reports Associated Press with reference to the report of the office from may 1, the Chinese leadership did it to stock up on medical supplies.

In particular, China did not notify timely the world health organization (who) about the degree of infectivity of the coronavirus, says us intelligence. At the same time, the Chinese authorities have become increasingly active in purchasing medical masks, and respirators, reducing the volume of export of medical.

Although the report is not classified, it is intended purely for internal use. Data confirming the version of DHS, the Agency lead was not; it is also unknown how the intelligence agencies have made similar conclusions about the actions of China.

The day before the British newspaper the Daily Telegraph reported that the intelligence services of Australia, New Zealand, USA, Canada and the UK I suspect the Chinese authorities that they are for a long time suppressed and destroyed the data about the outbreak of coronavirus in Wuhan.

The Chinese leadership was forced to remain silent doctors reporting on new infections, destroying the biomaterial from laboratories, refused to provide all information professionals who are working on a vaccine.

Then U.S. Secretary of state Michael Pompeo in an interview with ABC News stated that COVID-19 began to spread around the world from the Wuhan laboratory — and now “the whole world can see”.

Also on 29 April, the Deputy head of the Ministry of foreign Affairs of China Le Yucheng said that China regrets the use of “some politicians” of the crisis with the coronavirus for “defamation” of China. According to him, the Chinese authorities do not conceal information about the coronavirus.

The official representative of the Chinese foreign Ministry Zhao Lijiang shortly before it announced that the version of man-made origin of the coronavirus is not based on reason and evidence. The American Fox News channel was told that “patient zero” with COVID-19 became a fellow secret lab in Wuhan, engaged in the development of a variety of biological weapons.

May 1, U.S. President Donald trump said that Washington has evidence of the creation of the coronavirus in the laboratory of Wuhan. “Yes, I have”, he replied to the journalists ‘ question about whether there is confirmation of an artificial origin of Sars-Cov-2 (causes disease COVID-19). The American leader was not informed what evidence he has, citing the secrecy of the materials.

At the same time, U.S. intelligence reported that the recent increase in cyber attacks on medical centers and secret services believe that spies from other countries can seek information about the vaccine COVID-19 to use in their designs. UK intelligence agencies also confirmed that recorded cyberspying activity.

The Director of the National centre for counterintelligence and security (NCSC) of the United States bill Evanina claims that the attacks may be China.

“We can confidently say that foreign intelligence, including the Communist party of China, will try to take what we have achieved”, — he stressed.

In mid-April, the FBI announced the attempts of breaking of systems of the organizations involved in research COVID-19. According to the Deputy assistant Director of the Federal Bureau of investigation, the U.S. Tony Ugoretz, biomedical data have long been “a priority for cyber-espionage”, and the current organization working to find a cure and vaccine for coronavirus, became “the main target”. Shortly before assistant attorney General for national security of the United States John Demers said that “it would be foolish” not to believe that China will try to steal any data that details the development of a vaccine.