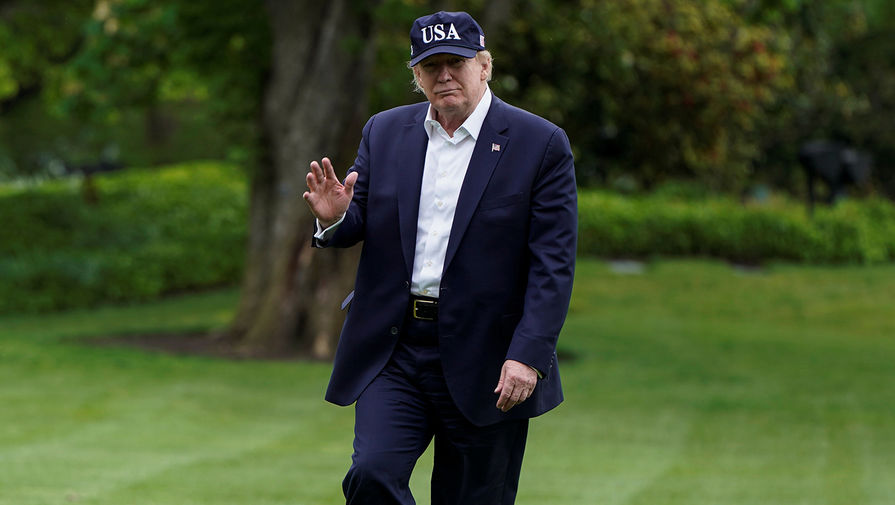 Donald trump made a vaccine for the coronavirus in the US by the end of the year, but did not specify whether they will assist other States. The policy of”America first” creates risks regarding access of other States to the drug of the United States. Analysts do not exclude that Washington will try to benefit from the vaccine or to distribute it selectively.

The US President Donald trump said that American experts will probably create a vaccine for the coronavirus before the end of 2020. According to him, currently under active development of the drug.

Asked by journalists how he would react to the vaccine in another country, trump said that he doesn’t care.

“I just wish there was a vaccine that helps. If it will make a different country, I’ll take off his hat to them,” — said the President of the United States, also recognizing that such an approach is unusual for him.

The United States is cooperating in this direction with the UK and Australia, said trump: the American side needs the vaccine, no matter who created it.

Thus, the US President admitted the possibility of a departure from its policy of “America first”, which is especially evident on the background of the pandemic coronavirus. An example of a priority policy and a virtual rejection of international cooperation trump demonstrated repeatedly.

This is evidenced by the story about the interception of the supply of protective equipment for other countries. Such accusations against the United States came from Germany, France and Canada. Medical mask, commissioned by the governments of the countries in Asia has not reached the destination and at the last moment was transferred to the United States.

Officially, the White house has denied that the interception of protective equipment, but the tramp talked about getting 200 thousand of respirators from an unknown source — this is the number of masks of type FFP2, for example, was to Germany.

While the international community has suspicions that a similar story could happen with a vaccine against coronavirus. USA all the power trying to invent the drug first, wrote Welt, the us even tried to lure a German company CureVac, which is developing vaccines to obtain exclusive rights.

Sources Bloomberg also pointed out that Washington is going to accelerate the pace of vaccine development, reducing the time to create up to eight months due to the symbiosis of private, public and military companies.

The aim of the project to January 2021 to make available 300 million doses of vaccine, a precedent for such a rapid development of protection against disease was not. The US is using every opportunity to achieve their result.

Joy to the world?

Overall, the rush of the White house in creation of a vaccine seems quite justified, because the United States leads in the number of reported cases of the coronavirus and the victims of the pandemic. According to the latest data, on American soil revealed nearly 1.2 million cases of the disease, including more than 68 thousand lethal.

The rapid development of the drug in the U.S. can benefit the world, as, acting on the principle of solidarity, they can share it with others. However, the reviewers Politico Nahal Tusi and Natasha Bertrand think otherwise, in their opinion, in the case of the vaccine trump will continue to follow the policy of “America first”.

In such circumstances, there will be several variants of development of events. First, the United States can not share the vaccine with other countries, to vaccinate its citizens only, and after go to the selective assistance to its allies.

For example, the United States may limit China’s access to the vaccine, which the U.S. side blames the spread of the virus, the withholding of information about it and even in its possible creation. It is not excluded that it can happen in reverse situation, if China first invent the drug.

The second scenario is slightly more realistic, according to observers, lies in the fact that

The United States can benefit from the invention of a vaccine for personal gain.

In this case, the price of the drug may be extremely high, perhaps even prohibitive for third world countries. This creates a risk of further spread of the coronavirus in the poor countries.

To realize this option will allow the lack of international coordination for the dissemination of or the creation of a vaccine. Any Treaty or mechanism for the regulation of this issue simply does not exist, although who for a long time proposed to create something similar.

The pandemic greatly tarnished the reputation of the organization, its reaction to the virus was somewhat delayed. In General we can say about the world, but the prevention and control of such crises are at the who. Recently, the trump organization actively criticizing and trying to shift at her part of the responsibility for the spread of the virus.

United States calling for the reform of the organization, as well as a possible complete change of its leadership that could push the issue of global coordination for vaccines indefinitely.

However, the last trump statements in relation to who or China and possible actions of the US administration of the vaccine should be considered in the context of the approaching presidential election. The election is six months, and the trump card of the American leader — economic growth — was lost due to the pandemic crisis.

The US economy is actually in recession, writes CNBC, in 2020 it is expected a reduction of at least 5.6%. In addition, unemployment almost reached 10%, and retail trade and industry only in March fell by 8.7% and 5.4%.

In such circumstances, the pursuing “America first” is probably more related to election campaign. Given that the vaccine — even on the most optimistic forecast, will not appear before the end of the year, the presidential election already held.

The combination of these factors suggests that to draw any specific conclusions about the actions of the United States on the development of vaccines is not. Furthermore, it is unclear how to develop the interaction between Washington and Beijing. Though currently, the White house has also been very critical of China, at the beginning of the pandemic trump, on the contrary, praised the Chinese authorities for the fight against the pandemic. It is possible that “the wrath of the President” can go after the election.