Meet Wilfred, the main contender for “the title” cat with the most intimidating look. This is not surprising, just look at those big eyes!

Wilfred has already received his share of fame, but his muzzle could be a new meme about despair. Let’s see what do you think about the cat other network users. 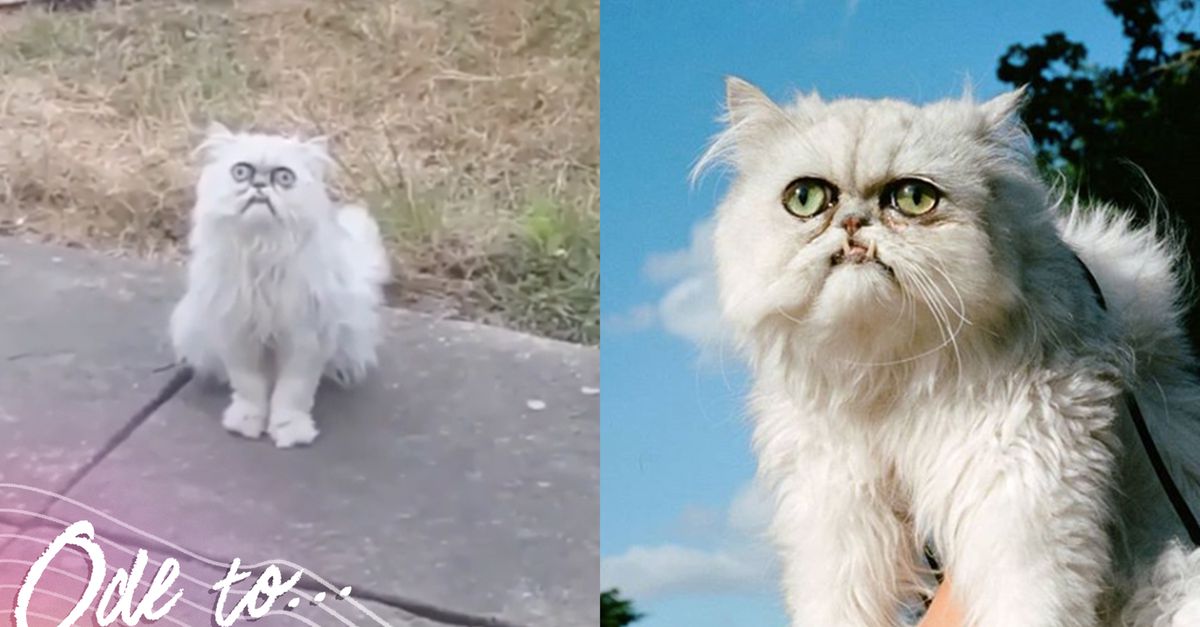 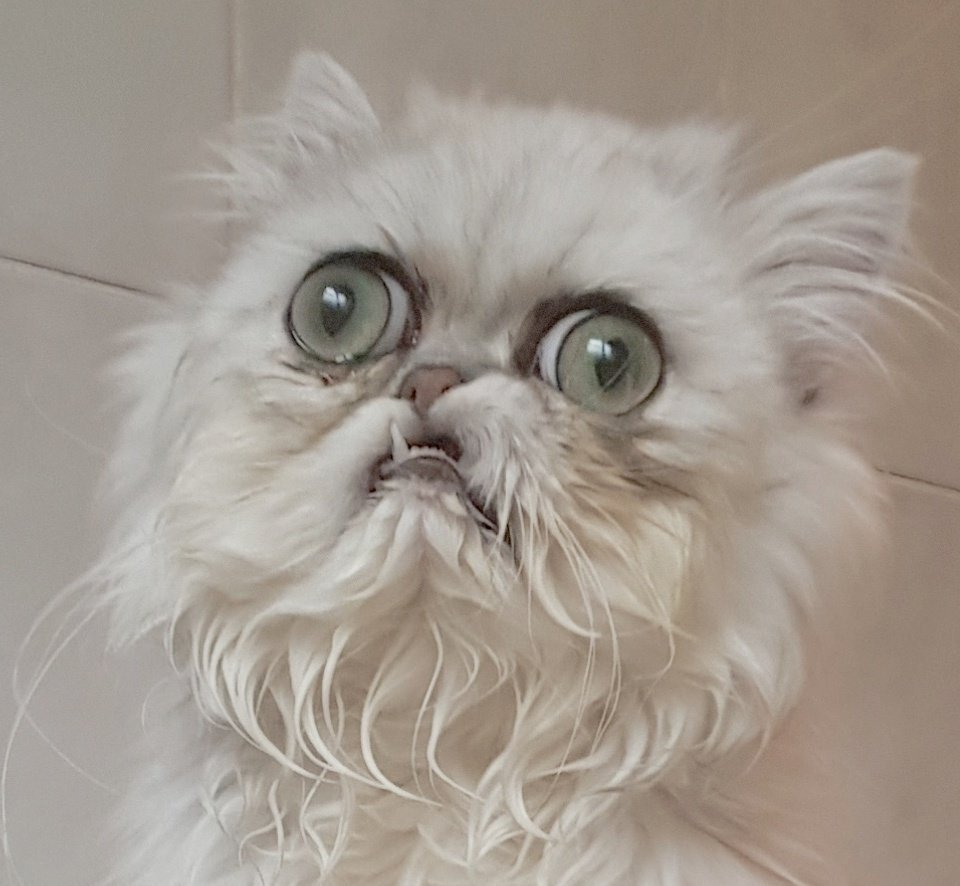 13 Nov a Reddit user under the nickname ceRtzz posted a video with Wilfred in the title role. On the video, the cat looks very strange and even scary.

Users who have viewed the recording, said that his muzzle is a perfect template for the new meme. Wilfred could replace on the throne of Grumpy Cat as the most sad or just creepy kitty. 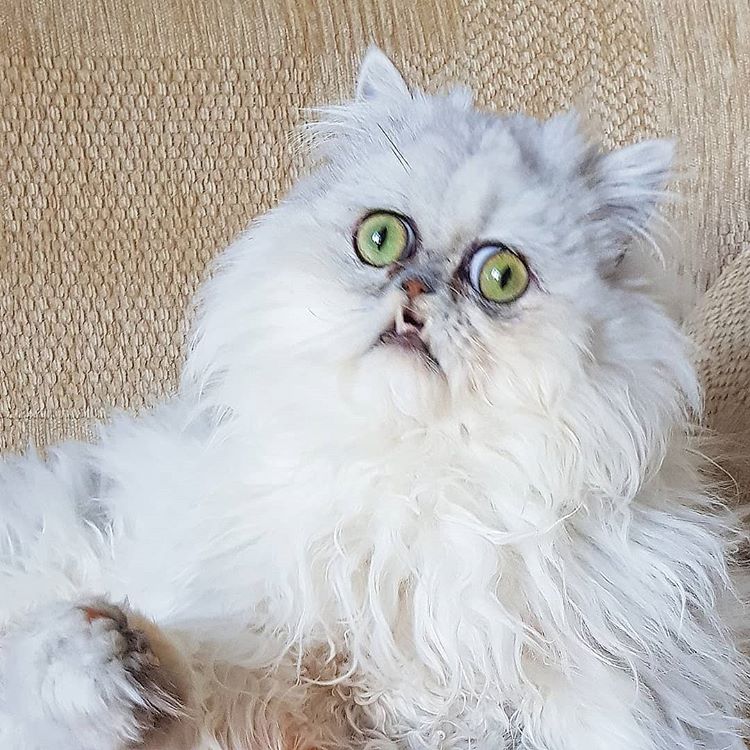 As it turned out later, Wilfred is a superstar. The cat even has its own account on Instagramthat is subscribed to more than 78 thousand people.

The key to the success was the unusual appearance of the cat. Huge eyes, flat nose, protruding fangs – all this may frighten or amuse anyone.

“I’m not afraid of anything, except for this crap”, — writes the user with the nickname treetrollmane. 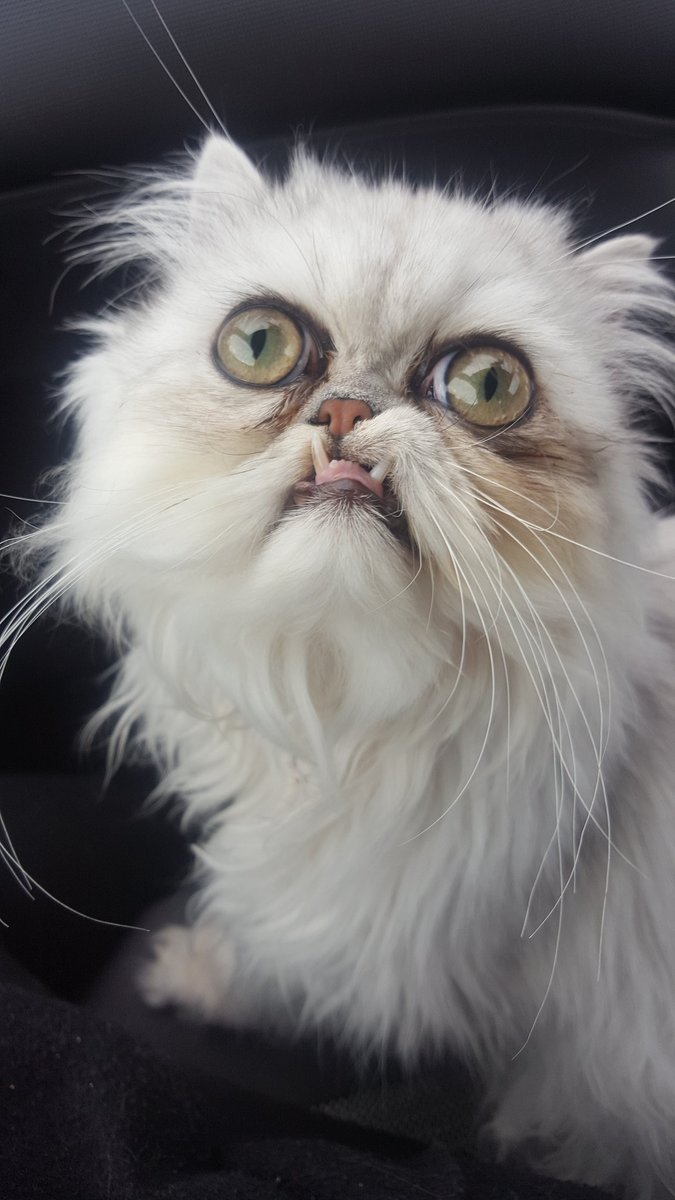 Sometimes it seems that the strange cat is not blinking and just waiting for the right moment when you can attack the next victim.

“Oh God, THAT sounds like my grandma. I love my grandmother, but I hate cats,” — commented on the appearance of Wilfred American comedian Michael RAPAPORT (Michael Rapaport). 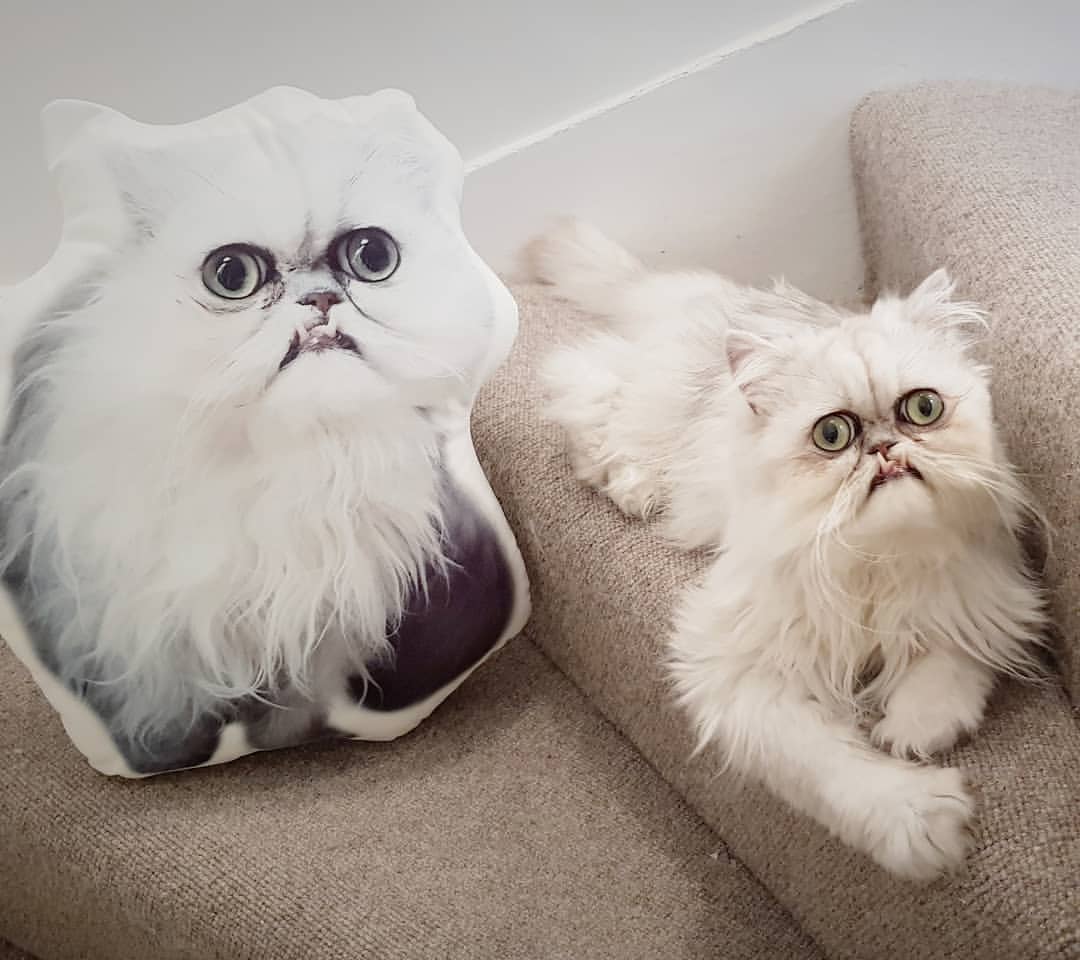 Wilfred even confused with the Scarecrow. Reddit users immediately believe that the photo itself is quite alive, healthy and happy cat. But it’s true. 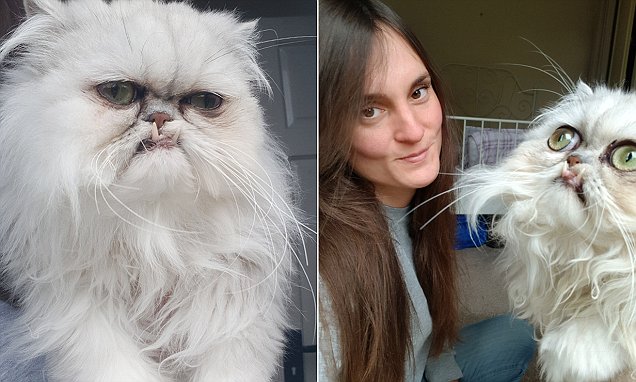 Wilfred, of breed white Persian cats, living in London. The video that caused a stir among users, shot in the backyard of the owner of the pet. 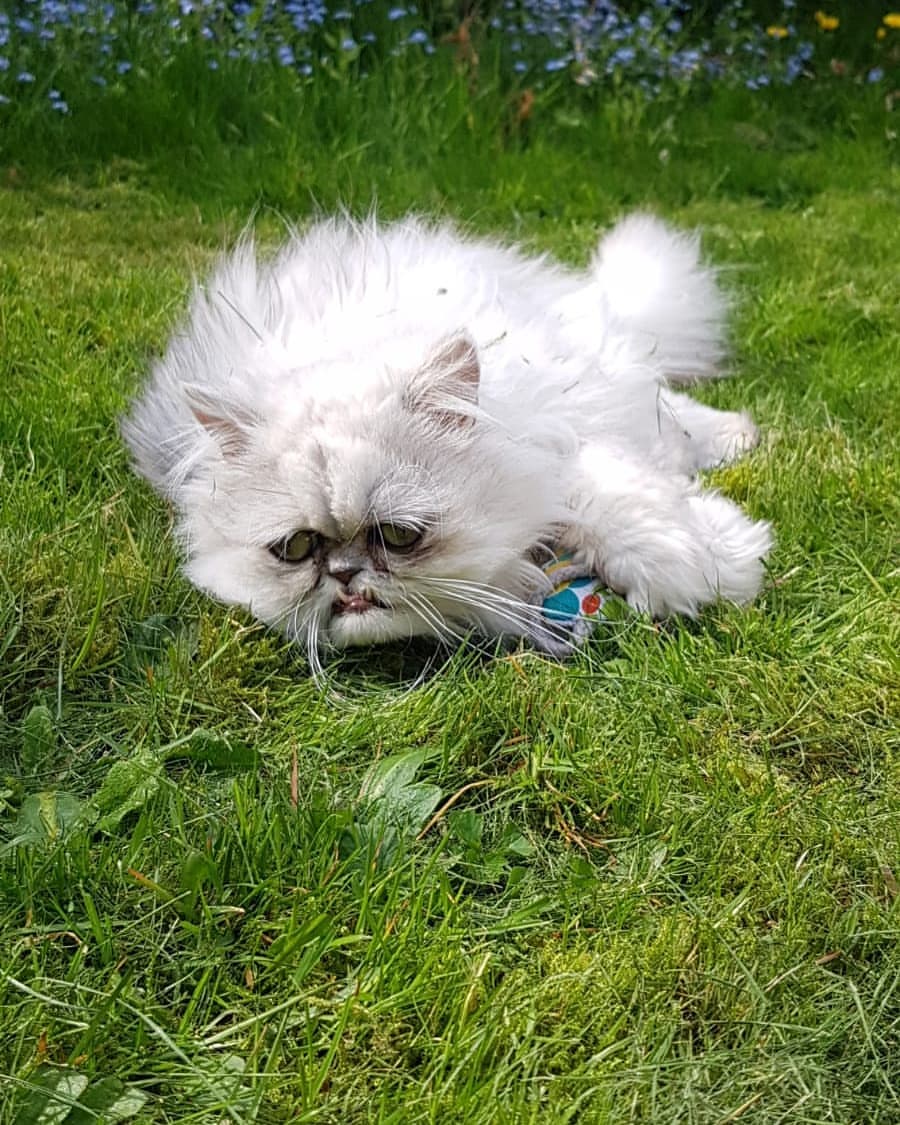 Despite the fact that the cat is forbidden to walk on the street, he runs away to soak up the sunshine or just go about their business. 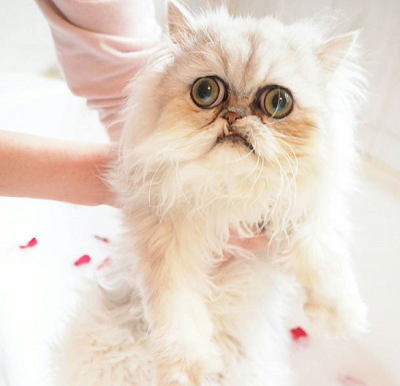 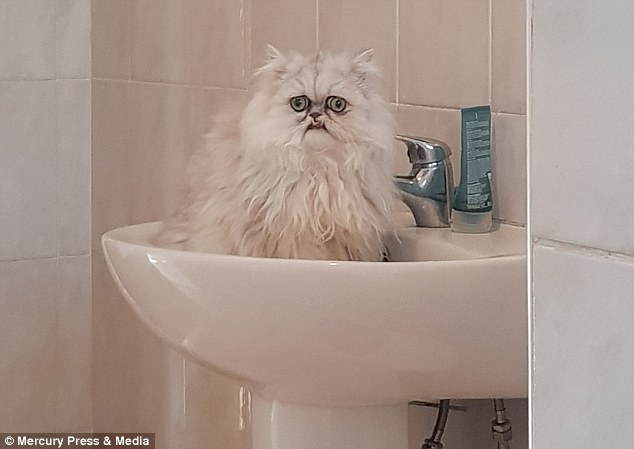 Wilfred, unlike other cats, does not like to climb trees, I enjoyed taking a bath and posing for the camera. Despite the peculiar appearance, Wilfred very sweet and affectionate cat.

Mistress kitty, Jenna, Millward, not going to have a pet, but are unable to resist this extraordinary sight when I saw the announcement of the sale. 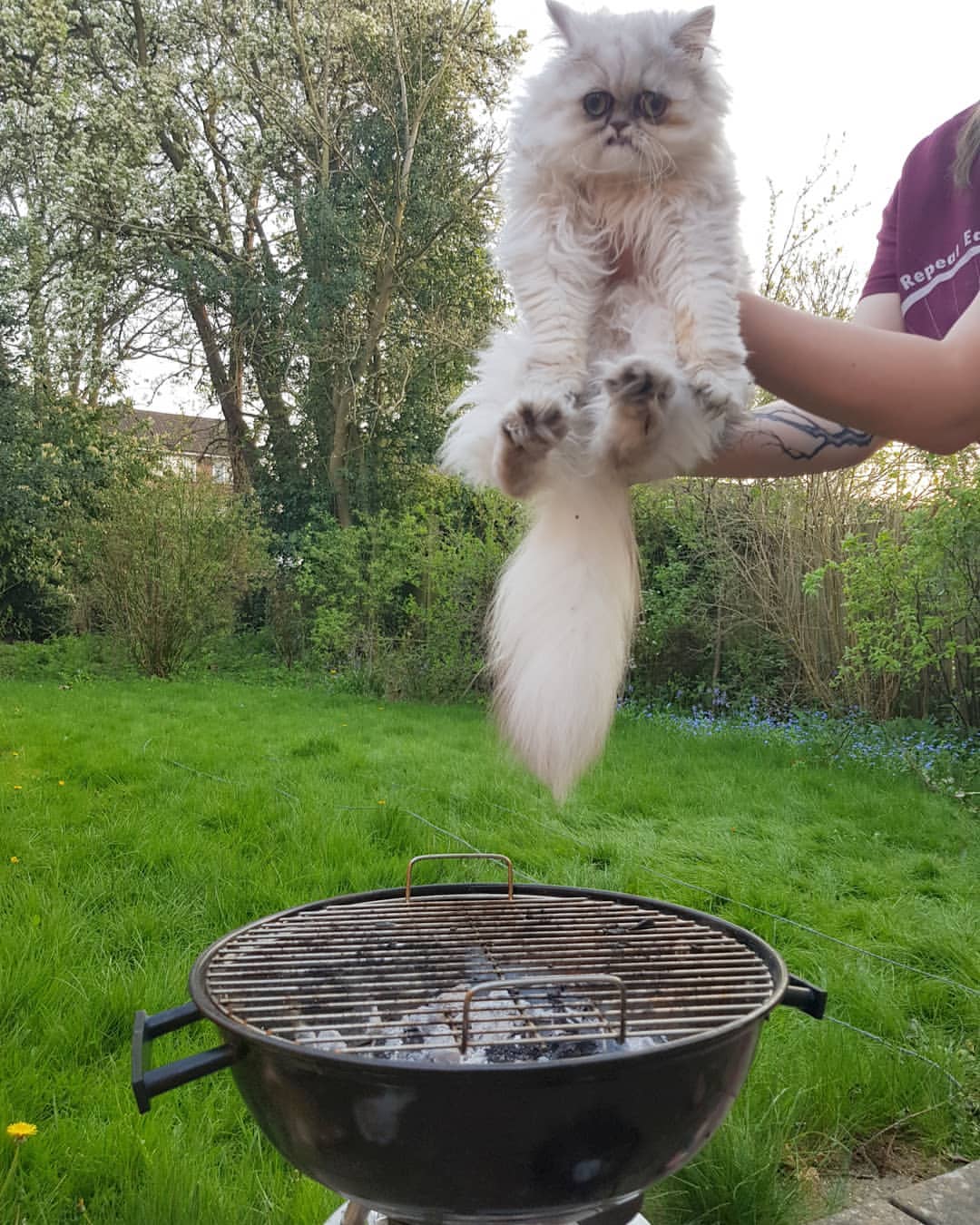 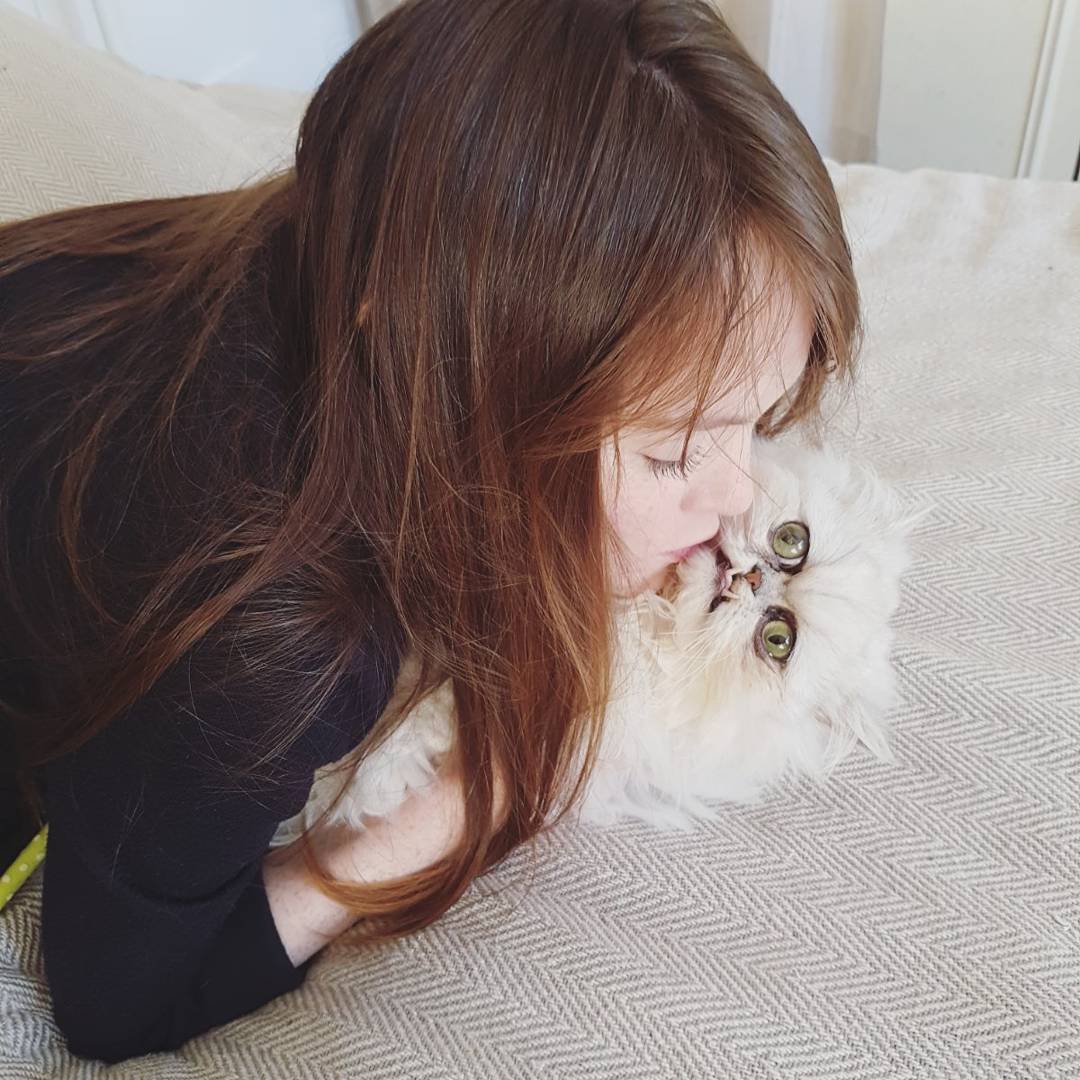 Now she just loves your cute freak Wilfred, and he reciprocates her feelings. 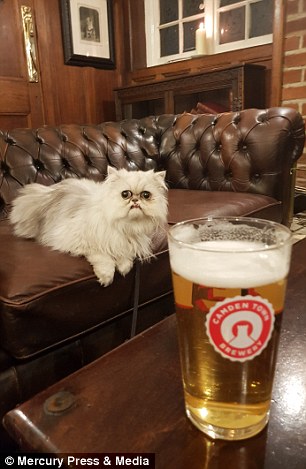 The hostess now often takes Wilfred for a walk, and even to the pub. Many people are scared of his appearance, but quickly become accustomed to the unusual kitten. 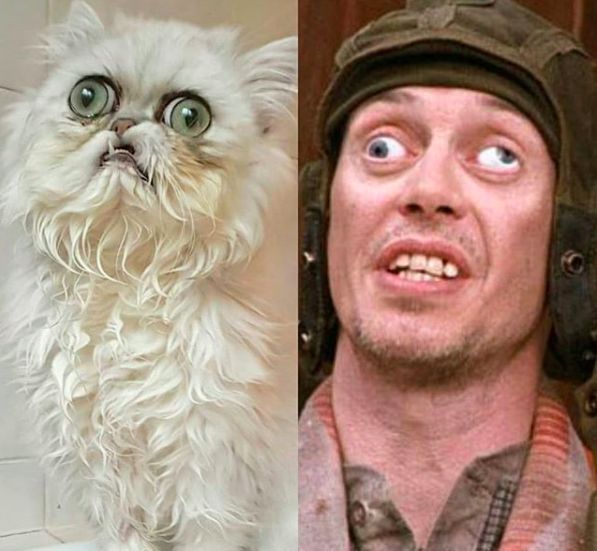 Some photos of Wilfred compare with actor Steve Buscemi. Both different and memorable look.

What do you think about this cat? He scared you or laugh?