“Happy hypoxia” – a mysterious manifestation of the novel coronavirus infection – was told by British doctors. Doctors saw patients with critically low blood oxygen saturation. But the sick did not suffer and felt quite cheerful. The Russian pulmonologist believes that this “contradicts physics of the process”. 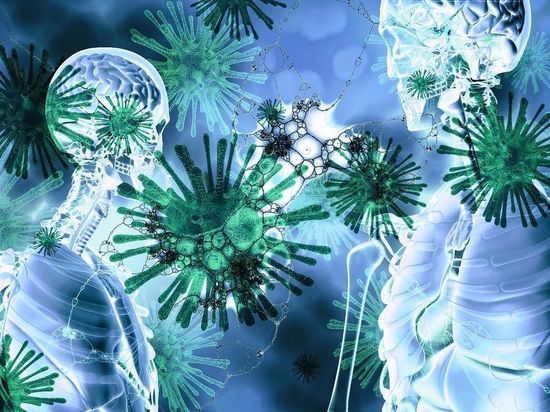 Doctors called the phenomenon “happy hypoxia”. In this state, the saturation (the oxygen saturation in the blood) of the patient drops to 70, 60 or even 50 percent. That is objectively in the patient COVID-19 occur life-threatening processes.

However, subjectively, patients feel fine and do not experience typical symptoms of oxygen starvation. They have no shortness of breath, they can breathe freely. Scientists have suggested that the unusual symptom can be related to the fact that when coronavirus in the lungs accumulate blood clots.

In connection with the new observations of British doctors recommended to his colleagues around the world be careful make the decision on whether to put a patient with coronavirus on the ventilator.

Russian doctors called the opening of the British colleagues strange and suspect here is some error. Russian experts are convinced that a decrease in saturation to 93 percent and below the person can feel like nothing is happening.

– I think it’s some mistake, – said Professor of the Department of Phthisiology and pulmonology MSMSU them. A. I. Evdokimov Sergey Babak, – When a person has low oxygen in the blood, occurs common hypoxia, organ. Caused by it can be hypoxemia, that is, the low dissolution of oxygen in the blood or lack of oxygen carriers. The person thus feels really bad. He actually gasps.

Hypoxia does not mean that people can not breathe the air. As explained by the pulmonologist, breath the patient takes, but he is always short of breath.

– This serious condition. I do not believe that saturation in the 56 to 60 percent people do not feel anything. This can not be, it’s against the physics of the process, – concluded Sergey Babak.

However, even in diagnosis of dyspnea of insidious COVID-19 caused confusion. As told by a doctor, in the era “before the coronavirus” was considered that all patients with saturation below 90% are in dangerous state, where the main risk is the development of severe respiratory failure. When coronaviruses reason to beat all the bells, physicians began to consider the saturation of 93%.

– Anything below 93% is the first degree of respiratory failure, said a pulmonologist – Physiological regulation of arterial blood saturation with oxygen are the numbers from 95 to 99 percent. When the saturation drops to 93, appear the first symptoms of lack of oxygen.

If home pulse oximetry is not available and there is no hope for a quick arrival of the ambulance crews, should pay attention to respiratory symptoms. The most frequent feeling shortness of breath. It can manifest in very different ways. Some patients feel like they have a lump in your throat, others feel heaviness and tightness in the chest. Doctors even have a special concept – the “language of dyspnea”. To him pulmonologists suggest you listen carefully.