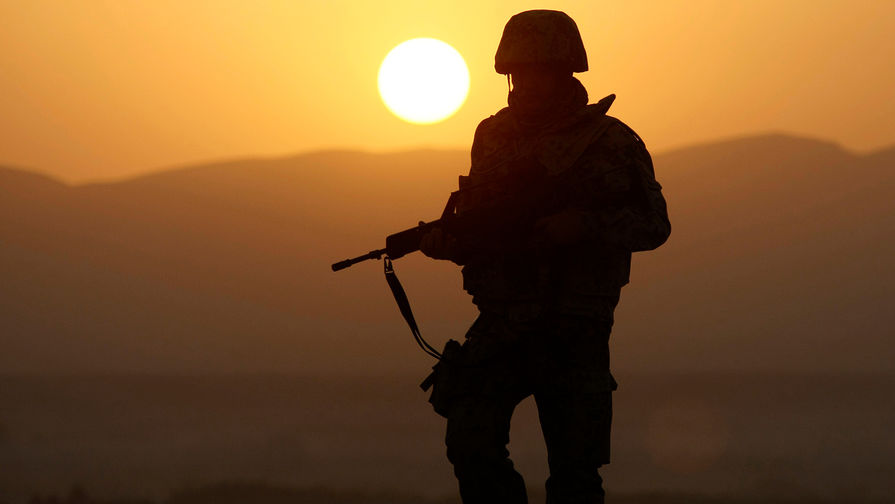 The German social-Democrats entering into coalition with the CDU/CSU, urged to withdraw from the territory of Germany of us nuclear weapons. And although the SPD has long advocated the improvement of relations with Russia, this issue can be important, and other aspects. Anyway, the Christian Democrats, adhering to different positions on the weaponization of the United States, can not completely ignore the opinion of their partners. Why SPD renew the old debate — in the material “Газеты.Ru”.

Leading members of the Social democratic party of Germany, a member of the government coalition with the CDU/CSU demand to free the country from the U.S. nuclear weapons deployed in Germany.

“Nuclear weapons in Germany does not increase our security, and Vice versa. It’s time to eliminate the possibility of placing [such weapons] in the future”

— said the leader of the SPD faction in the Bundestag Rolf Mutzenich in an interview with Tagesspiegel, published on 3 may.

Although this view is not shared by all senior members of the SPD, Mutzenich enlisted the support of co-Chairman of the German social-Democrats Saskia Esken.

“Those who believe that glasnost and perestroika were made possible thanks to Western nuclear deterrence, are missing from view. Nuclear weapons on German soil, the German planes is not an end in itself nor desirable [outcome]. Not to mention the fact that it is very expensive”, — the politician wrote on Twitter.

The SPD requires the user to restart the old debate about whether Germany is to remain under the protection of the nuclear umbrella of the United States, which was formed in the 1950-ies. From the left political flank this state of Affairs is seen as an unnecessary provocation against Russia.

This tension emerged in the early 1980s, when the American plan to counter threats from the Soviet medium-range missiles deployed in East Europe, through the accounting of the placement of weapons in Germany, caused a wave of intense street protests. Those events were fundamental for the development of the consciousness of a generation of leftist politicians, says the European edition of Politico.

However, the hope is that the requirements of the SPD (even if at a high enough level) will be heard a little. Despite the fact that the social Democrats are in a coalition government, the majority, even within this design keeps the “Christian democratic Union”, an unofficial leadership which saves Angela Merkel even after retiring from the post of party Chairman.

The German center-right consider the American nuclear shield as a key to peace in the country. However, CDU can not ignore the position of the SPD, which is even younger, but still a partner in the current configuration of power.

On the one hand, the social-Democrats consistently, and have long advocated a rapprochement with Russia and closer relations with Moscow. And the presence of nuclear weapons in Germany — an obvious obstacle in this direction of foreign policy.

On the other hand, consider some of the ideological crisis, which is now experiencing many parties in Germany, and including, the CDU/CSU. Consequently, left-wing parties can form some kind of Alliance on the following elections in 2021. And if the left Alliance will become a reality, then it can, in addition to the SPD, enter the Green and the Left party. This unit will almost certainly require the withdrawal of American weapons from the territory of Germany, writes the European press.

At the same time, Politico notes that the time Mutzenich chose to Express their opinions, can hardly be called accidental. Germany is currently in the process of folding its aging fleet of fighter jets “Tornado” — these planes were used by Germany to fulfil its obligations under the nuclear agreement with the United States.

Two weeks before the statements by the leader of the social democratic fraction in the Bundestag, the Minister of defence of Germany Annegret Kramp-of Karrenbauer, until recently the leader of the CDU, expressed support for the purchase of American aircraft F-18 to replace the “Tornado” to continue the execution of Germany’s obligations.

Berlin in these ways will require dozens of planes (assumed to be purchased 45 cars) that will ultimately result in billions of dollars. On the one hand, this will allow Germany to bring its defense spending to 2% of GDP (this is a requirement of the United States for all countries-members of NATO). However, the SPD shall be against such an increase.

Moreover, Germany, as a member of NATO, agrees to participate in the nuclear programme of the Alliance itself: this is what guarantees her the right to vote when planning or conducting operations with NATO the use of nuclear weapons.

If we consider separately the relationship of Germany and the United States on nuclear weapons, in the last month, information appeared on the Pentagon’s plans to upgrade its nuclear Arsenal in Germany with the replacement of obsolete bombs at present. Soon years held in the German bombs of the B61 needs to be replaced by bombs of a new modification with digital guidance.

In principle, the fact that the development of nuclear weapons and its update in Germany is not surprising.

“However, should be alerted that the US administration accepts on the eve of the expiry of the Treaty between the Russian Federation and the United States of America on measures for the further reduction and limitation of strategic offensive arms (start-3)”, — has noticed in conversation with “Газетой.Ru” the Chairman of the defense Committee of the State Duma the General-Lieutenant Alexander Burutin;.

However, it should be borne in mind that the U.S. withdrawal of its nuclear weapons from Germany, although I think in the short term is unlikely, cannot be called unrealistic scenario. Washington could negotiate with other countries-members of NATO in Eastern Europe such as Poland, which quite frequently appeals to the alleged “Russian threat”.

Such movement, however, in any case be perceived by Russia as a provocation, which may affect the security system on the European continent. Moscow is expected in the West, is unlikely to leave any of these actions pending, which may lead to destabilization of the situation in the region as a whole.

Such actions are unlikely Germany will remain unanswered by the US. The head of the White house Donald trump in previous years were often subjected to the criticism of Berlin and accused Germany that it ceases to be a reliable partner of the USA in Europe. Such calls on the part of the SPD can also be used as the trump argument in his rhetoric. And if you look wider, then this situation could renew debate about the effectiveness of the Alliance — and such questions have already been raised on both sides of the ocean.