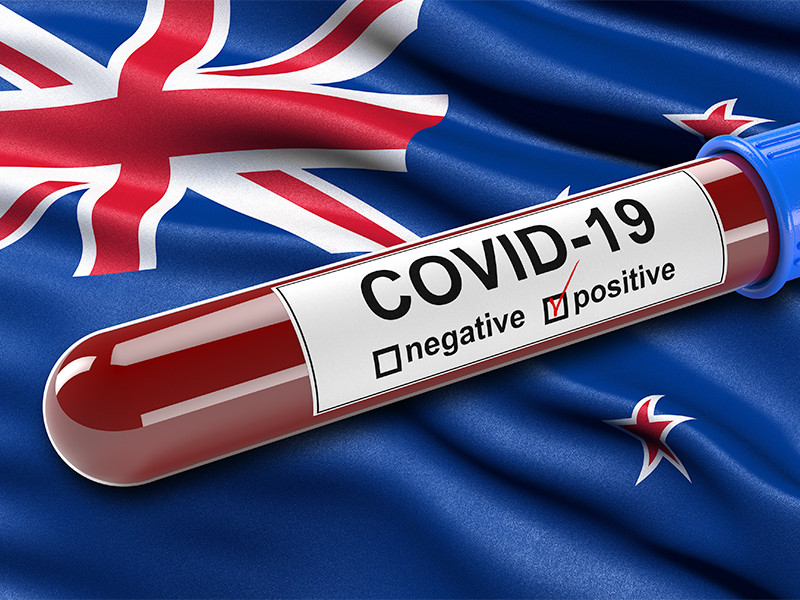 New Zealand is a country with almost five million inhabitants. Since the beginning of the pandemic Covid-19 there was 1476 cases and 19 deaths (data from the Johns Hopkins University). This is the lowest mortality rate in a particular Western country with a developed health system. Moreover, the authorities have failed to stop the uncontrolled spread of infection. The “new Zealand miracle” can be several reasons that transfers “Russian service BBC”. Among them – high level of confidence in the government, and genetic characteristics.

According to virologists, in case of any epidemic there are two strategies that you can follow. First familiar and time tested is to localize and mitigate the effects. The second is more radical and risky strategy for the elimination of (elimination) of the virus.

While many countries are leaning towards the first strategy, New Zealand decided to follow the path of elimination, and in early February the authorities as a recommendation urged citizens to minimize the social contacts. On March 14, the country introduced a mandatory quarantine for everyone arriving in the country, and the 19th, closed the borders to foreigners.

Then within a few days, the authorities imposed a four-level response system, in which the second level can be called “more than three not to gather”, and the fourth involves an almost complete stop of life in the country.

The path from the second to the fourth level the country has come in four days. For comparison – March 20 children in the UK still went to school.

“It is a pity that humanity has not learned any lessons from the situation of SARS epidemic, – says Alexander Movila, microbiologist, Professor at the Nova University in Florida. – Interrupt as soon as possible the chain of spread of the epidemic, to throw everyone on it – that had to be done everywhere.”

Many countries, however, according to him, first began to figure out how to stretch the peak of zarahemla in time and relieve the pressure on hospitals. And in big cities officials and citizens “clinging to the businesses,” feared to hurt the economy. In the end, time was lost.

According to the scientific edition of the New Zealand Medical Journal, if not the determination of the government and the speed of decision making, statistics of deaths in the country could be about 14400 occasions. However, the success in halting the epidemic would not have been possible without the willingness of citizens to abide by restrictions, and this was the result of public confidence in government.

“I have at different times worked in Yemen, in Israel, in Poland and Ecuador, can you compare the social environment of different countries, and not all people are willing to accept the proposed conditions, says a sociologist from New Zealand’s Sean Adams. Trust or distrust of the government in a crisis becomes an important condition.”

The rating of the Prime Minister of New Zealand, Jacinda Ardern is very high in the country. Its popularity among new Zealanders even has a name – “Casingamble”. In October 2017 at age 37 she became the youngest Prime Minister in the history of New Zealand. In 2018, the first Prime Minister, speaking at a gay pride parade and have been in defense of the legalization of abortion and marijuana.

In March 2019 Ardern wearing the hijab and stood side by side with the Muslim community in New Zealand, after two mosques in the city of Christchurch during Friday prayers, a terrorist killed more than 50 people and wounded 49.

Ardern – a supporter of protectionist measures in the economy and is committed to a policy of social justice which involves raising the minimum wage and economic support for the disadvantaged.

However, the high level of discipline among citizens is not always associated with the Western model of the state. So, the Chinese also complied with all provisions of the authorities during the epidemic of the coronavirus, says Alexander Movila.

A European in Romania in less than a April police fined 200 thousand violators of the isolation mode for the sum of 78 million euros.

Another factor contributing to the success in halting the epidemic Covid-19 in New Zealand, scientists believe the genome of the nation. Many of them believe that the features of the genome affect how different people respond to disease and natural phenomena.

“For example, the Japanese aging process is slower than the Europeans. Just a different rate of accumulation of senescent cells. A Latin American people, particularly Mexicans, are much more susceptible to other disease is type II diabetes,” says Alexander Movila.

Cardano ready to move to Shelley

Security threat: in Germany demand to withdraw US nuclear weapons