To combat the coronavirus have joined one of the most powerful supercomputers of our country – “Lomonosov-2”. The research programme told us the head of the laboratory research computing center of Moscow state University, doctor of physical and mathematical Sciences Vladimir Sulimov. 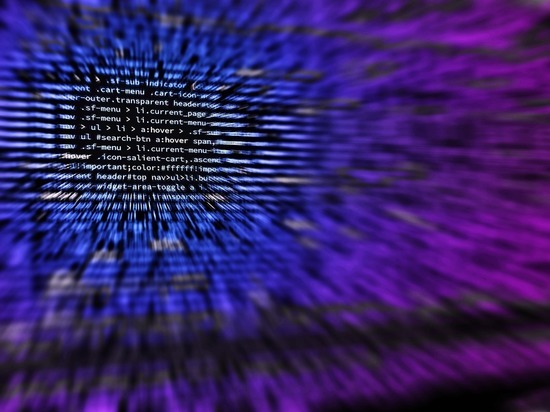 – Vladimir Borisovich, to finding cures for coronavirus joined the supercomputer MSU “Lomonosov-2”. Why? It seems that the medicine isn’t your field.

– The cure of syphilis, which Nobel laureate Paul Ehrlich, considered the founder of chemotherapy, received at the beginning of the twentieth century, called “Connection Ehrlich-606” – salvarsan. This means that in the effort to develop drugs that affect the causative agent of syphilis, was synthesized more than 600 different compounds, but only the 606th synthesis led to the success of the discovery of new drugs.

– What exactly is he looking for?

– Virus has a molecular mechanisms for their replication – reproduction, and this involved viral proteins. They have active centers, by which proteins perform their functions. The active center is typically small compared to the size of the whole protein normally consists of several thousand atoms, and the atoms of the protein, constituting the active center, forming something like hollows or cavities of complex shape on the surface of the protein.

And to inhibit the activity of this protein, it is necessary to invent a small molecule that, once in the human body, permanently associated with this active site of the virus, but not with any other proteins, and accurately enters this cavity as the key in the lock. Then the virus cannot reproduce and will die.

– In fact, the synthesis of molecules that can be used to influence the active sites of protein targets, and today is often almost blindly, by trial and error – even in large pharmaceutical companies.

And begin experimentally to find molecules that will bind with the protein target and block its work. But to choose it is necessary one molecule of hundreds of thousands, or even millions. Creating robotic systems, methods of combinatorial synthesis of many different molecules.

And we create a model on the supercomputer, and then calculate the energy of binding. And if it is high, giving this molecule biophysical-biochemists for experimental testing in test tubes – in vitro. Supercomputer molecular modeling using the program complex allows to iterate over many thousands, and even millions of molecules and to select the best of them!

Is molecular modelling, which carries out the positioning of the organic molecules in the active site of the protein target and gives an estimate of the binding energy of this molecule with the protein.

The higher this energy, the more effective the drug based on this molecule. And, the more detailed mathematical model, the more accurate the prediction, the less it will be necessary to synthesize new molecules and fewer to carry out experimental measurements of the activity of the molecules – candidates.

There are docking programs that perform docking of one molecule in a time less 1 minute. But mistakes in such calculations is large due to a too simplified model.

To obtain more reliable results of docking need more detailed models describing the binding of the molecule to the protein, but the docking of each molecule need at least an hour of time — for example, to consider the effect of water, from which, as we know, 70% of people that strongly screens the electrostatic interaction of the protein atoms and molecules medicines, carefully consider inter – and intra-molecular interactions, to take into account not only the flexibility of the molecule candidate, and the mobility of the atoms of the protein in its active center. Here the crucial role is played by modern methods of computational mathematics.

But if choosing out of a million molecules, one on each have to spend an hour, the medicine we receive is that in the next century!

– So one hour on the molecule is the work of a single computational kernel. A supercomputer can involve hundreds of thousands of cores — that’s the valuable part in this work!

But the Council on coronavirus scientists have still not found.

– They quickly decipher which protein is the virus and its reproduction. The obtained crystals of viral proteins, allowing x-rays to determine the position of each of the several thousand atoms of the protein in space, and it gives us the opportunity to create an atomic model and conduct a docking.

– But if we learned so much about this infection, why has still not found its “weaknesses” and not created from her medications and vaccines? When we launched, for example, your project?

– Work on the creation of the atomic model of one of the proteins of coronavirus, the selection and preparation of candidates molecules for docking in early March. At first I did not think to do it, but I was convinced my young colleagues. But the experience of similar work we have a large: ten years ago we worked on HIV medicines, and since 2005 has worked on the development of inhibitors for various protein targets.

How many people are working on this project for your team?

– Directly in the laboratory seven: Biophysics – graduate and PhD graduate of the faculty of computational mathematics and Cybernetics, Moscow state University, mathematician, graduate student, faculty of fundamental medicine and I, a physicist, became an expert in computer modeling. But we actively help the staff of the research computing center of Moscow state University, I hope you find them and experimenters who will be able to check the inhibitory activity found or designed by us molecules.

– I ask this to understand how soon you find the one the only “right” molecule, which will do away with the coronavirus?

First, these molecules we found but what was found on the computer, still need to confirm the experiment, and then tested against real viruses.

But I think that in the next few months will be found a sufficiently large number of molecules with confirmed in the experiments activity. And some of them will surely show quite a strong inhibition of viral protein, and can be transferred to test cell cultures.

However, this is only the beginning. Generally, if the preclinical trials on cells beyond a few hundred molecules after animal testing in clinical trials on humans will be included at best a few pieces and after a clinical trial the third phase on real patients – only one molecule. So for success you need to run a whole pipeline of development, starting with supercomputer calculations, and then prepared the medicine necessarily sure to be established as soon as possible.

– So you want to quickly…

– This requires the coordinated work of different specialists — and those models on the computer and those who synthesize new compounds, and those, who conduct experiments with proteins and viruses to animals and humans. And all this — on the basis of the latest achievements of fundamental research in the natural Sciences. That was the work of our fathers, creating a rocket, which flew in space Gagarin. So we have to work now!

The phenomenon of New Zealand why she suffered less than others from COVID, gene nation and the effect of "Casingaming"

Samara scientists have created a prototype of control system for nanosatellites

Scientists have increased the accuracy of the image scanning microscopes

Found a new relationship of excess weight and coronavirus