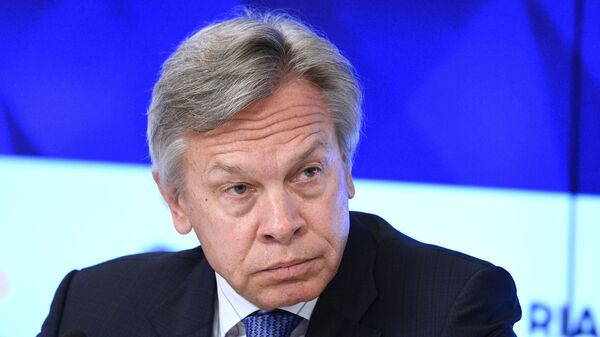 Russian Senator Alexey Pushkov wrote in Twitter that the New York Times received a Pulitzer prize for “a set of exciting stories” about Russia that were written supposedly with greater risk.

“Especially the newspaper risked his reputation when he wrote about the night trump with prostitutes in the “national” in Moscow”, — said the Senator.

The President of the United States, as noted Pushkov, has called this fake news.

“For this award,” concluded the Senator.

The Pulitzer prize is the most prestigious journalist award in the United States. It was established by the will and the means of journalist Joseph Pulitzer. For the first time the award was presented in 1917.