A group of scientists from Utrecht University in the Netherlands, created the antibody that prevents infection of living cells by the virus COVID-19 and blocks it, reports the Daily Mail. Such a discovery could be an important step towards developing effective treatments against a new type of coronavirus. 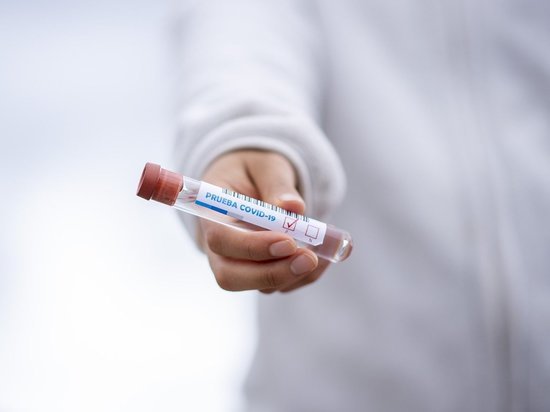 The antibody, known as 47D11, aimed at combating so-called “spiculum protein” (S-protein) of the new threat of infection, which it uses to connect to the cells and spread their genetic material.

Studies on cells of mice has shown that 47D11 binds to this protein, preventing its engagement and effectively neutralizes him.

The researchers emphasized that if you enter this antibody to the patient, it may change the “duration of infection” or to protect uninfected person exposed to the virus.

A monoclonal antibody, also called immunoglobulin, is a protective protein produced by the immune system. It recognizes and captures antigens (genetically alien substances) and removes them from the body. Molecules located on the surface of the antigen different from those that are in the body that allows the immune system to recognize it as foreign.

Antibodies are produced by specialized white blood cells called b-lymphocytes or b-cells. When the antigen binds with the surface of b-cells, it stimulates them to divide and maturation in a group of identical cells called clones.

Mature b cells (plasma cells) secrete millions of antibodies into the bloodstream and lymphatic system. As the circulation of antibodies they attack and neutralize antigens, identical to the one that caused the immune response.

The coronavirus that is causing the current pandemic is very similar in structure to the SARS-CoV, the causative agent of severe acute respiratory syndrome (SARS), whose outbreak occurred in 2002-2003. Through his early research, the team of scientists found that a human antibody neutralizes 47D11 has been studied not only SARS, but also new Covid-19.

“This study is based on the work done by our group in the past on antibodies targeted against SARS, which emerged in 2002/2003, says study co-author Professor Berend-Jan Bosch, Utrecht University. – Using our collection of antibodies to SARS, we found that neutralizes coronavirus infection of the new type in cultured cells”.

Dr. Bosch added that the ability of the antibodies to defeat both strains of SARS suggests that it may have the potential to mitigate diseases caused by future new types of coronaviruses.

In the laboratory, the researchers injected cells into mice “spinovye proteins” of different coronaviruses, including SARS and MERS.

Then the team identified the 51-neutralizing antibody produced by murine cells, which was aimed at neutralizing S-proteins. One of them was just 47D11, which failed to prevent infection of cells of SARS-CoV-1.

Successful 47D11 antibody associated with an enzyme called ACE2 – which is also present in coronavirus – and acts as a “doorway” through which the infection penetrates into human cells.

“Despite the fact that I find this development interesting, you need to understand that the process of introducing the people of the antibodies is not without its risks, told the Daily Mail Professor of Microbiology at the University of reading Dr Simon Clark. – It must go through proper clinical trials.”

“Without the results of any research on the living organism it is impossible to conclude that the product is effective, says the Daily Mail visiting Professor for pharmaceutical medicine at king’s College London Dr penny ward. The potential development would be considerably enhanced if an antiviral effect was observed in animal model”.

“To assess whether this antibody to protect or reduce the severity of the disease in humans, requires much more work,” says Dr. Stinson Wang, founder and CEO of Harbour BioMed. – We plan to promote the development of antibodies with partners. In addition, we believe that our technology can contribute to solving the most pressing problems in the field of public health.”