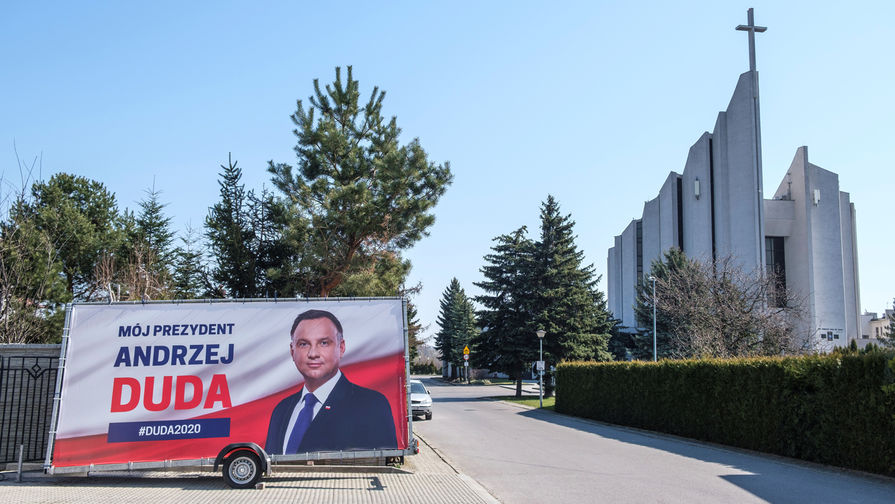 Poland can not decide presidential elections on the background of the pandemic coronavirus. The government’s plan to organize the vote at any cost breaks on the resistance from the Senate, the opposition and even loyal forces. Elections to be held on may 10, however, the authorities did not exclude transfer on 7 or 13 days. The main hope of the Cabinet of Ministers voting by mail — is under threat.

Before the election of the President of Poland remained four days, however, their implementation is still in question. As stated by Deputy Prime Minister Jacek Sasin, the organization of voting on may 10 was a difficult task, so the government is considering transferring it to a 17 or may 23.

“On the eve of the elections, the poles do not know when the vote will take place. For this mess is responsible to the Senate with the opposition. They took the decision to torpedo the elections,” — said the Sasin.

We are talking about a protracted discussion of the government bill on voting by mail in the Polish Senate. As expected, the decision will be made a few days before the election, which creates tremendous difficulties in their organization, because the ballots to residents of Poland were to get another seven days before a vote. However, to start to put it because the act of postal voting has still not entered into force.

“If the act will come into force on may 7 to prepare the electoral process in 2 days is impossible. Such delays are associated with malicious intent”, — concluded the Sasin.

In turn, the government of Poland there are no legal instruments for the postponement of the elections at the last moment, and, consequently, the electoral process as a whole is under threat. In addition, the Senate may reject the amendments on postal voting, returning the controversial bill back to Parliament.

However, in this case, the Parliament has the right to approve the election by mail by a majority of votes, which currently belongs to the ruling party “law and justice” and their partners “Consent”. However, there are pitfalls, according to radio ZET, not all MPs are ready to support this initiative.

Opponents of the postal ballot are parliamentarians from the “Harmony”, they can disrupt the vote and destroy the plans of the ruling party for the presidential elections in this format.

“If “Consent” will not show loyalty, then it will choose a different political path. This course will not be tolerated,” said Jacek Sasin.

He also pointed out that in such conditions the party will have to get out of the “United right” is an informal political Alliance of conservative “Law and justice”, “Consent” and the “United Poland”.

The government of Poland has repeatedly criticized both inside the country and from other States due to the persistent desire to organize presidential elections in the previously scheduled date. The basic contradictions causing factor of the pandemic coronavirus, which can not afford to hold a traditional ballot, and also prevents the active conduct of the election campaign.

According to the latest data, in Poland there were almost 14.5 thousand cases, including 716 lethal. To combat the spread of the virus, the government resorted to harsh measures, in particular, canceling all public events, thus depriving the opposition the opportunity to actively participate in the presidential race.

The situation plays plus only one candidate — the incumbent President Andrzej Duda, causing the wrath of his rivals who advocate a boycott or postponement of elections to obtain a just result.

Alarmed foreign observers and the European Commission, they doubt the possibility of organizing a safe and legitimate elections in such conditions, and noted a number of risks during the counting of votes. The latter is due to the desire of the authorities to hold elections by mail, which eliminates the involvement of the electoral Commission and actually shifts the duties of the elections to the Polish post office.

The boycott as a way out?

The option of the boycott of the elections by the opposition, is likely to let the Dude no problem to be re-elected for a new term, which calls into question the reliability of this approach. As he wrote to Politico, the authorities seek to hold elections on may 10 “at any price” because they’re afraid of falling popularity of the incumbent President after the completion of the pandemic.

The refusal of the opposition from voting will play into the hands of the government, allowing to avoid the risks of a second round of elections, during which the dude could play. Currently, with the presence of rivals, the leader of Poland probably won’t be able to win in the first round.

According to the may poll Pollster, the rating of the pipe is 40.5%, the second place takes the journalist Szymon Hołownia — 20,3%, in the third the leader of the Polish peasant party Vladislav Kosiniak-Cane from 14.3%, and the fourth goes to the representative of the largest opposition party “the Civil platform” the Malgorzata Kidawa-Blonski at 10.4%.

In such circumstances, if all the candidates will take part in the elections, Duda is not expected to be able to gain the necessary 50% of votes in the first round, which will automatically lead to the organization of the second phase of elections.

However, we should not forget that the fate of election is in the hands of the deputies of the Polish Parliament, not candidates. If the deputies of the “Consent” refused to support the bill on elections by mail, the vote will still have to move. On what date is an open question, but technically the government has only one legitimate tool for this.

If the government declares that Poland is in a state of “natural disaster” because of the coronavirus pandemic of, any election can be held only 90 days after the completion of CHS.