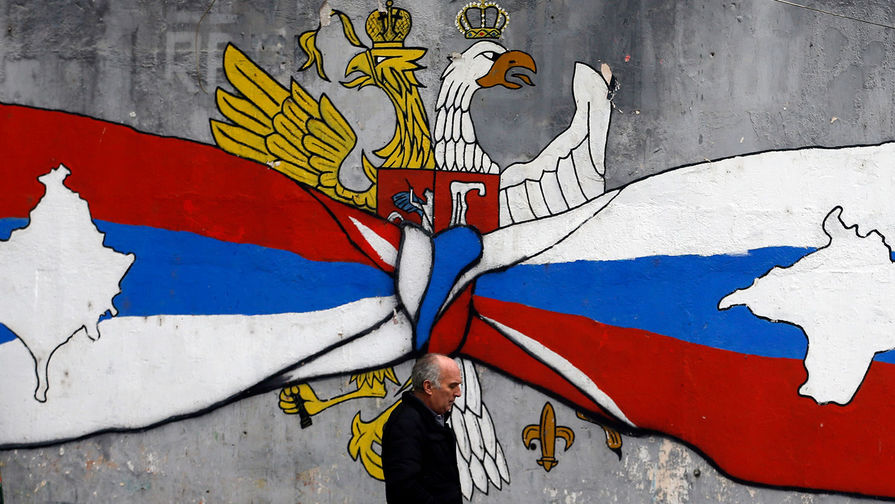 The EU and Balkan countries have documented that Brussels provided to the region more help than anyone else. The European Union is concerned about the growing influence of Russia and China in the region in the light struck the world of the pandemic of coronavirus. Despite the increasingly clear trend towards authoritarianism in the Balkan countries, the Union hopes to permanently secure the region as its sphere of influence.

The European Union during a pandemic coronavirus has provided the Balkan States of Albania, Bosnia and Herzegovina, Serbia, Montenegro, Macedonia and Northern Kosovo unrecognized — help more than any other international partners. This is stated in the Declaration adopted at the end of the online summit, which was attended by the leaders of the 27 EU countries and six Balkan States.

The document also States that Brussels maintains a strict commitment to the accession perspective for all the six States in the Association.

As noted during the press conference, Prime Minister of Croatia Andrey plenkovich, the EU “adopted a new methodology” that will help Serbia, Montenegro, Albania and Northern Macedonia to join the EU. He added that Bosnia and Herzegovina, Croatia, also deserve the status of candidate country.

However, any breakthrough statements were made, that was expected and up to the summit.

The leaders acted in a neutral manner, to avoid unnecessary controversy, which in the Balkans a lot. It should be noted though that seven participants of the summit do not recognize the independence of Kosovo, with whom they now had to engage in a dialogue.

In order not to provoke unnecessary conflict all the participants of the online meeting even refused the use of national and state symbols. According to the Albanian news Agency Telegrafi, this decision is connected with the definitive position of Spain, which has refused equal dialogue with Kosovo.

Initially, the summit was to be held in Zagreb and become the main event of the presidency of Croatia to the EU. Because of the pandemic, the meeting could be broken completely, however, the Chairman of the European Council Charles Michel called for it in the format of videoconference.

The cancellation of the summit would not be the best solution for the EU, especially considering the problems that appeared in the light of the pandemic.

According to Reuters, an important part of the online meeting was a demonstration of discontent of the European Union the growing influence of Russia and China in the region against the backdrop of the fight against coronavirus.

“The summit itself is a signal: we want you to join [the EU]. But we also want to say: you can’t just pander to China and Russia when it suits you,” said one of the sources of the Agency.

While in conversation with sources sounded the outrage of European diplomats that the Balkan States have not properly evaluated the funding of €3.3 billion that they have allocated the EU to combat coronavirus.

In their opinion, this support from the EU, more significant than the humanitarian aid that Russia and China give to Serbia and Bosnia and Herzegovina.

The provision of material assistance to the Balkan States was enshrined in the text of the Declaration of the Zagreb summit. In this €2.45 billion will be directed to the recovery of the economies of the Balkan States after the crisis and the remainder of the amount allocated to support national health systems.

However, a massive financial aid package was not the main news of the summit. The European Commission announced the decision a week ago.

“We must help the Western Balkans as their future is directly linked to the EU”,

— said the head of the EC Ursula von der Leyen.

At this point, the talk about the fact that the EU has thrown the Balkan States to cope with the epidemic alone, lasted for more than a month.

The Serbian President Aleksandar Vucic in March was strongly criticized Brussels and, at the same time, with laudatory speeches against the Chinese leader XI Jinping. At the time China was the only country who supplied protective masks and other medical equipment to Serbia. Soon to the aid of Belgrade also came and Moscow, sending in military doctors.

Russia tried to do the same thing in Bosnia and Herzegovina after the appropriate request from the Republic of Srpska. Subsequently, however, the Minister of security of the state of Fahrudin Radoncic refused to grant permission to Russian military experts to enter the territory of the Republic.

However, the “Russian influence” is not very noticeable and in Serbia. During the summit, Vucic confirmed no alternative to the European path to Belgrade. Speaking about the lack of European solidarity at the initial stage of a pandemic, he stressed that actions speaks louder than words, and recalled the assistance that Serbia had European States.

The only countries where the EU since the beginning of the pandemic clearly able to attract the sympathy on their side, are North of Macedonia and Albania.

While the pandemic is in no way associated: on March 24, the governments of these States announced the official start of negotiations with Skopje and Tirana on their accession to the EU.

As pointed out by the Minister of foreign Affairs of the North of Macedonia Nikola Dimitrov, the decision on the start of negotiations during the crisis gives great hope: “When the coronavirus will remain in the past, we will have a European future. This is a ray of light in the dark.”

However, the growing influence of Beijing and Moscow in the Balkans — it is rather a symptom of a more serious problems in the region. “The risk is not that the Western Balkans will go to the Chinese Eldorado. The fact that the region will sink — in the social, economic and democratic terms — under the influence of the epidemic and revealed its realities,” writes in a column for Politico Director of the Italian Institute of international relations and author of the Global EU strategy Nathalie Tocci.

She pointed out that over the last 10 years the Balkan States had regressed to authoritarianism. This thesis is confirmed by the examples of Serbia and Montenegro.

According to the report of Freedom House, Belgrade and Podgorica for the first time since 2003 ceased to be classified as a democracy of the transitional period, down to the level of hybrid and semi-authoritarian regimes.

The democratic reforms necessary for accession to the EU, no longer seems so important. Including because the EU itself in recent years mired in internal contradictions, according to the report. Active policy of Russia and China in the region has exacerbated this trend, once again transforming the Balkans in a geopolitically unstable region.

According to Natalie Tocci, pandemic coronavirus even more clearly showed the vulnerability of the Balkan States and their need for external partners. However, the current crisis will probably contribute to the demise of globalization in its current form. In her opinion, the country will come to a more narrow regional cooperation and in such circumstances the only way for the Balkans — close cooperation with the European Union.

Despite the increasingly obvious tendencies of the countries of the region toward authoritarianism, Brussels needs to accelerate the process of accession to the EU.

Tocci hopes that European integration and a more insistent demand reforms will contribute to a reverse of democratization, as the current care in the authoritarianism, in her opinion, is a sign of weakness and the need for support.

“This is an opportunity that the EU cannot miss,” she said.