6 may on a meeting on the implementation of previously adopted measures to support the economy and social sphere, the Minister of health Michael Murashko said that the stronger sex are much more vulnerable to coronavirus than the weak. And infected, according to the head of the Ministry of health, men are more often sick and heavier, and complications stick to them more than to the ladies. About why this is happening, “MK” told the doctor-infektsionist Nikolay MALYSHEV. 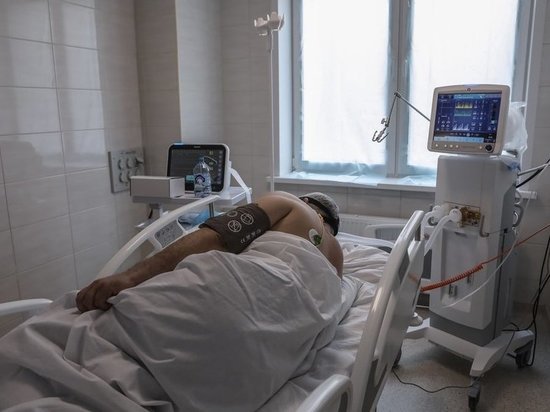 A particularly severe form of the disease in the current pandemic, according to the observations of the Minister, demonstrate several groups of patients. First of all, the people of age group 60+ as well as the Chronicles of suffering from hypertension, diabetes and obesity. But along with them in a special risk group, the Minister Murashko included representatives of the stronger sex: “We see that men suffer harder than women,” he said.

Similar views have been expressed before. Some scientists, for example, claim that all the matter in the case of the coronavirus in lung tissue differences in men and women: to the male version of, say, the virus sticks harder and affects him more, and hence the avalanche dynamics of the disease.

Others, like, say, the Spanish neuroscientist from the Open University of Catalonia Diego Regolar, noted that men are more often the victims of coronavirus because of their addiction to Smoking. In his interview Regular says that this trend manifests itself in almost all parts of the globe, and even gives statistics, according to which complications and deaths in men occur almost in 2,5 times more often than women. And this ratio does not depend on age!

A similar point of view is shared by Russian expert Nikolai Malyshev:

– Unified statistics will not name, because in different places it is different. But overall, really, men are exposed to risks of infection with coronavirus and a more severe course of the disease more than women, he said “MK”.- The reason for this phenomenon— particularly in a less healthy way of life of men and in particular to such bad habits as Smoking and drinking alcohol.

However, all of the above, according to the expert, refers not only to the current pandemic coronavirus, but to all other diseases haunting humanity.

– The difference in the tissues of the bodies of men and women are not to blame — and that in organ transplantation and gender is not taken into account, confirms that fact. Actually, the fact is that men are inherently less resistant to adverse external conditions of life than women. And therefore often suffer from many different diseases and often die. Not by chance, indeed, that in every 489 girls are born on the earth 511 boys, some of which will die relatively early. In the end, about 40 years, the number of women and men are approximately aligned. And then women have more. So staged nature of the male body: it is less resistant to change than women’s, which features great stability. For this reason men die early.

Statistics of the current pandemic as a whole also lies in this line:

– Doctors there are known cases of recovery from a coronavirus women at the age of 93 and 104 years,- the expert reminded.- It is true that among men there are “a tough nut”. There was, for example, I have a patient, who was imprisoned in the Gulag from 1937 to 1955. Let him there he lost all his teeth. But he came out of the camp and then lived for almost 95 years. So the main thing is, I think, not the sex of the person, and his remaining life energy. One of her more, and he survives, everything is breaking!